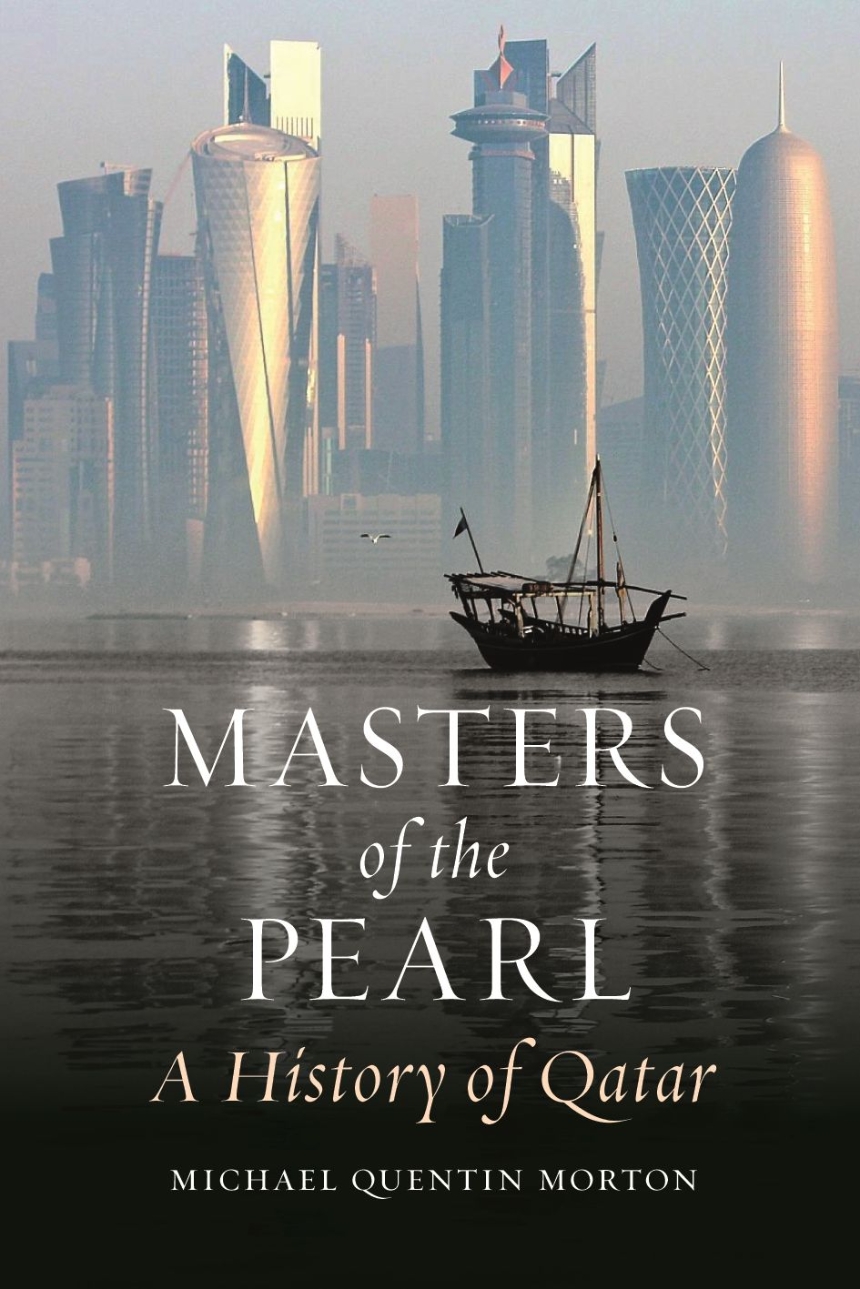 Masters of the Pearl

A History of Qatar

Masters of the Pearl

A History of Qatar

Qatar is a country of spectacular contrasts: from pearl fishing, its main industry until the 1930s, to gas and oil, which generate immense wealth today; to famously being at the center of both triumph and controversy in recent years for hosting the 2022 FIFA World Cup. Almost a lifetime since he grew up in Qatar, Michael Quentin Morton writes about the country’s colorful past and its astonishing present. The book is filled with stories about the people of this land: the tribes and the travelers, the seafarers and slaves—as much a part of Qatar’s history as its rulers and their wealth. The opaque Arabian world guards its secrets well, but Masters of the Pearl penetrates the veil to shed light on a country that until now has defied explanation.

"Morton draws the reader in by weaving a well-written tale of tribal intrigue, regional and historic animosities, and big power rivalry. It is a history that on the one hand illustrates the forces that have shaped Qatar and other Gulf states and on the other describes how much the region has and is changing as the result of economic and social development and wealth garnered from oil and gas. Masters of the Pearl constitutes a critical, yet compassionate contribution to an understanding of a small state that manages to punch above its weight and the stormy winds that attracts."

"This study details the history of Qatar, a small country barely larger than Puerto Rico, as poor in documented history as it is rich in oil and gas wealth. Morton explains how old tribal feuds originating in the interior of the Arabian Peninsula reverberate today; sketches the background to the treaty signed with the British in 1868, which separated Qatar from Bahrain and put the Al Thani tribe (still the ruling regime) in power; discusses how Qatar became a British Protectorate in 1916; and describes how oil and gas rescued the country from the crisis caused by the collapse of the pearl trade in the 1930s. This book is mostly a political history . . . but it clarifies the historical causes underlying the current tensions with the UAE and Saudi Arabia, which resulted in the 2017 embargo. Importantly, the book helps readers understand how Qatar continues to punch above its weight. . . . Highly recommended."

“Qatar's founder Sheikh Jassim has a luminous place in these pages, for when he died, he left pearls valued at 600,000 rupees (£7.5m). As Morton observes, ‘pearling more than anything determined the human patterns of this land.’ While Qatar was a linchpin of pearling's halcyon era at the start of the twentieth century, the arrival of artificially produced pearls killed the trade; ‘in the 1930s the country faced ruin.’ However, the discovery of oil transformed Qatar’s fortunes. Where once there had been ‘grazing camels, perhaps a passing Bedouin or two; now there were oil tanks rising up.’ . . . The author has a special affinity with Qatar: in the 1950s, he lived in the Dukhan oil camp with his family (his father was a geologist). However, as Morton concedes in his readable history, change came at a cost, for ‘villages were abandoned . . . and new jobs in the shiny oil industry beckoned.’”

"Masters of the Pearl: A History of Qatar deftly tracks the emergence of the Al Thani dynasty from its merchant roots in the Gulf’s mid-nineteenth century pearling industry to ruling one the richest nations in the world by per capita income. It is a well-told story that peels off the wrapping, to paraphrase Churchill, to the mystery inside an enigma that is the riddle of Qatar. . . . It is a story of many moving parts but Morton obligingly provides potted profiles of the main characters, genealogical tables of the Al Thani and Al Khalifa dynasties, as well as a useful glossary of Arabic terms to help the reader through the mind-numbing intricacies of the region’s tribal interactions."

"That rare pearl: an accessible book on a Gulf country that also manages to be well-researched. Recommended for students and visitors alike, Quentin Morton's prose reveals a passion for the Qatar of old where he lived the early years of his life. Qatar today is now a regular, international news headline. This book puts that news in context."