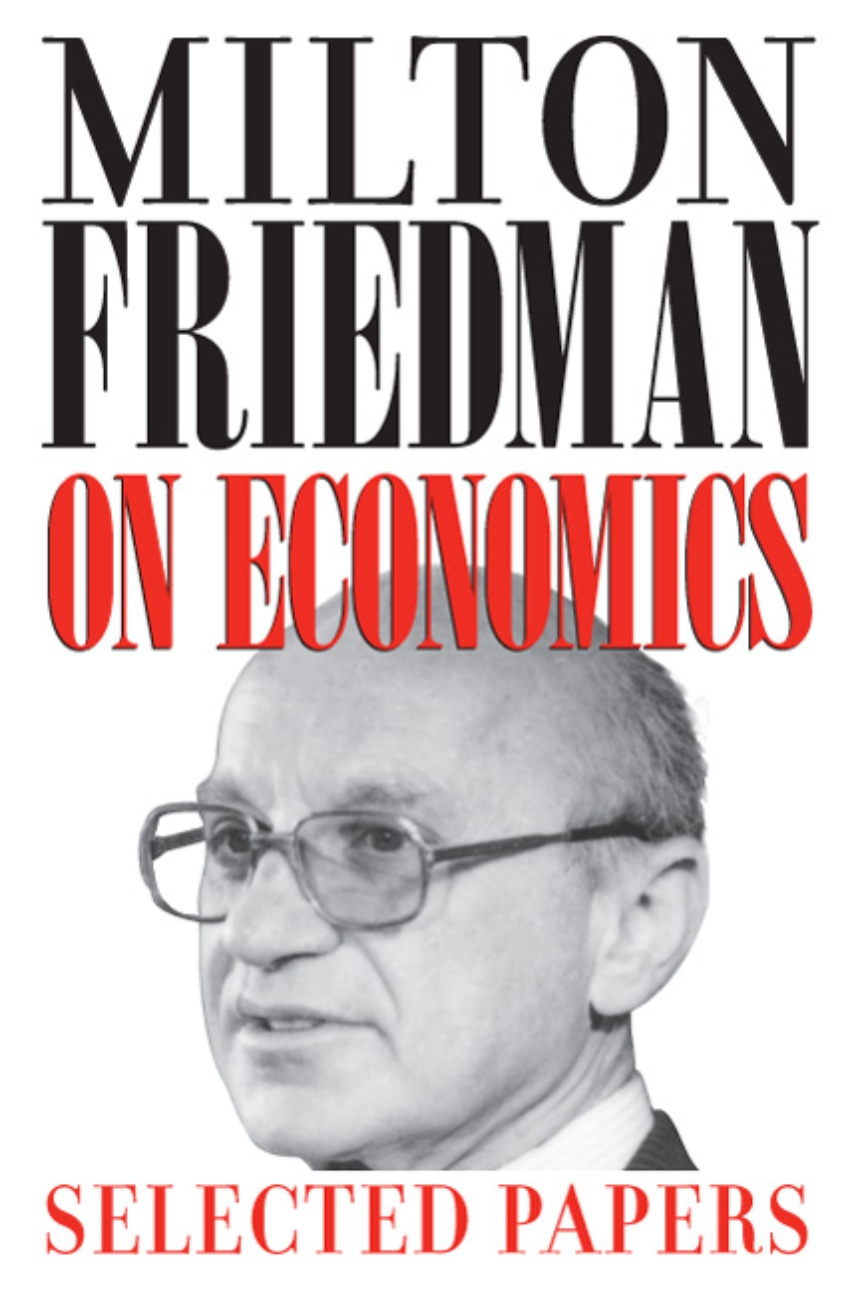 On his death in the autumn of 2006, Milton Friedman was lauded as “the grandmaster of free-market economic theory in the postwar era” by the New York Times and “the most influential economist of the second half of the 20th century” by the Economist. Winner of the Nobel Prize in Economics in 1976, Friedman was both a highly respected economist and a prominent public intellectual, the leader of a revolution in economic and political thought that argued robustly in favor of virtues of free markets and laissez-faire policies.

Milton Friedman on Economics: Selected Papers collects a variety of Friedman’s papers on topics in economics that were originally published in the Journal of Political Economy. Opening with Friedman’s 1977 Nobel Lecture, the volume spans nearly the whole of his career, incorporating papers from as early as 1948 and as late as 1990. An excellent introduction to Friedman’s economic thought, Milton Friedman will be essential for anyone tracing the course of twentieth-century economics and politics.

The Expected-Utility Hypothesis and the Measurability of Utility
Milton Friedman and L. J. Savage

The Demand for Money: Some Theoretical and Empirical Results
Milton Friedman

Interest Rates and the Demand for Money
Milton Friedman

The Crime of 1873
Milton Friedman