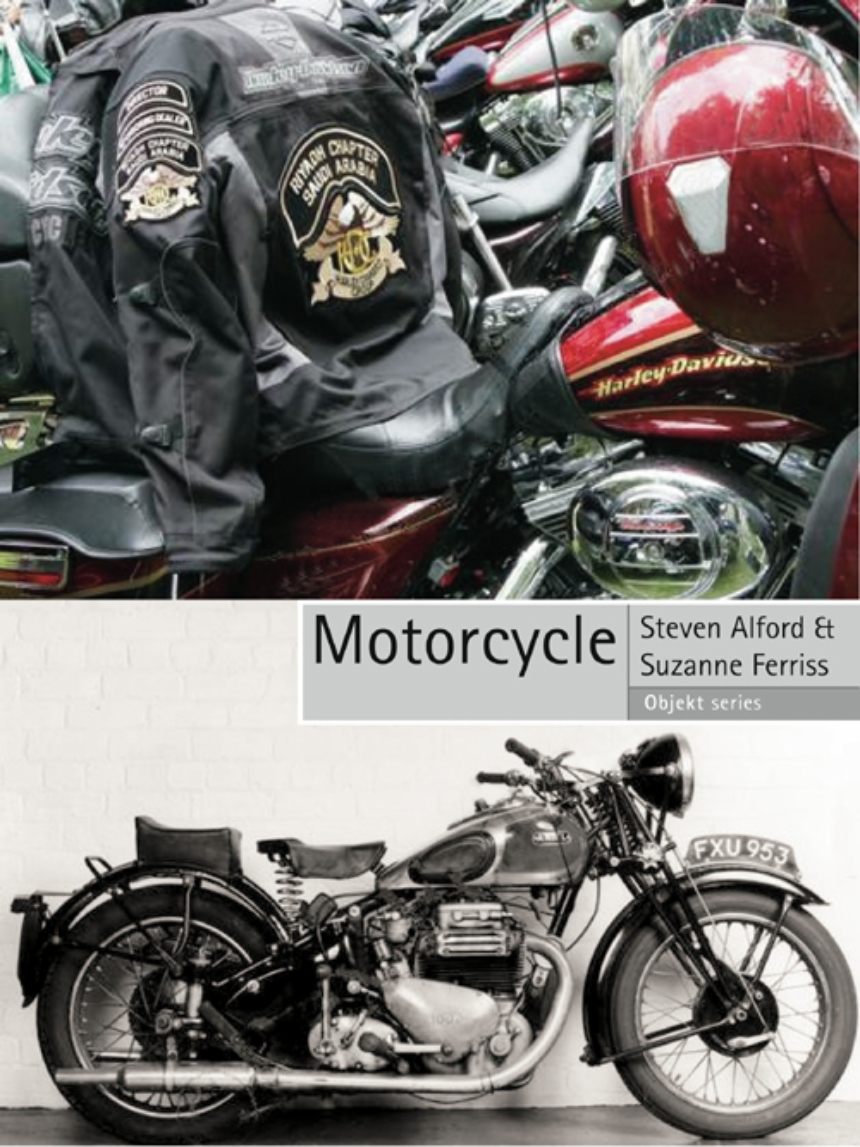 Easy Rider. Motocross Grand Prix. James Dean in Rebel Without a Cause. The motorcycle is a global icon of untamed freedom, symbolizing a daring and reckless lifestyle of adventure. Yet there are few books that chronicle how and when this legendary vehicle roared down the open road. Motorcycle explores the roots of the rebel’s ultimate ride.
After early incarnations as a nineteenth-century steam-powered bicycle and multi-wheeled vehicles, the modern motorcycle came into its own as a cheap, mobile military asset during World War I. From there, it rapidly spread through modern culture as a symbol of rebellion and subversive power, and Motorcycle tracks the symbolic role that the bike has played in literature, art, and film. The authors also investigate the international subcultures that revolve around the motorcycle and scooter. They chart the emergence of American biker culture in the 1950s, when decommissioned fighter pilots sought new ways to satiate their desire for thrill and danger, and explore how the motorcycle came to represent the untamed nonconformity of the American West. In contrast, smaller scooters such as the Vespa and moped became the utilitarian vehicle of choice in space-starved metropolises across Europe and Asia. Ultimately, the authors argue, the motorbike is the exemplary Modernist object, dependent on the perfect balance of man and machine.
An unprecedented and wholly engrossing account, Motorcycle is an essential reading for the Harley-Davidson roadhog, bike collector, or anyone who’s felt the power of the unmistakable king of the road.

"Through their wide-ranging study of history, technology, literature, film, fashion, and aesthetic design, Alford and Ferriss have created the most extensive, perceptive, and rewarding inquiry yet into the role of the motorcycle and our fascination with it."

Ed Youngblood, past president of the American Motorcycle Association and editor of Motohistory

“Motorcycle takes you from the motorized bicycle to the life cycle of Bosozoku gangs; from the concept of ‘flow’ to leather and sexuality; from Broughs to toughs to white-gloved Motor Maids. Like a good motorcycle ride it leads you into new territory and gives you a fresh sense of familiar terrain. International in scope, informative and provocative, it opens up the field of motorcycle culture and design.”

Ted Bishop, author of Riding with Rilke: Reflections on Motorcycles and Books

"An exploration of the ’fact, myth and legend of the motorcycle.’"