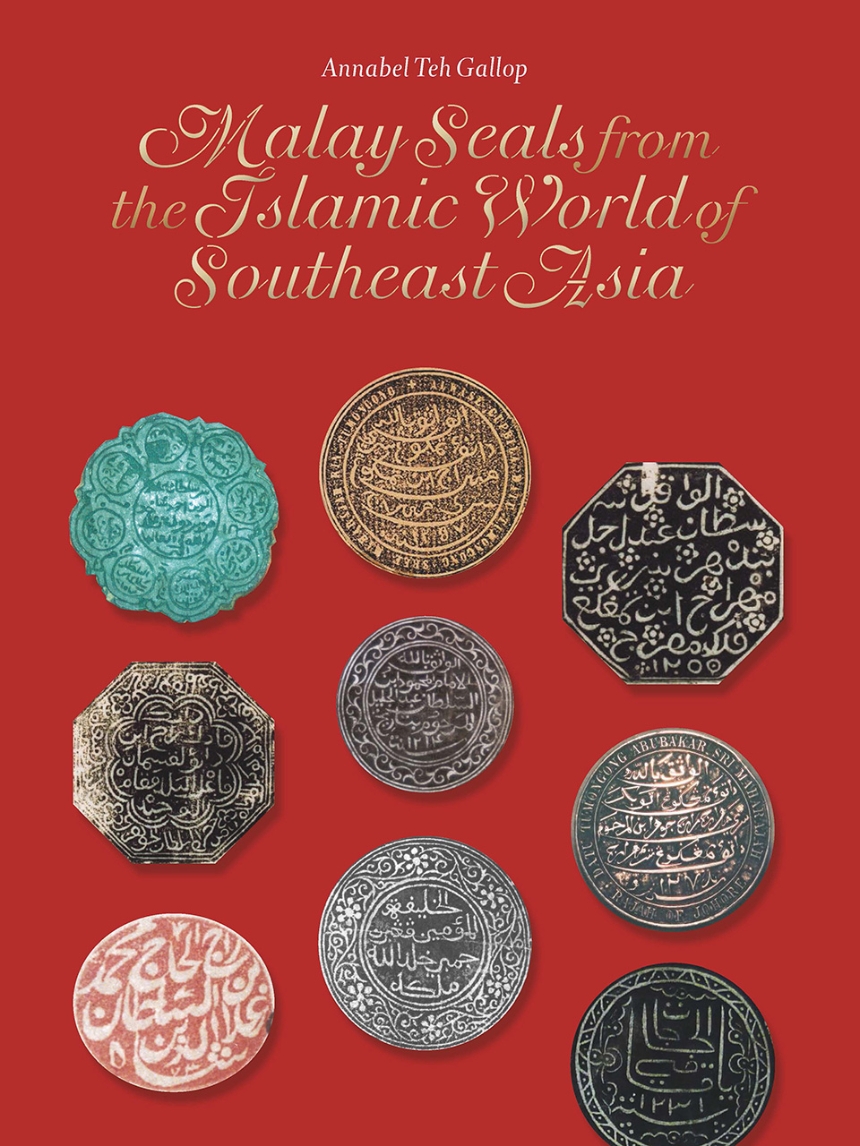 Malay Seals from the Islamic World of Southeast Asia

Malay Seals from the Islamic World of Southeast Asia

Malay seals originate from those parts of maritime Southeast Asia long connected by political, economic, and cultural networks; the lingua franca of the Malay language; and the faith of Islam. Seals make up an important element in the manuscript and literary culture of the region. Defined as seals from Southeast Asia or used by Southeast Asians, with inscriptions in Arabic script, Malay seals constitute a treasure trove of data that can throw light on myriad aspects of the history of the Malay world, ranging from the nature of kingship, the administrative structure of states, the biographies of major personalities and the form of Islamic thought embraced, as well as on developments in the art and material culture of the region.
This important reference work describes and analyses the Malay sealing tradition, carefully cataloguing more than 2,000 seals sourced from collections worldwide, primarily seal impressions stamped in lampblack, ink, or wax on manuscript letters, treaties, and other documents, but including some seal matrices made of silver, brass, or stone. These Malay seals originate from the present-day territories of Malaysia, Brunei, Singapore, and Indonesia as well as the southern parts of Thailand and Cambodia, and the Philippines, and date from the second half of the sixteenth century to the early twentieth century. Complete transcriptions and translations of the Jawi inscriptions are provided, bringing the seals to light as objects of literary and art historical analysis, and key resources for an understanding of the Malay Islamic world of Southeast Asia in the early modern period.

This exemplary piece of scholarship will be the essential and definitive reference work on the sigillography of the Muslim Malay world for a very long time to come. . . . Most elegantly designed, this book has the outward trappings of an attractive coffee table book.”

“This book makes an exceptional companion to a wide range of topical areas in Southeast Asian studies, such as the institution of kingship in Muslim states, early modern diplomacy, material culture and localization of transregional ideas and practices, to name several. Turning the pages of Malay Seals is without doubt going to be a delightful experience for any researcher and enthusiast on the history of Southeast Asia and the Islamic world.”

Journal of the Malaysian Branch of the Royal Asiatic Society

“The book contains no fewer than 785 large pages and is, in one word, amazing. For the first time it records, presents, translates, and explains the astonishing large number of 2,168 seals…. No book on seals from Southeast Asia has been published ever before and this amazing work has established itself in one go as the reference work on these objects which, in my view, will undoubtedly never be attempted again.”

“This highly specialized and beautifully illustrated book is a landmark in the study of Muslim societies in Southeast Asia…. The content of the catalogue is so rich that I think there is something for everyone…. ​​this monumental book is an important step forward in the further integration of the study of Islam in Southeast Asia into the study of the Islamic world at large.”