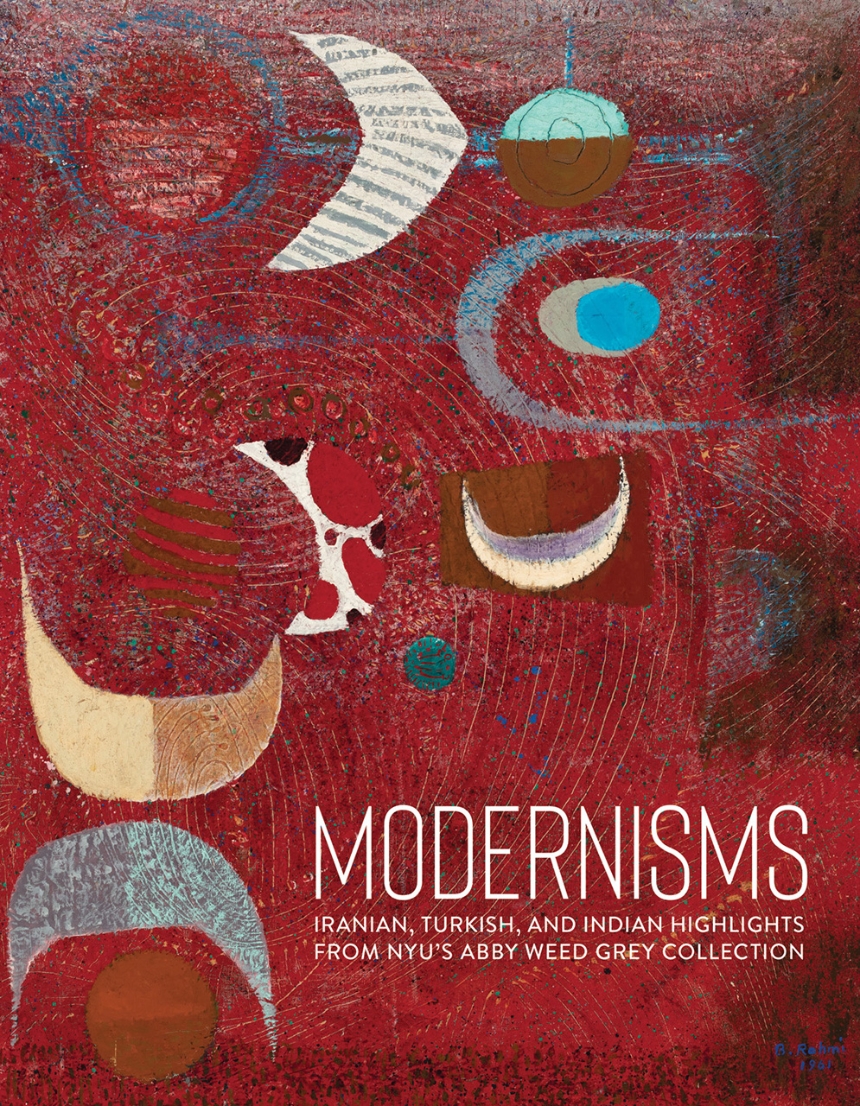 Modernisms is the first book to offer a crosscultural exploration of modern art from Iran, Turkey, and India. Focusing on select works from the Abby Weed Grey Collection of Modern Asian and Middle Eastern Art at New York University, the contributions here discuss significant pieces from the 1960s and early 1970s. Along the way, Modernisms outlines a welcome alternative to the long-dominant focus on North American and western European art.

With nearly seven hundred artworks, the Abby Weed Grey Collection represents the largest institutional assemblage of modern Iranian and Turkish art outside of Iran and Turkey as well as the most important trove of modern Indian art in an American university museum. Modernisms, which accompanies an exhibition at NYU’s Grey Art Gallery, introduces paintings, sculptures, drawings, and prints from the three countries along with biographical narratives on the artists. More than one hundred color illustrations make the book an authoritative visual resource.

Featuring fresh scholarship from a range of voices, among them Fereshteh Daftari, Shiva Balaghi, Susan Hapgood, and Ranjit Hoskote, Modernisms powerfully argues for the importance of nonwestern art as a component of modernity—and defies the long-held belief that other forms of modernism can only be second-rate.

"An alternative to the dominant notion of modern art—i.e., that it is concentrated in North America and Western Europe—the work analyzed in this book is by long-overlooked non-Western artists. The catalogue comprises, in addition to the essays, biographies of the dozens of artists represented and color images of 120 works of art from Grey’s collection of more than 700 artworks. Masterfully edited and laid out by Gumpert (director of the Grey Art Gallery), the book underscores the significance of West Asian and South Asian art throughout the 1960s and 1970s."