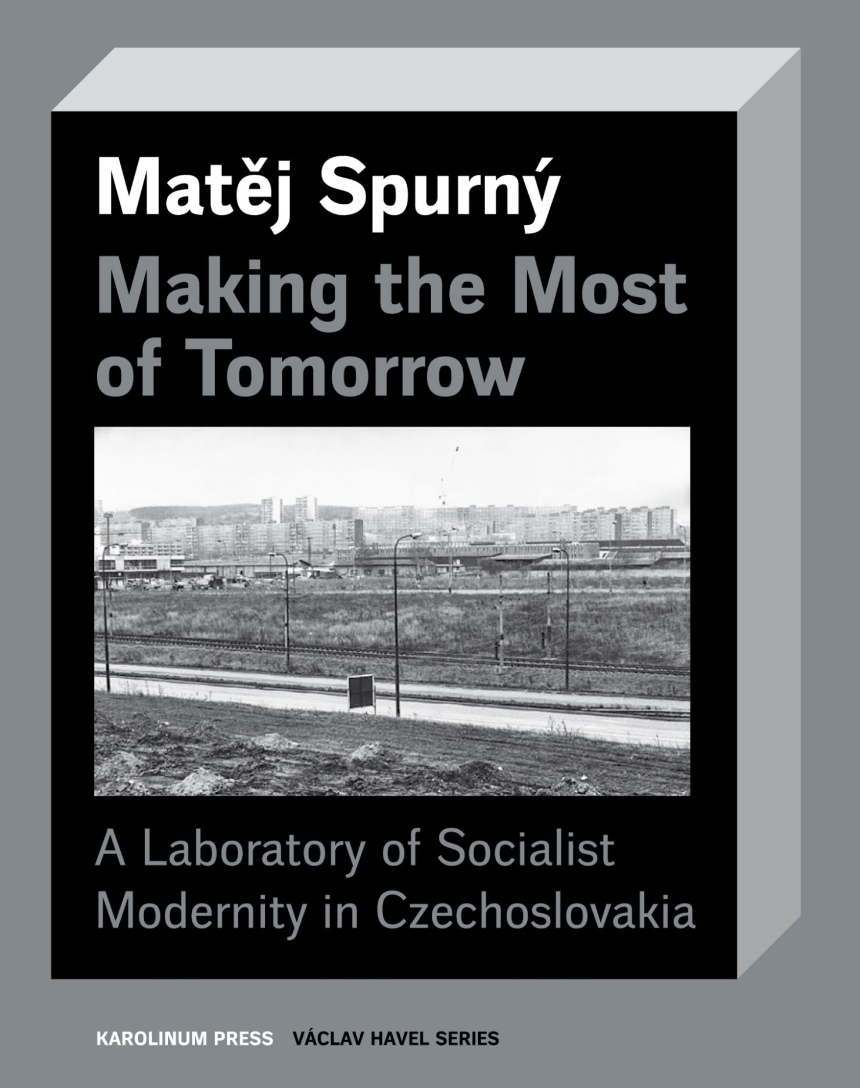 Making the Most of Tomorrow

A Laboratory of Socialist Modernity in Czechoslovakia

Making the Most of Tomorrow

A Laboratory of Socialist Modernity in Czechoslovakia

Most, one of the most impressive historical cities of Northern Bohemia, was destroyed in the sixties and seventies for coal mining. When plans to redevelop the city began, hope and expectations ran high; in the end, however, Most became a symbol for the heartless incompetence of Czechoslovak communism.

In this book, Matěj Spurný explores the historical city of Most from the nineteenth century into the years following World War II, investigating the decision to destroy it as well as the negotiations concerning the spirit of the proposed new city. Situating postwar Most in the context of cultural and social shifts in Czechoslovakia and Europe as a whole, Spurný traces the path a medieval city took to become a showcase of brutalist architecture and the regime’s technicist inhumanity.

But the book, like the city of Most itself, does not end in tragedy. Fusing architectural and political history with urban and environmental studies, Spurný’s tale shows the progress that can be made when Czechs confront the crimes of the past—including the expulsion of local Germans and the treatment of the Romani minority—and engage with rational, contemporary European concepts of urban renewal.

“This is the remarkable story of a venerable town destroyed to dig a coal pit, and of a new town that was supposed to be better than the old one. Spurný effectively combines urban, environmental, and technological history in a wide-ranging exploration of a belief in progress and its fading power. Not the least of his achievements is to place socialist Czechoslovakia at the center of an international crisis of modernity.”

Brian Ladd, University at Albany, SUNY, author of “The Ghosts of Berlin”

“Spurný’s book on the town of Most is fascinating reading. Spurný explores the common European ground of urban utopia in the early twentieth century and the socialist path to realizing it. In doing so, he contributes to the understanding of both the decline of socialism and the general change in values that has taken place in the East and West since the 1960s.”

Christiane Brenner, Collegium Carolinum–Research Institute for the History of the Czech Lands and Slovakia

“This fascinating micro-study of the destruction and reconstruction of the north Bohemian mining town of Most serves as a far wider analysis of the contradictory and convulsive socioeconomic, cultural, and environmental modernization of communist Czechoslovakia through to post-1989 developments. It is essential reading for anyone interested in the contemporary history of Eastern Europe.”

“A beautifully written book crucial to understanding a tragic chapter in our recent cultural history.”

“Spurný’s work offers one of the most sophisticated contributions to the study of normalization in Czechoslovakia, especially since he examines the entire Communist experiment in the broader context of the postwar mindset, encompassing Western democracies as well.”

“The crux of Spurný’s work is a search for the source of legitimacy for the complete destruction, physically and culturally, of a city that had been an important regional center since the thirteenth century. The author makes it clear that he considers the act brutal and barbaric, but he is not content to simply leave the readers angry and disgusted by the perpetrators of the city’s destruction. The world of socialism and communism was driven by the belief that technological progress would liberate and improve the lives of everyone, even if the price was destruction—both aesthetic and environmental. Such a paradox continues today with the failure of neoliberalism and worsening global warming. The book concludes with an elegy for modernity, whose utopia was realized technologically, but failed socially. The collapse of Czechoslovak communism is a sobering reminder that the modern world was built upon irreparable destruction. The future is Most empty.”

“The history of contemporary Most doesn’t appear here as a single episode of state socialism in Central Europe in the past, but rather as a manifestation of the ungrounded faith in technology and progress, which still governs our world today. Spurný has presented a highly readable book which succeeds both as a regional study with a broad scope and as a historically based critique of late modernity.”