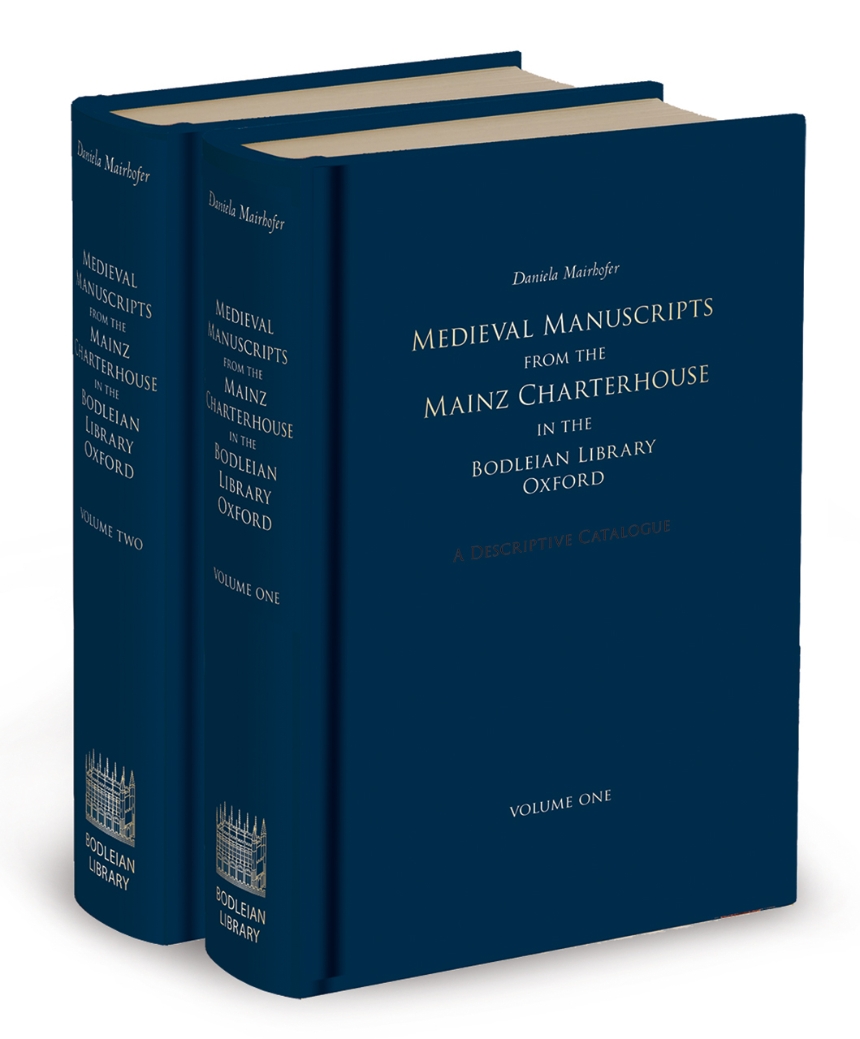 Medieval Manuscripts from the Mainz Charterhouse in the Bodleian Library, Oxford

Medieval Manuscripts from the Mainz Charterhouse in the Bodleian Library, Oxford

The Bodleian Library is one of the few libraries outside Germany with a substantial number of medieval manuscripts from the German-speaking lands. These manuscripts, most of which were acquired by Archbishop Laud in the 1630s, during the Thirty Years War, mainly consist of major groups of codices from ecclesiastical houses in the Rhine-Main area, that is Würzburg, Mainz, and Eberbach. Their potential contribution to the religious and intellectual history of these foundations and to the study of German medieval culture as a whole is immeasurable.

These volumes contain descriptions of more than one hundred medieval manuscripts, mostly Latin, from the Charterhouse St. Michael at Mainz. Dating from the tenth to the fifteenth centuries, they reflect the spirituality and literary interest of the Carthusian order. The first major publication on the Mainz Charterhouse manuscript collection, this two-volume edition provides authoritative and superbly detailed descriptions, including information about the physical characteristics, decoration, binding, and provenance of the manuscripts.