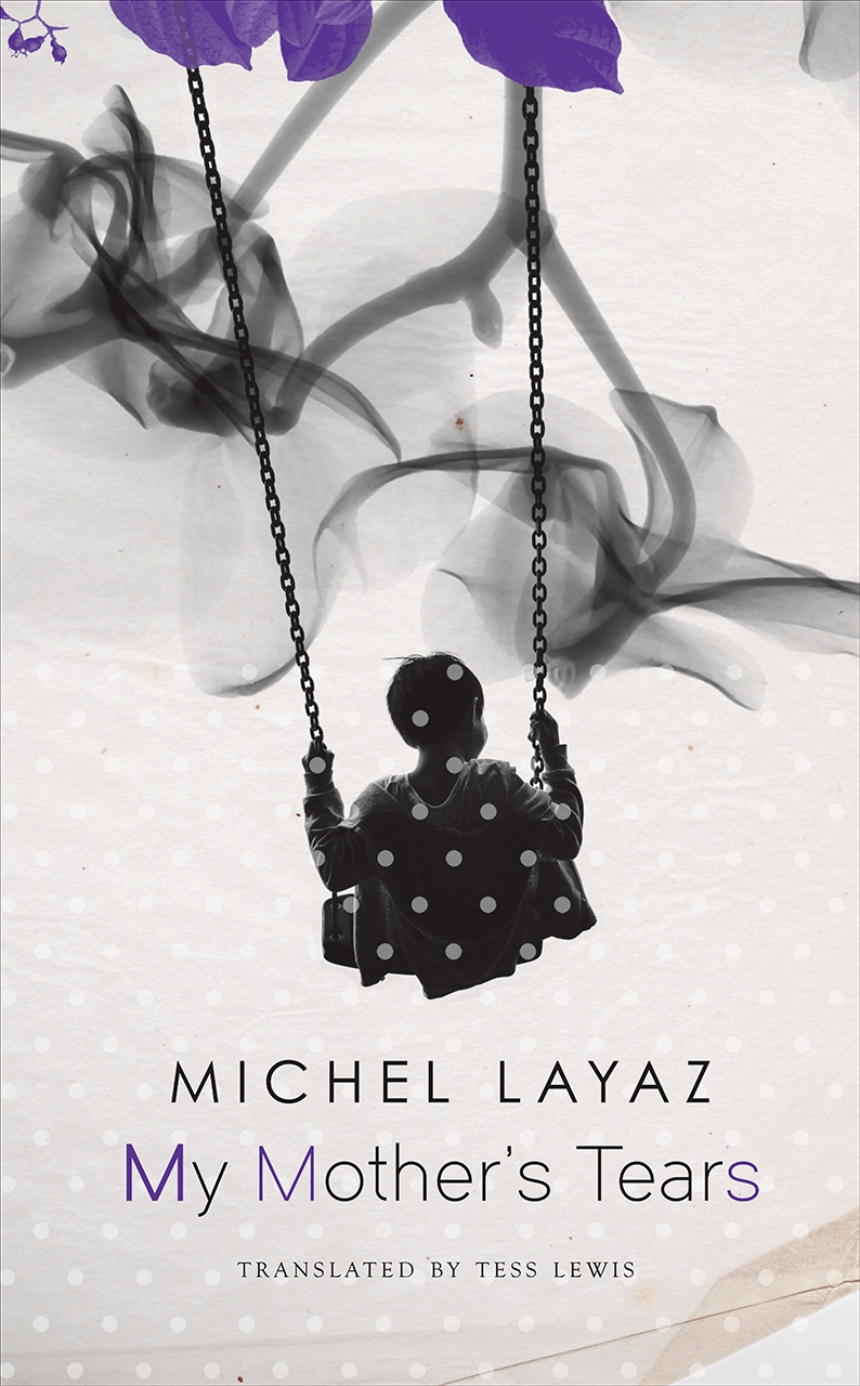 Translated by Tess Lewis
With subtle, bemused humor and an unerring eye for human frailty, Michel Layaz writes about the hidden tensions within families, the awkwardness of adolescence, and the drama of intimacy between friends and lovers. His fifth novel, My Mother’s Tears, is his most poignant yet.

The adult narrator of My Mother’s Tears has returned to clean out his childhood home after his mother’s death. In thirty short chapters, each focused on a talismanic object or resonant episode from his childhood, the narrator tries to solve the mystery behind the flood of tears with which his strikingly beautiful, intelligent, and inscrutable mother greeted his birth. Like insects preserved in amber, these objects—an artificial orchid, a statue, a pair of green pumps, a steak knife, a fishing rod and reel, among others—are surrounded by an aura that permeates the narrator’s life. Interspersed with these chapters are fragments from the narrator’s conversation with his present lover, a woman who demands that he verbally confront his past. This difficult conversation charts his gradual liberation from the psychological wounds he suffered growing up.

Not only an account of a son’s attempt to understand his enigmatic mother, My Mother’s Tears is also a moving novel about language and memory that explores the ambivalent power of words to hurt and to heal, to revive the past and to put childhood demons to rest.

“As Michel Leiris did in Manhood, [Layaz] recreates a primary mythology that not only marked the narrator’s childhood but also shapes his present life. At the center of this mythology, the simultaneously castrating and loving figure of his mother is revived through writing that is cruel, taut, and precise and that rarely misses its mark. With its ferocity and its secret music, Layaz’s novel releases phantoms that will haunt readers for a long time.”