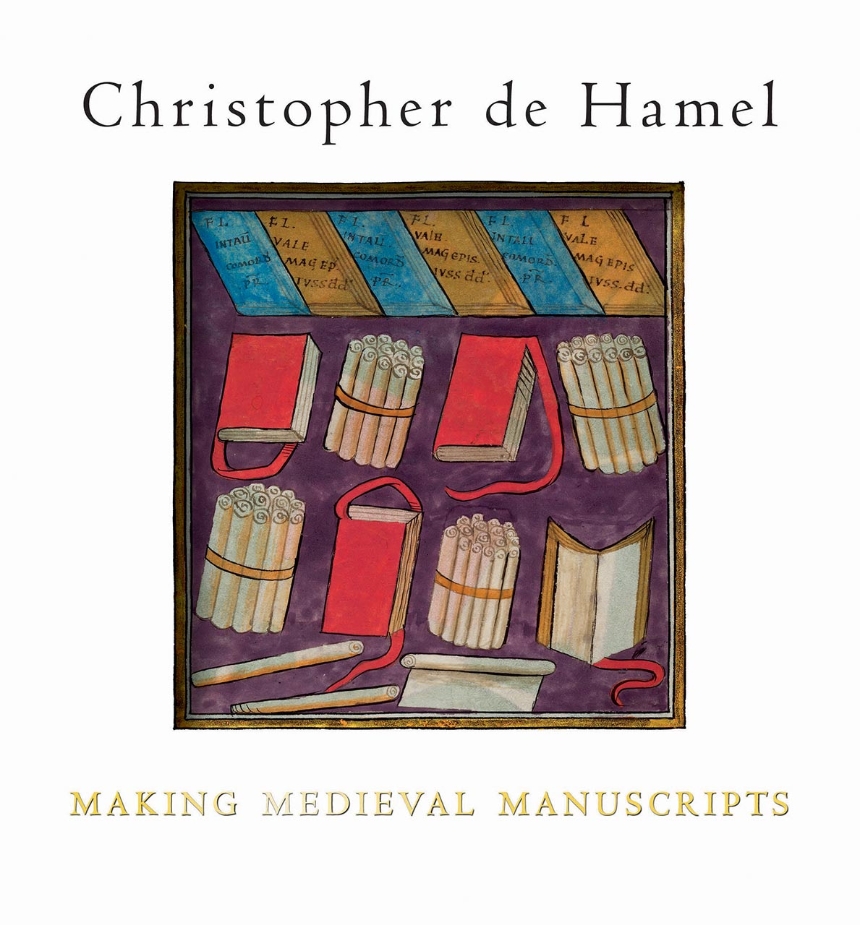 Many beautiful illuminated manuscripts survive from the Middle Ages and can be seen in libraries and museums throughout Europe. But who were the skilled craftsmen who made these exquisite books? What precisely is parchment? How were medieval manuscripts designed and executed? What were the inks and pigments, and how were they applied? Examining the work of scribes, illuminators, and bookbinders, this lavishly illustrated account tells the story of manuscript production from the early Middle Ages through to the high Renaissance. Each stage of production is described in detail, from the preparation of the parchment, pens, paints, and inks to the writing of the scripts and the final decoration of the manuscript. Christopher de Hamel’s engaging text is accompanied by a glossary of key technical terms relating to manuscripts and illumination, providing an invaluable introduction for anyone interested in studying medieval manuscripts today.

"Written in a lively and enjoyable style and including examples spanning the early Middle Ages through the Renaissance, Making Medieval Manuscripts is an informative account of the process of how medieval books were created."

"Christopher de Hamel's Making Medieval Manuscripts, a revised edition of his 1992 Scribes and Illuminators, is a copiously--and beautifully-illustrated survey of the materials and techniques used to create handwritten books in the Middle Ages... De Hamel has taken effective advantage of the opportunity to improve the design and illustrative content of the book. For readers who own and refer to the 1992 edition, then, the 2018 edition will be most welcome."

"This book is most highly recommended to anyone in higher education teaching about the rigors and disciplines of making medieval manuscripts, compiled as it is from the most credible author in a perfectly readable book."