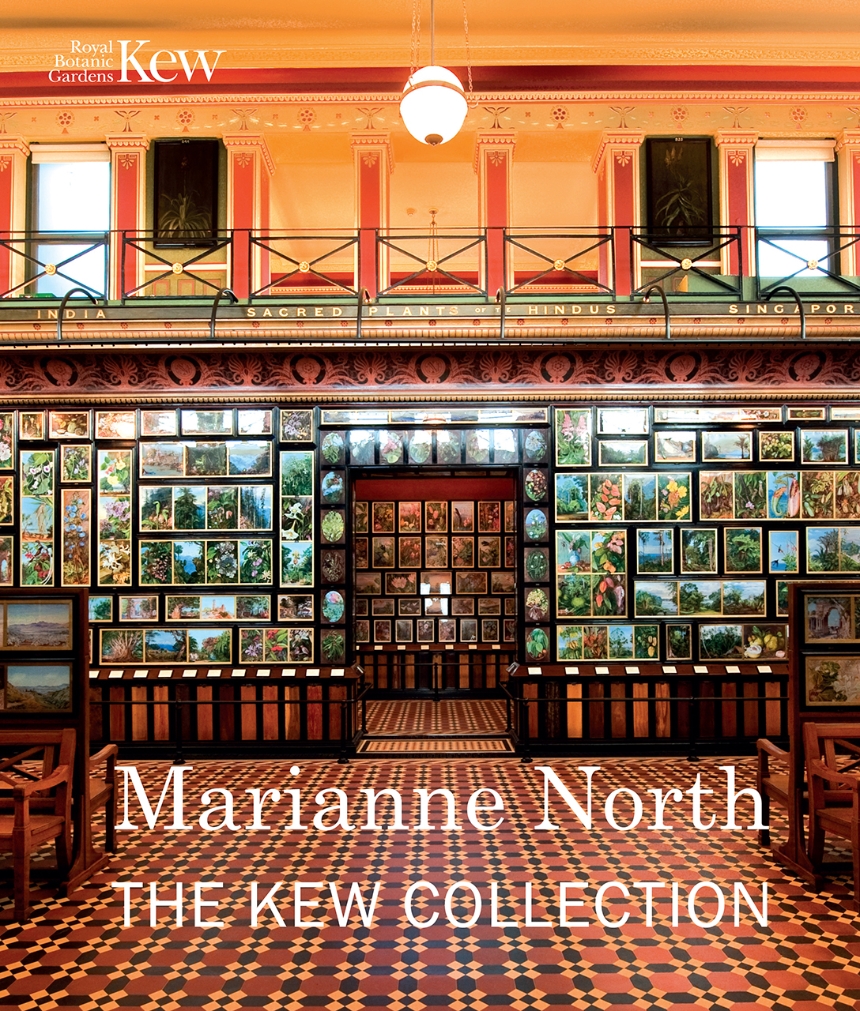 To wander through the Marianne North gallery at Kew Gardens is to visit the world. The gallery’s dense display of botanical paintings are arranged geographically, allowing viewers to wander from pole to pole by examining the diverse plants that cover the globe. The paintings also hint at the story of their remarkable creator, Marianne North. Born in England in 1830, North refused to be limited to the domestic spaces to which Victorian women were so often confined. Rather, her travels took her to Ceylon, Japan, and Brazil, and she documented the plants she encountered along the way. Her detailed renderings of plants that few were able to see in person provided critical information for the growing science of botany, and many now bear her name as a tribute to her intrepid discoveries. What’s more, the paintings she made are a colorful record of the beauty that covers the earth in its diverse plants.

For the first time, this collection is now accessible to a wide public in book form. All the paintings that hang in the gallery—more than eight hundred in total—are included in this spectacular book. Organized geographically to correspond with the collection’s representation at Kew, this book allows us all to relive North’s remarkable travels and thrilling discoveries, relishing the world’s lush and diverse plants.