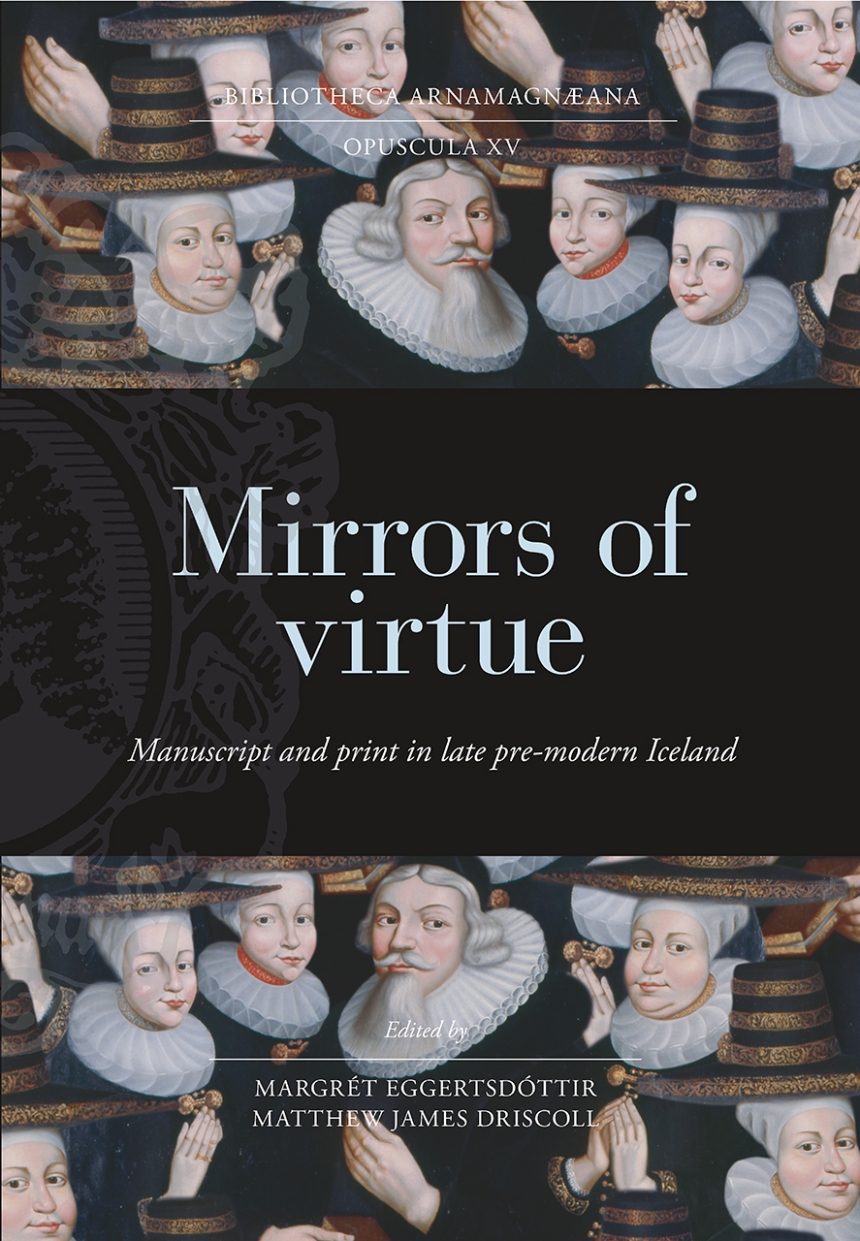 This volume of Opuscula presents ten articles on a single theme: manuscript and print in late premodern Iceland, specifically the period between the advent of print in the early sixteenth century and the establishment of the Icelandic State Broadcasting Service in the early twentieth. Throughout this period, manuscript transmission continued to exist side by side with print, the two media serving different, but overlapping, audiences and transmitting different, but overlapping, types of texts. The volume’s title, Mirrors of Virtue, refers not only to the popular late medieval and early modern genre of exemplary or admonitory mirror literature, but also to the idea that both manuscripts and printed books are reflections of virtue in a broader sense.