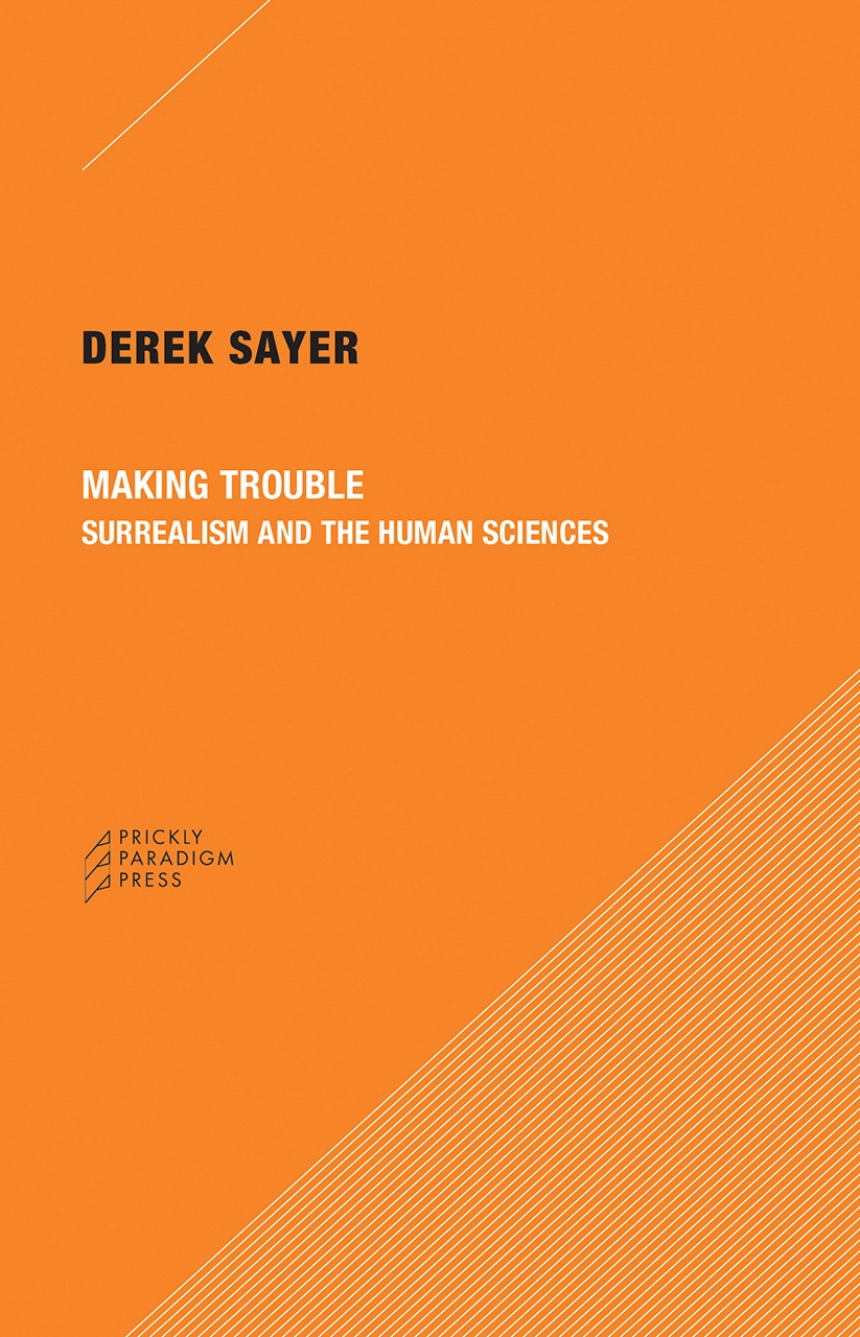 Surrealism and the Human Sciences

Surrealism and the Human Sciences

Surrealism was not merely an artistic movement to its adherents but an “instrument of knowledge,” an attempt to transform the way we see the world by unleashing the unconscious as a radical, new means of constructing reality. Born out of the crisis of civilization brought about by World War I, it presented a sustained challenge to scientific rationalism as a privileged mode of knowing. In certain ways, surrealism’s critique of white, Western civilization anticipated many later attempts at producing alternate non-Eurocentric epistemologies.

With Making Trouble, sociologist and cultural historian Derek Sayer explores what it might mean to take surrealism’s critique of civilization seriously. Drawing on a remarkable range of sources, Sayer first establishes surrealism as an important intellectual antecedent to the study of the human sciences today. He then makes a compelling and well-written argument for rethinking surrealism as a contemporary methodological resource for all those who still look to the human sciences not only as a way to interpret the world, but also to change it.