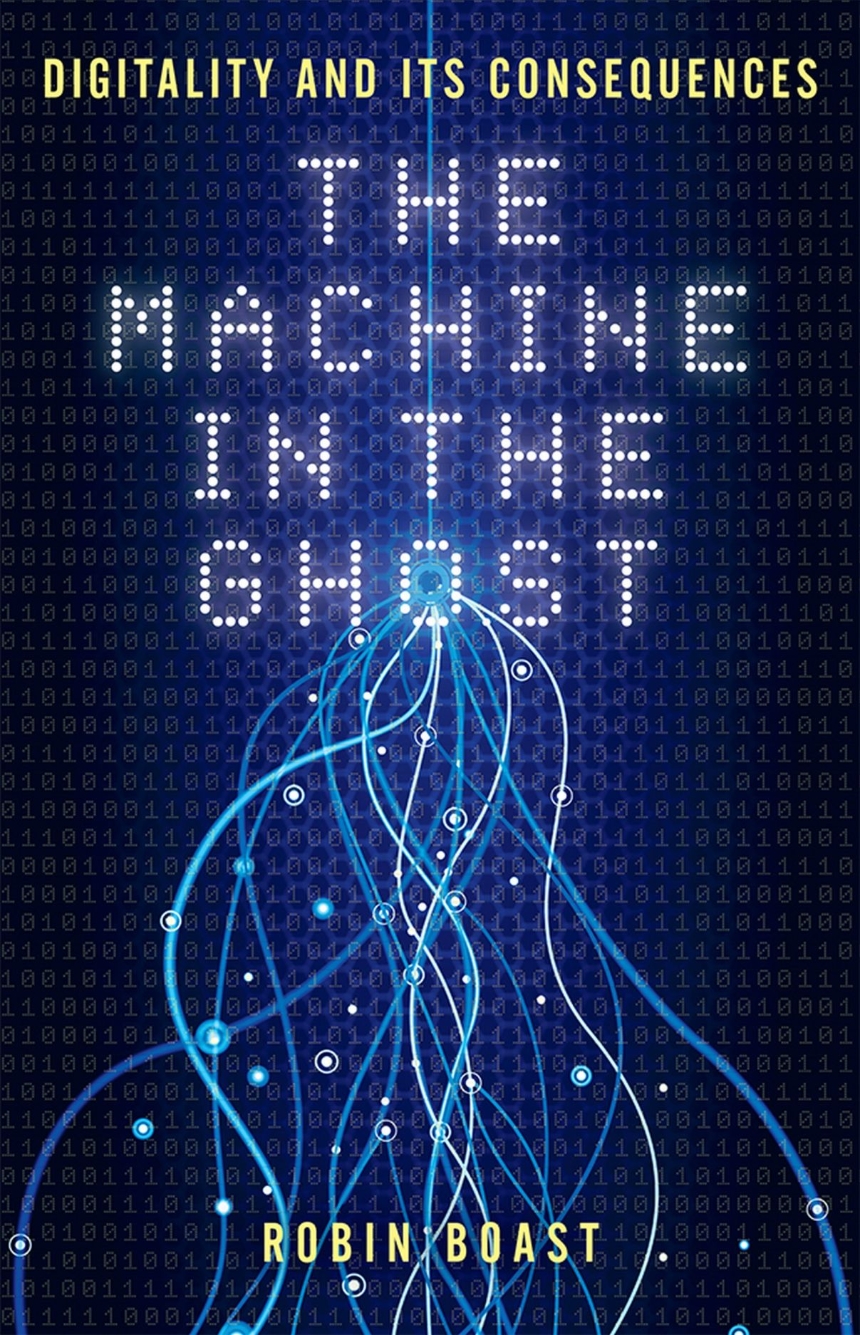 The Machine in the Ghost

Digitality and Its Consequences

The Machine in the Ghost

Digitality and Its Consequences

We live in a digital age, buy and sell in a digital economy, and consume—oh do we consume—digital media. The digital lies at the heart of our contemporary, information-heavy, media-saturated lives, and although we may talk about the digital as a cultural phenomenon, the thing itself—digitality—is often hidden to us, a technology that someone else has invented and that lives buried inside our computers, tablets, and smartphones. In this book, Robin Boast follows the video streams and social media posts to their headwaters in order to ask: What, exactly, is the digital?

Boast tackles this fundamental question by exploring the origins of the digital and showing how digital technology works. He goes back to 1874, when a French telegraph engineer, Jean-Maurice-Émile Baudot, invented the first means of digital communication, the Baudot code. From this simple 5-bit code, Boast takes us to the first electronic computers, to the earliest uses of graphics and information systems in the 1950s, our interactions with computers through punch cards and programming languages, and the rise of digital media in the 1970s.Via various and sometimes unanticipated historical routes, he reveals the foundations of digitality and how it has flourished in today’s explosion of technologies and the forms of communication and media they enable, making real the often intangible force that guides so much of our lives.

“This book presents a very good history of digitalization. Boast draws on his expertise in information science and anthropology to argue that the current digital age is best understood by separating it from computation to consider the long history of ‘digitality,’ from the invention of Baudot’s digital code for telegraphy in the late 19th century to the processing of similar codes by digital computers in the 20th century and the development of today’s ubiquitous graphical interfaces. The Machine in the Ghost provides a welcome historical lineage to the celebrated convergence of telecommunications and computers in creating new media in the late 20th century. The book is written in a clear, popular-science language that enables undergraduate students in all majors to understand how today’s digital infrastructure works, the information theory of Claude Shannon, and how digital media is different from all other media in regard to performativity. . . . Recommended.”

"All that you wanted to know about the digital, and forgot to ask the telegraph operator. Robin Boast's smoothly flowing book offers a historically contextualised argument about our contemporary culture of computation that actually reveals it to be at least as much about encoding, tabulating and other techniques that connect the digital to a history of transmission. The Machine in the Ghost transports us to the 19th century and back via a whole lot of punched cards, coding and cybernetics - and much more. Boast is able to write with such flair that the book speaks to both academics and the general audience who want to understand the cultural history of our contemporary culture."

Jussi Parikka, Winchester School of Art, author of A Geology of Media

"In this important, clear, and lucid book, Boast elucidates and explains the emergence of digital encoding, and helps the lay reader bridge the gap between what actually occurs inside our hardware and what we experience in the ubiquitous world of the interface. . . . Marx wrote that a properly critical history of technology would show how little technological inventions are the work of any single individual. Boast’s book does just that: what is most striking is the manner in which digitality—perhaps the paramount technical concept of our age—was never expressly invented, but emerged from an almost natural process of production. We may not know what our writing does, as Kittler would have it, but this does not mean that we must imbue our information systems with vapory mysticism. Digitality is, indeed, nothing but a code, and Boast’s book is a marvelously engaging critical history of that code."