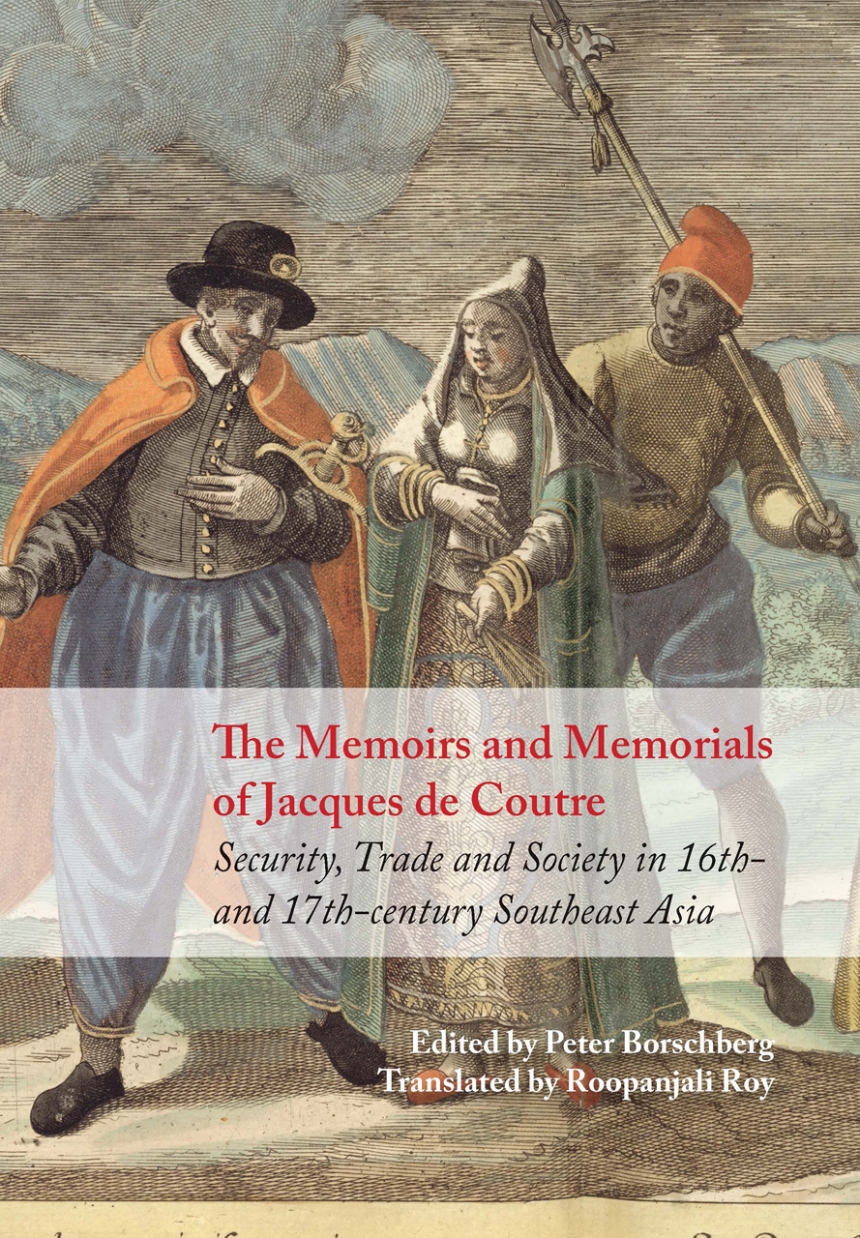 The Memoirs and Memorials of Jacques de Coutre

Security, Trade and Society in 16th- and 17th-century Southeast Asia

The Memoirs and Memorials of Jacques de Coutre

Security, Trade and Society in 16th- and 17th-century Southeast Asia

Translated by Roopanjali Roy.
Jacques de Coutre was a Flemish gem trader who spent nearly a decade in Southeast Asia at the turn of the 17th century. He left history a substantial autobiography written in Spanish and preserved in the National Library of Spain in Madrid. Written in the form of a picaresque tale, with an acute eye for the cultures he encountered, the memoirs tell the story of his adventures in the trading centres of the day: Melaka, Ayutthaya, Cambodia, Patani, Pahang, Johor, Brunei and Manila. Narrowly escaping death several times, De Coutre was inevitably drawn into dangerous intrigues between the representatives of European power, myriad fortune hunters and schemers, and the rulers and courtiers in the palaces of Pahang, Patani, Siam and Johor.


In addition to his autobiography, De Coutre wrote a series of memorials to the crowns of Spain and Portugal that contain recommendations designed to remedy the decline in the fortunes of the Iberian powers in Southeast Asia, particularly against the backdrop of early Dutch political and commercial penetration into the region.


Annotated and translated into English for the first time, these materials provide a valuable first-hand account of the issues confronting the early colonial powers in Southeast Asia, and deep insights into the societies De Coutre encountered in the territory that today makes up Singapore, Malaysia, Thailand, Cambodia and the Philippines. The book is lavishly illustrated with 62 maps and drawings of the period, including examples not previously published.