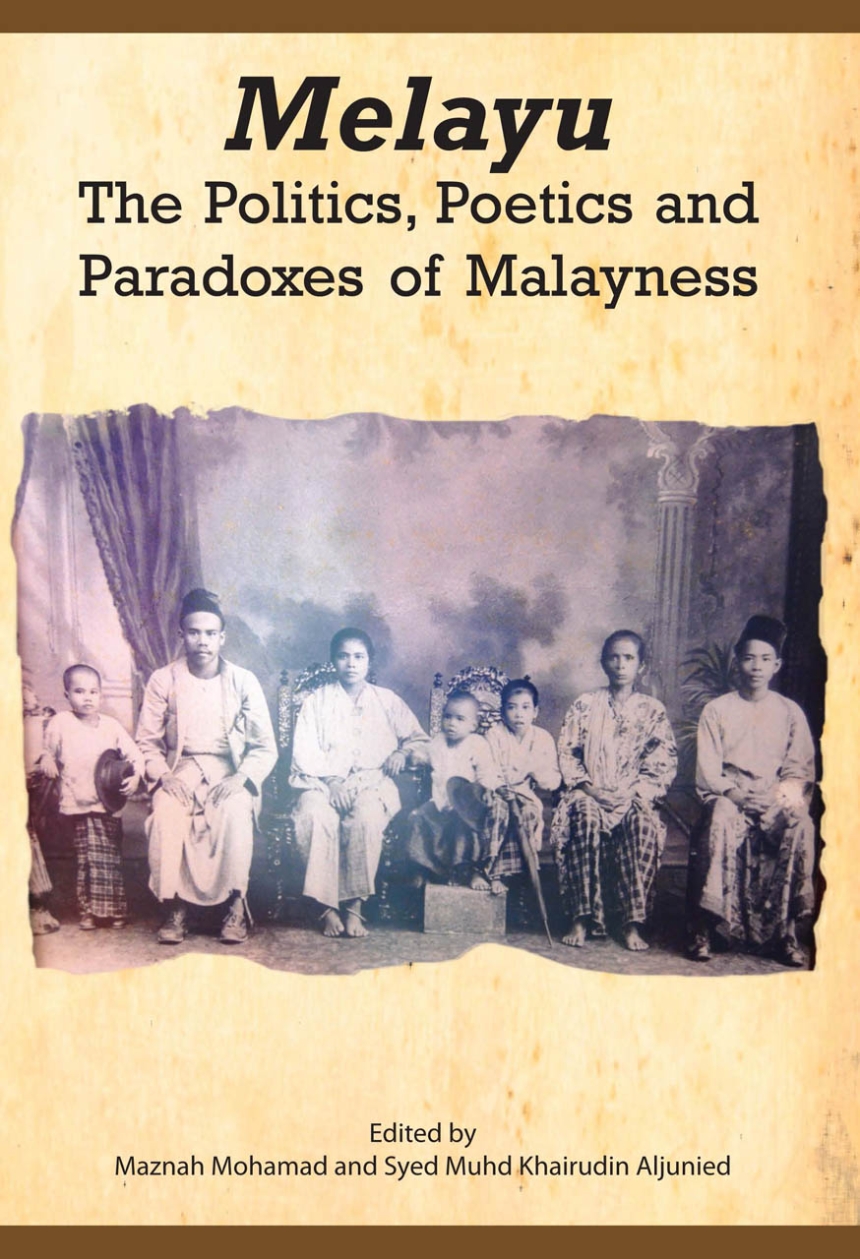 The Politics, Poetics and Paradoxes of Malayness

The Politics, Poetics and Paradoxes of Malayness

People within the Malay world hold strong but diverse opinions about the meaning of the word Melayu, which can be loosely translated as Malayness. Questions of whether the Filipinos are properly called "Malay", or the Mon-Khmer speaking Orang Asli in Malaysia, can generate heated debates. So too can the question of whether it is appropriate to speak of a kebangsaan Melayu (Malay as nationality) as the basis of membership within an aspiring postcolonial nation-state, a political rather than a cultural community embracing all residents of the Malay states, including the immigrant Chinese and Indian population.


In Melayu: The Politics, Poetics and Paradoxes of Malayness, the contributors examine the checkered, wavering and changeable understanding of the word Melayu by considering hitherto unexplored case studies dealing with use of the term in connection with origins, nations, minority-majority politics, Filipino Malays, Riau Malays, Orang Asli, Straits Chinese literature, women's veiling, vernacular television, social dissent, literary women, and modern Sufism. Taken as a whole, this volume offers a creative approach to the study of Malayness while providing new perspectives to the studies of identity formation and politics of ethnicity that have wider implications beyond the Southeast Asian region.