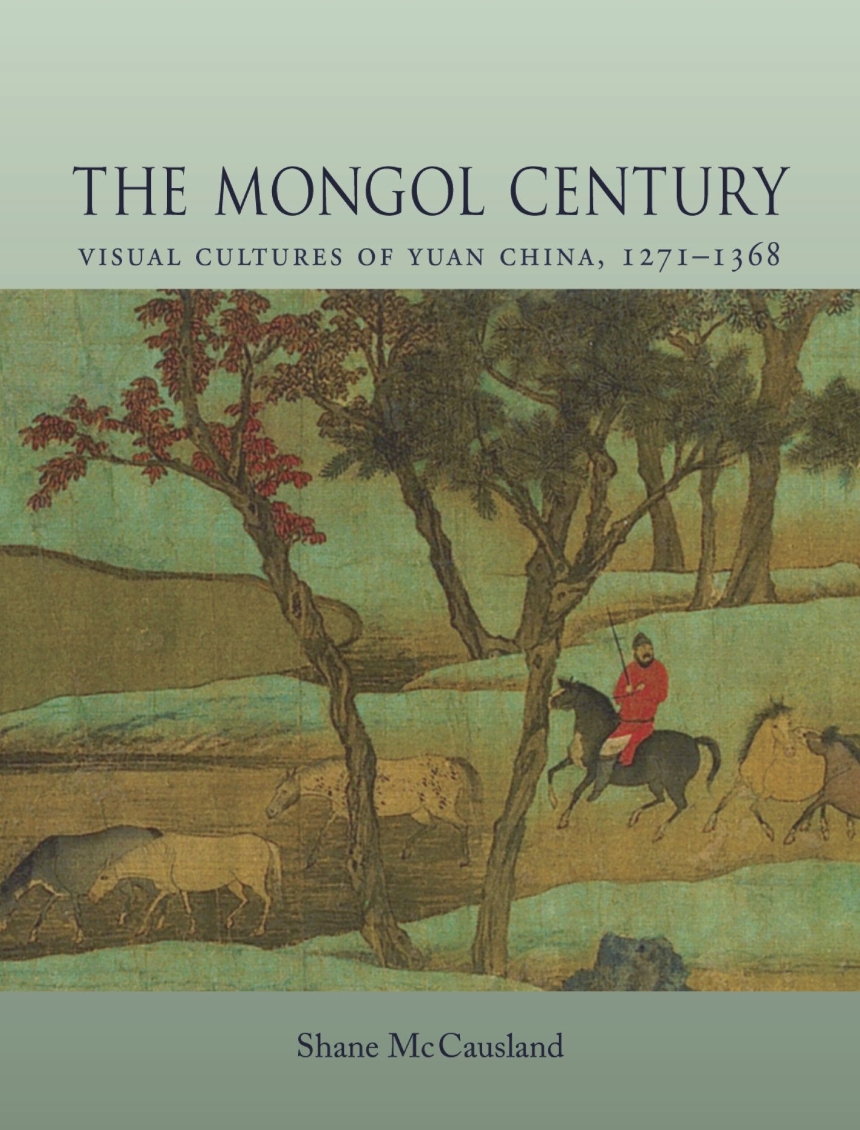 The Mongol Century explores the visual world of China’s Yuan dynasty (1271–1368), the spectacular but relatively short-lived regime founded by Khubilai Khan, regarded as the preeminent khanate of the Mongol empire.

Although in recent years exhibitions have begun to open up the inherent paradoxes of Yuan culture, this is the first book in English to adopt a fully comprehensive approach. It incorporates a broad range of visual media of the East Asia region to reconsider the impact Mongol culture had in China, from urban architecture and design to tomb murals and porcelain, and from calligraphy and printed paper money to stone sculpture. Fresh and invigorating, The Mongol Century explores, in fascinating detail, the visual culture of this brief but captivating era of East Asian history.

"The British art historian McCausland, in the handsomely produced The Mongol Century: Visual Cultures of Yuan China, 1271–1368, is concerned above all with tracing the Mongol influence through surviving artifacts. It is a complex and speculative task. . . . He identifies Mongol influence or patronage not only in painting and porcelain, but in an arrestingly wide range of other arts: relief sculpture, calligraphy, tomb murals, woodblock-printed books. The richly varied illustrations include those of printed paper money, gold saddle decorations, and even the official passes carried by yam postal riders, inscribed with death threats against anyone disrupting them. . . . [A] careful study."

“Through an interweaving of architecture, tomb robbing, painting, natural disasters, examinations, ceramic invention, and a revealing use of encyclopaedic printed works, McCausland reveals the complex culture of the Yuan dynasty. . . . McCausland has a gift for finding illuminating and unusual objects to illustrate his argument.”

“A richly textured portrait in codex of the easternmost part of this world. . . . Superbly illustrated not only for the number and quality of the images but also for the inclusion of rarely-seen joys. . . . The ceramic enthusiast will be rewarded for paging through this superb book. . . . The integrated approach to Yuan culture, across media and disciplinary boundaries, is this work’s greatest contribution, making it an exploration in fascinating detail and inspiring breadth of the complex and layered realities of Yuan society.”

“Richly illustrated, The Mongol Century synthesizes twenty years of transformative research on the art of the Mongol-Yuan dynasty that has articulated its cultural pluralism. Showcasing many new perspectives on the visual and material cultures of this polity, The Mongol Century reinforces the message of seminal work undertaken by many scholars in groundbreaking journal articles, doctoral dissertations, and major museum exhibitions and their accompanying catalogs.”

“This book takes on one of the most fascinating of China’s dynasties, the Mongol Yuan, presenting an overarching study of its cultural complexity, illuminated by the visual arts. McCausland uses the capital’s cityscape, paintings, and objects as entries into seven larger themes that range from the nature of the Mongol urbanism to the global branding of the Mongols through the widespread export of blue-and-white porcelain. McCausland is a nimble writer and he has crafted a much more granular and balanced view of this accomplished and flawed dynasty than anything so far published in English. . . . A must-read.”

“One of the first reliable social histories of Yuan dynasty art and a useful contribution to Chinese art history.”

“This is an important contribution to the study of the Mongol-Yuan period in China. Using a wide variety of sources, McCausland has not only written a general study of Yuan dynasty visual and material culture he has also created a fine introduction to the Mongol period in China. He makes clear the polyethnic nature of Yuan society and redresses the view that the Mongols had little impact on Chinese civilization. . . . McCausland has achieved his aim of drawing out the distinctiveness of Yuan culture. The Mongol Century is a fascinating entrée into what it meant to live in Yuan-period China.”