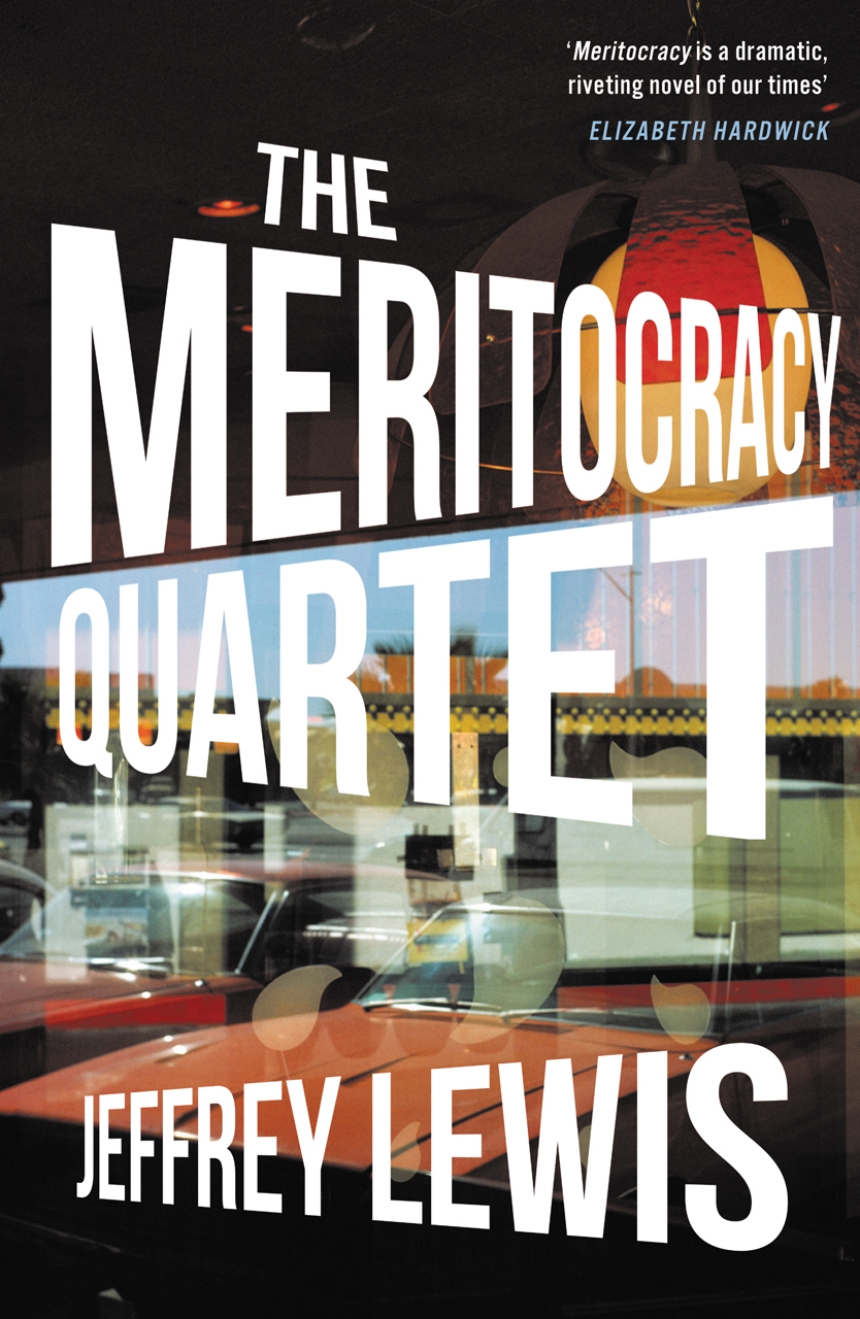 Acclaimed writer Jeffrey Lewis is known for his deft portrayals of relatable figures from all walks of life. In The Meritocracy Quartet, his four interlinking novels—Meritocracy: A Love Story, The Conference of the Birds, Theme Song for an Old Show, and Adam the King—have been brought together for the first time into a single volume. Set against the backdrop of the changing American landscape over four decades, The Meritocracy Quartet is a testament to the country’s evolving personality.

The quartet follows Louie, a Yale graduate from a modest background with a gift for forging connections in high and low places. Beginning in the 1960s, as he documents a going-away party for a fellow Yalie on his way to Vietnam, and continuing through his spiritual encounters with a 1970s group of city misfits, his turn to television writing in the 1980s, and a tragic love story between two of his close friends in the 1990s, Louie chronicles not only his own personal struggles—his silent love for his best friend’s girl, his delicate relationship with an at-times absent father—but also the attitudes, events, and people that marked his generation. From the Vietnam War to George W. Bush, from television trends to the divide between the haves and have-nots, The Meritocracy Quartet is a moving witness to everything America had to offer in the latter portion of the twentieth century.

“Lives are not seamlessly sewn together, but rather forged by coincidence, necessity, and expectation, a fact that Lewis brilliantly conveys. . . . Lewis’ memories portray a modern, American life.”

“You start with these characters, and through them you tell a social history of the country. . . . I really can't recommend [The Meritocracy Quartet] highly enough.”

“A powerful and really striking portrait of the inner and outer lives of the cultural elite of this generation. Lewis is a wonderful writer. . . . As a true novelist, transforming the lived experience to find its meanings, both for himself and for his readers, Lewis becomes an alchemist of the soul, his words then, taking us to places far beyond. . . . A deeply rewarding experience.”

“Lewis is a master of the subtle interplay of coincidence and character, the light tripping of events that lead to a disaster that seems at once inevitable and yet shocking.”

Kirkus Reviews, on Adam the King

Publishers Weekly, on Theme Song for an Old Show

"Looks at the generation that came of age in the Sixties; the first two titles covered the 1960s and 1970s. . . . His opening chapter, in which his marvelous ear for idiomatic speech is revealed as much through narration as in dialog, hints at the concepts he will explore: the vagaries of love, the odd consorting of dignity and temptation, and, yes, the fragility of creation and existence...That fine ear of Lewis’s . . . makes his prose style the book’s strength."

Library Journal, on Theme Song for an Old Show

“Lewis catches the thrill of proximity to America’s Eastern WASP aristocracy to an uncomfortable degree: their studied vagueness, their heartiness, the aloofness that cannot be copied.”

“Shot through with high intelligence and deep feeling, the novel perfectly balances its several tones—lyrical, ironic, and sweet, against the foreboding gravity of the Viet-Nam War. A book that delivers both intellectually and emotionally, Meritocracy is a wise and moving debut.”

"Meritocracy is a dramatic, riveting novel of our times."