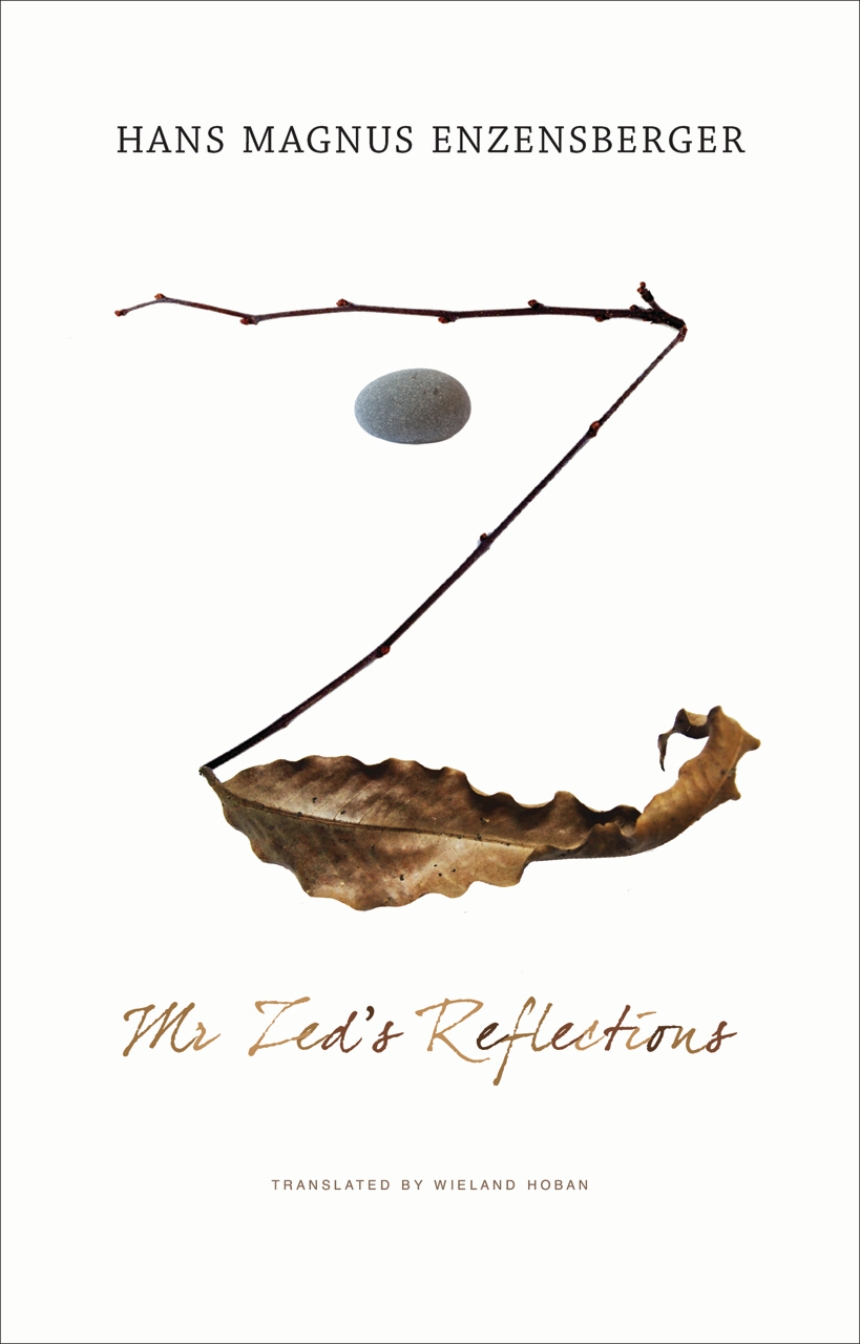 Translated by Wieland Hoban
Any new book by poet, essayist, writer, and translator Hans Magnus Enzensberger, one of the most influential and internationally renowned German intellectuals, is cause for notice, and Mr. Zed’s Reflections is no exception. Every afternoon for almost a year, a plump man named Mr. Zed comes to the same spot in the city park and engages passersby with quick-witted repartee. Those who pass ask, who is this man? A wisecracker, a clown, a belligerent philosopher? Many shake their heads and move on; others listen to him, engage with him, and, again and again, end up at the same place. He doesn’t write anything down, but his listeners often take notes. With subversive energy and masterful brevity, Mr. Zed undermines arrogance, megalomania, and false authority. A determined speaker who doesn’t care for ambitions, he forces topics that others would rather keep to themselves. Reluctant to trust institutions and seeing absolutely nothing as “non-negotiable,” he admits mistakes and does away with judgment.  He is no mere ventriloquist dummy for his creator—he is too stubborn for that. And at the end of the season, when it becomes too cold and uncomfortable in the park, he disappears, never to be seen again.

Collected in this thought-provoking and unique work are the considerations and provocations of this squat, park-bench philosopher, giving us a volume of truths and conversations that are clear-cut, skeptical, and fiercely illuminating.

“Enzensberger’s Mr. Zed, part teacher and part wisecracker, represents a plea for reasonableness, the deflation of extremes, the admission of folly, and a return to the middle path. With humor, variety, nimble turns, and the terse cadences of his prose, Enzensberger has created a thoughtful entertainment that gleefully grates against the headlines and antagonisms of our global news and media culture —as well as against the cultivation of grievances.”

“Enzensberger is a confident old master who does this sort of thing very well, and Mr. Zed’s Reflections is very entertaining. Along the way, Enzensberger manages also to be consistently—if very gently—thought-provoking, making for an eminently worthwhile read that is also very good fun.”

Mr. Zed's Reflections or Breadcrumbs He Dropped, Gathered Up by His Listeners