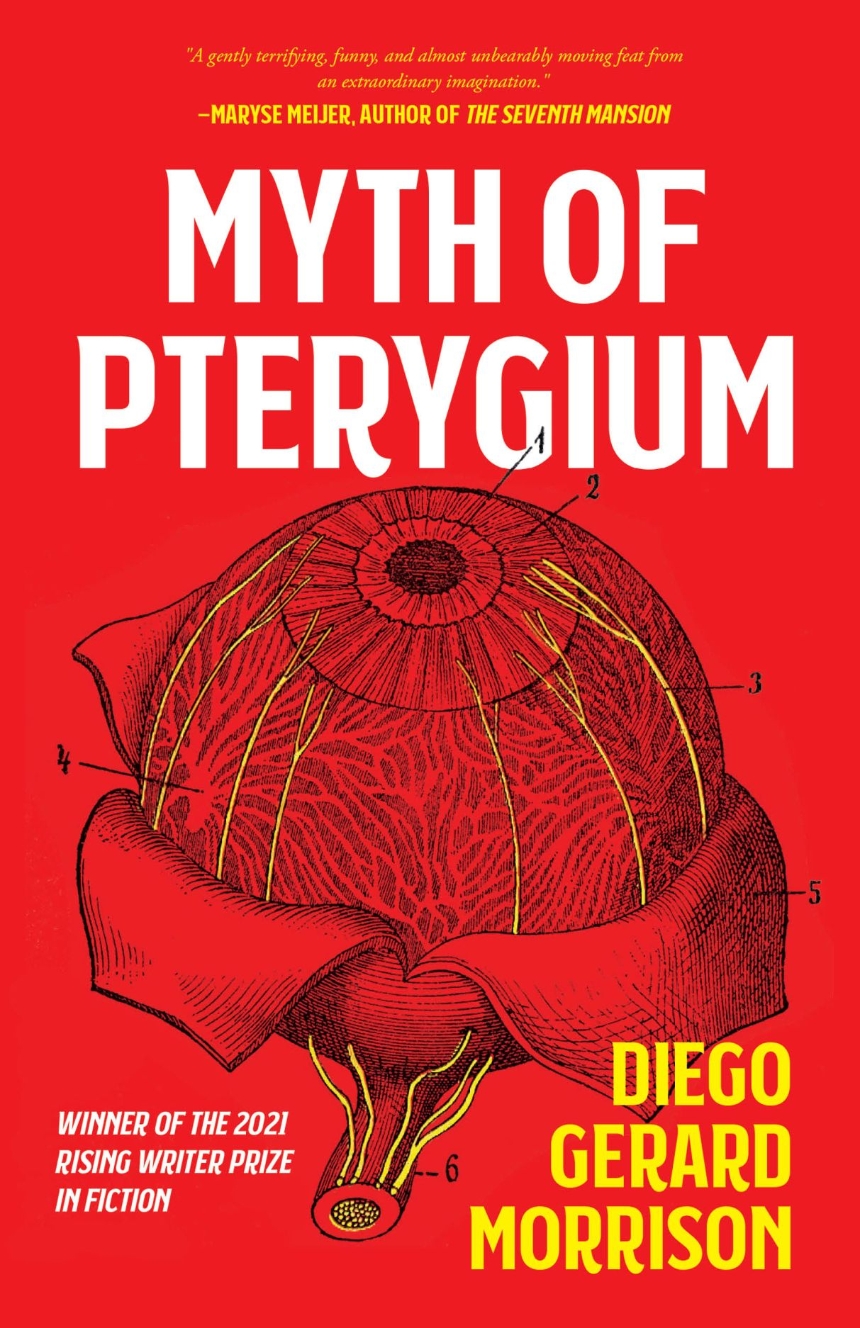 The story of a failed poet struggling with vision loss, personal crises, and what it means to be an arms dealer in a quasi-dystopian Mexico City.

This debut novel is set in a vaguely dystopian, yet also realistic, Mexico City—endless traffic jams, relentless clouds of pollution, economic hardships, and the ever-present threat of drug cartels. The unnamed narrator of the novel, at times referred to as Arthur—in part because of the growing similarity of his life with Arthur Rimbaud’s—struggles with the dissonance of leading an artistic life while providing for his family. A failed, penniless poet with a child on the way, he is forced to take a job in his family’s weapons dealing enterprise, which he soon discovers is connected to the corrupt Mexican armed forces and drug cartels, who are responsible for the increasing death toll in the country. All the while, the narrator struggles with a growing condition in his right eye, a pterygium, that is slowly taking over his vision, blurring the events of his life, including his wife’s complicated pregnancy, extortions by the drug cartels, and his own relationship to his writing. As the narrator gradually finds his life spiraling out of control, the novel moves quickly to a startling conclusion.

Myth of Pterygium is the winner of the 2021 Autumn House Rising Writer Prize in Fiction, selected by Maryse Meijer.

"[Myth of Pterygium] is, as all good debuts are, a real proof of its author’s talents."

“Morrison’s enigmatic and sweet-humored debut is a thing all of its own. It's a poignant account of how family, self, and love come together, drift apart, and somehow—gently, miraculously—reform. It's a satire on the logic of artistic production against a background of elaborate brunches, crime of baroque violence, and no-longer-just-impending ecological collapse. It's a purgatorial evocation of a city that's forever pulling itself apart and trying to begin again, all relayed in a form and style whose reckoning with the physical will leave you looking up from the page with the world around you freshened and suddenly, newly relentless. Rich, strange, and brilliant, you won't read anything else like Myth of Pterygium.”

Tim MacGabhann, author of How to Be Nowhere

“Like all the best myths, Morrison’s surrealist mirror throws our own world into such sharp focus it practically draws blood. Simultaneously hallucinatory and utterly clear-eyed, Myth of Pterygium whirls the reader through a near-future-on-fire via the inimitable perspective of a broke poet and father-to-be as he tries to build a future for himself and his family in a city falling apart at the seams. . . . Mixing philosophy, slapstick adventure, and meditations on the writing life with encounters with tarot-card-reading matriarchs of firearm empires, Myth employs the high and the low and everything in between in a narrative that is remarkable for its seamless, and seemingly effortless, blend of genres and tones. But even greater than its formal inventiveness is the novel’s generosity of spirit; in the midst of Myth’s grief and uncertainty is the sense that we must live and to love not in spite of, but because of, existential threats on the personal and global scale. A gently terrifying, funny, and almost unbearably moving feat from an extraordinary imagination.”