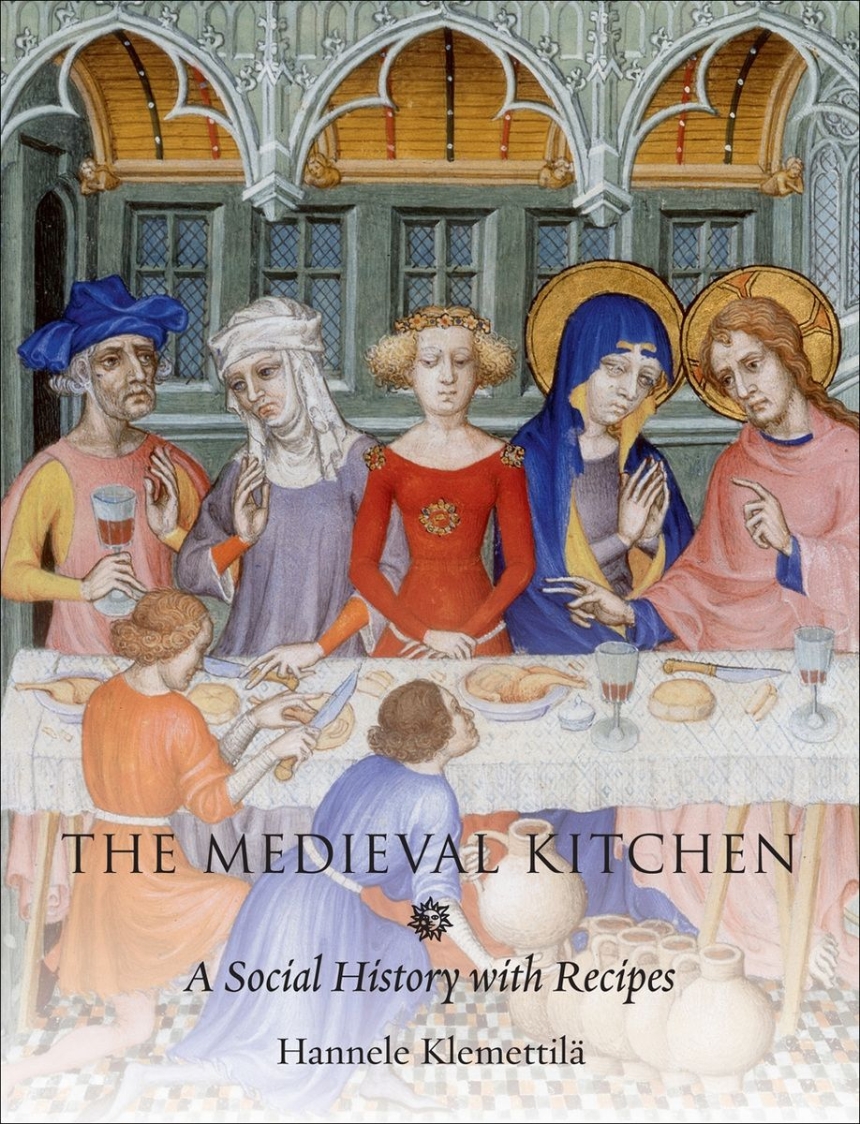 A Social History with Recipes

A Social History with Recipes

We don’t usually think of haute cuisine when we think of the Middle Ages. But while the poor did eat a lot of vegetables, porridge, and bread, the medieval palate was far more diverse than commonly assumed. Meat, including beef, mutton, deer, and rabbit, turned on spits over crackling fires, and the rich showed off their prosperity by serving peacock and wild boar at banquets. Fish was consumed in abundance, especially during religious periods such as Lent, and the air was redolent with exotic spices like cinnamon and pepper that came all the way from the Far East.

In this richly illustrated history, Hannele Klemettilä corrects common misconceptions about the food of the Middle Ages, acquainting the reader not only with the food culture but also the customs and ideologies associated with eating in medieval times. Fish, meat, fruit, and vegetables traveled great distances to appear on dinner tables across Europe, and Klemettillä takes us into the medieval kitchens of Western Europe and Scandinavia to describe the methods and utensils used to prepare and preserve this well-traveled food. The Medieval Kitchen also contains more than sixty original recipes for enticing fare like roasted veal paupiettes with bacon and herbs, rose pudding, and spiced wine.
Evoking the dining rooms and kitchens of Europe some six hundred years ago, The Medieval Kitchen will tempt anyone with a taste for the food, customs, and folklore of times long past.

“Oh no! Not whole-roasted ox again! Even for the aristocracy, medieval fare must have been boring, it’s been assumed. The reality was quite otherwise, Hannele Klemettilä reveals. This ‘social history with recipes’ is as delicious in its details as it is mouthwatering in its presentation. Granted, fine dining was a luxury, and prestige catering a mark of status: consumption could be outrageously conspicuous, then as now. In most places and at most times, however, fresh produce was available in abundance and even the relatively poor could expect to eat meat three times a week. More enterprising readers may want to take a stab at some of the 60-odd recipes in which Klemettilä serves up a splendid banquet of forgotten flavours.”

“The chance to make your own medieval dishes brings Klemettilä’s history to life in your own kitchen. . . . She presents a fascinating picture of a very different mindset when it comes to food.”

“The Medieval Kitchen is an admirable effort to elucidate how and what European peoples ate during the late Middle Ages. . . . The volume is filled with illustrations from medieval books of hours and other manuscripts; informative captions accompanying each illustration give historical context. This book is an ideal introduction to the topic for both students and adventurous cooks. Highly recommended.”

1. An Epicurean Paradise
2. Our Daily Bread
3. Vegetables for all Occasions
4. Under the Spell of Meat
5. Bounties from the Deep
6. Ingenious Sauces, Seductive Spices
7. A Selection of Cheeses: Milk and Egg Dishes
8. Divine Desserts
9. Of Hippocras and Mead
10. In Search of a Forgotten World of Flavours