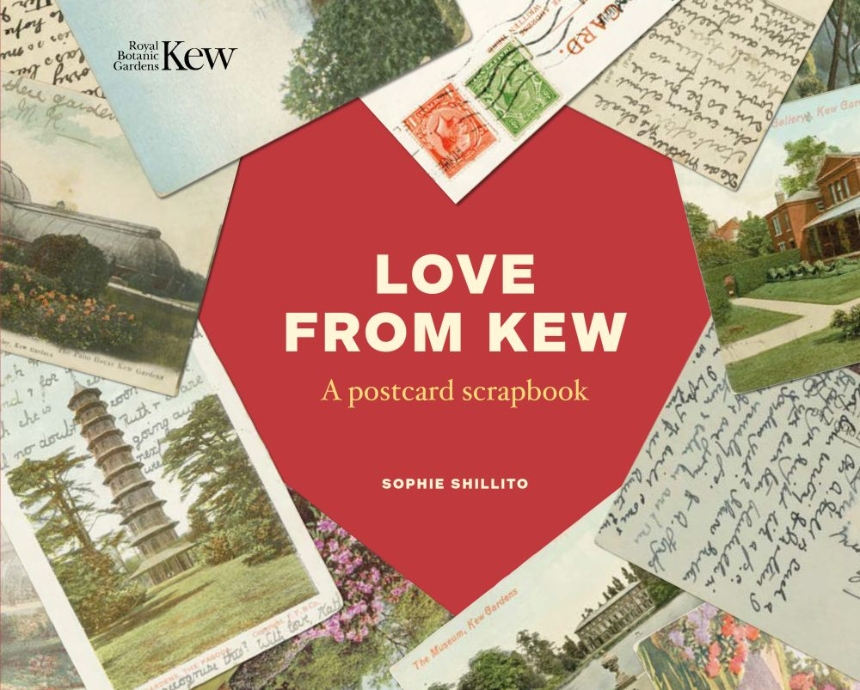 Bringing together messages from vintage Kew postcards with new prose reflections, Love from Kew is a one-of-a-kind look at the enduring needs for human connection—with each other as much as the natural world.

In 2020, the United Kingdom recognized the 150th anniversary of the official introduction of postcards. At the peak of their popularity in the early twentieth century, more than two million postcards a day were mailed in the UK. One could view postcards as the texts or tweets of their day: brief communiques that provide glimpses into the lives of others, with stories that are often as funny or poignant as they are cryptic. These messages were often sent to family or friends back home from a site of special importance—like, for example, the Royal Botanic Gardens, Kew.

​Love from Kew is a valentine to these missives of the past, placing vintage Kew postcards—and the messages written on them—alongside new prose reflections from multi-genre writer Sophie Shillito. The decades-old correspondence and Shillito’s wonderstruck contemporary reflections offer a meditation on how these Kew postcards speak to the eternal human need for both personal connection and communion with the natural world. In today’s world of environmental precarity and increased isolation, these themes are just as relevant as they were when these antique postcards were first penned.

Love from Kew is a fascinating and heartfelt blend of social and visual history, observed through the singular lens of Kew Gardens.

“I adore this book, which captures the magic of Kew and tells the stories of people who share my true love for the Gardens.”

"A gem of a book, combining a love of Kew Gardens with slices of everyday life, tied together with a ribbon of poetic storytelling. I loved it."

Tracy Chevalier, author of Girl with a Pearl Earring

"Postcards were the social media of Victorian and pre-digital Britain. Short messages penned at the time show how Britain’s premier garden lifted spirits and calmed anxieties during those often rare occasions when ordinary people were able to escape the daily job or relentless domestic duties. Kew remains an oasis of tranquility in an increasingly frantic world."

"Sophie’s rich and often wonderfully unexpected imagery makes this a delightful way to learn more about the Gardens’ history."

“Shillito adds in details of Kew’s history as well as some imaginings sparked by the pictures themselves to give us a book that is both charming and a reminder of the key role green spaces—and our access to them—play in our daily life.”