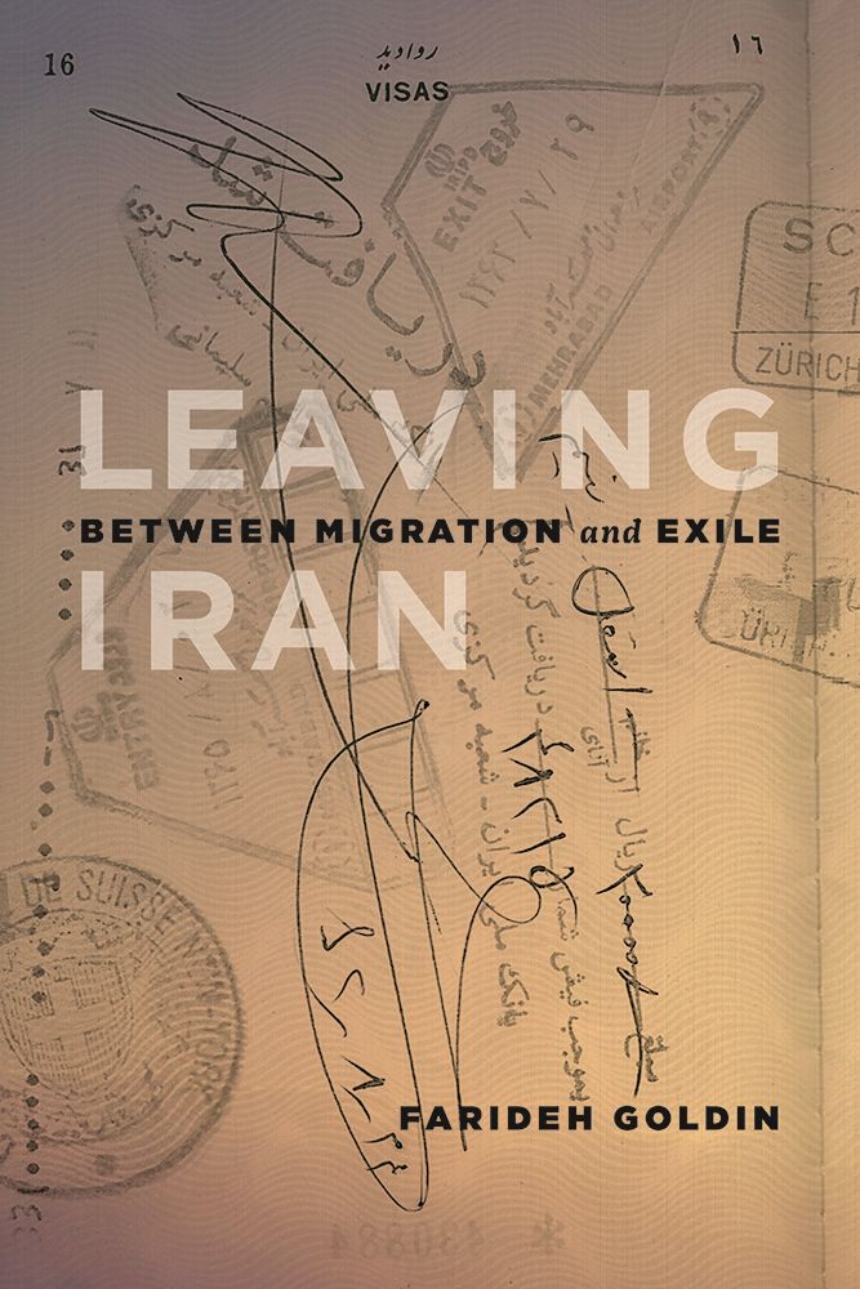 Between Migration and Exile

Between Migration and Exile

In 1976, at the age of twenty-three, Farideh Goldin left Iran in search of her imagined America. Meanwhile, the political unrest in Iran intensified and in 1979, Farideh’s family was forced to flee Iran on the last El-Al flight to Tel Aviv. Farideh's father was a well-respected son of the chief rabbi and dayan of the Jews of Shiraz. During his last visit to the US in 2006, he handed Farideh his memoir chronicalling  his life after exile: the confiscation of his passport when he returned to Iran for his belongings, the years of loneliness as he struggled against a hostile bureaucracy to return to his wife and family in Israel, and the eventual loss of the poultry farm that had supported his family. Leaving Iran knits together Farideh's story of dislocation and loss with her own experience as an Iranian Jew in a newly adopted home.