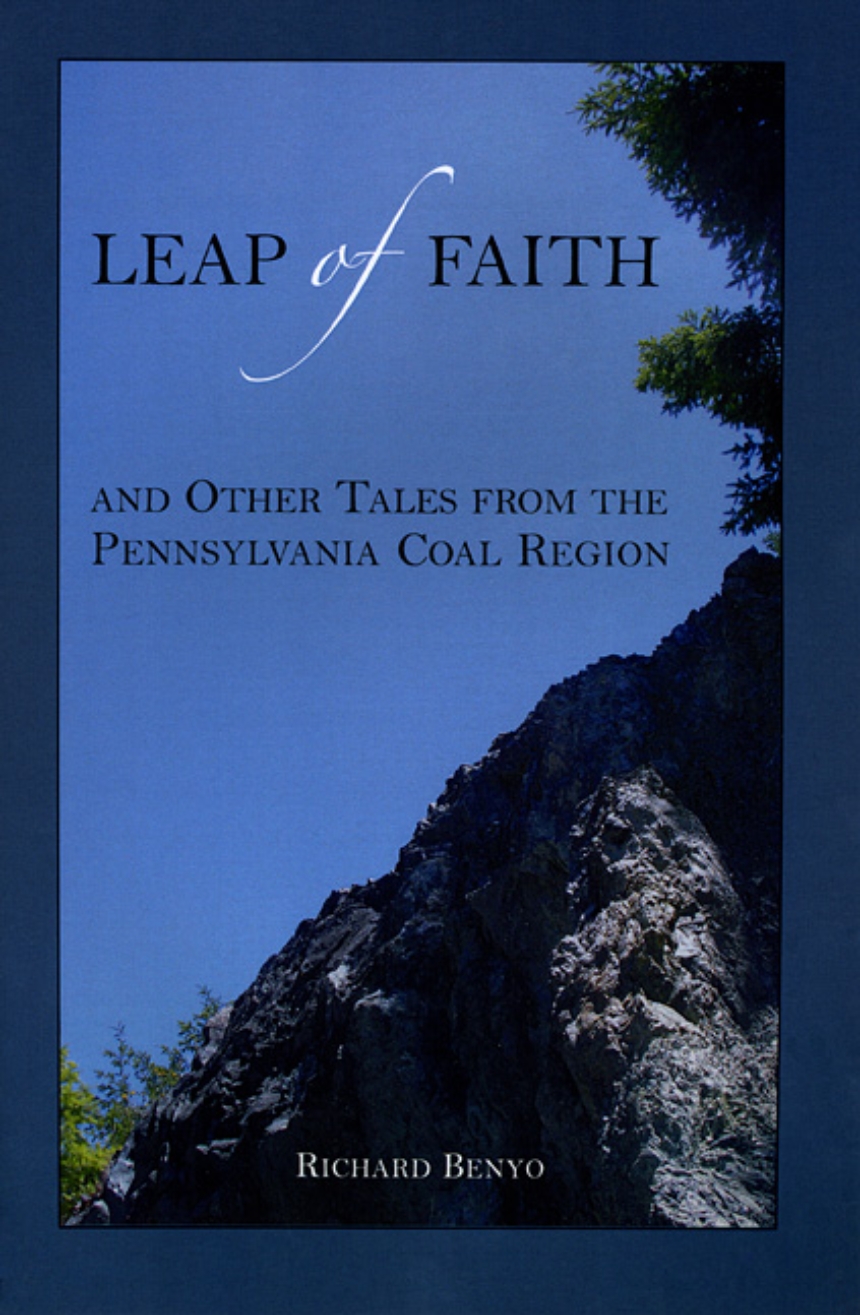 Eastern Pennsylvania during the 1950s: King Coal has been dethroned, the railroads are all but defunct, and the region is in an economic depression. Fathers are forced to commute many miles to work, while at home the kids know no other pastime but to run wild in the woods. From the same author who intrigued readers with his whimsical stories of childhood in Jim Thorpe Never Slept Here comes an all-new batch of coming-of-age tales in Leap of Faith.

In these eight stories, the adults are often offstage, leaving the children to make up the rules as they go. From the story of an unrepentant bully who gets more than he deserves to the tale of a boy who finds serenity in short bursts of flight, Richard Benyo captures a time and a place where small triumphs are enormous, where the strong rule and the swift survive, and where the outside world—beyond the mountains that enclose Mauch Chunk, Pennsylvania—seldom intrudes.