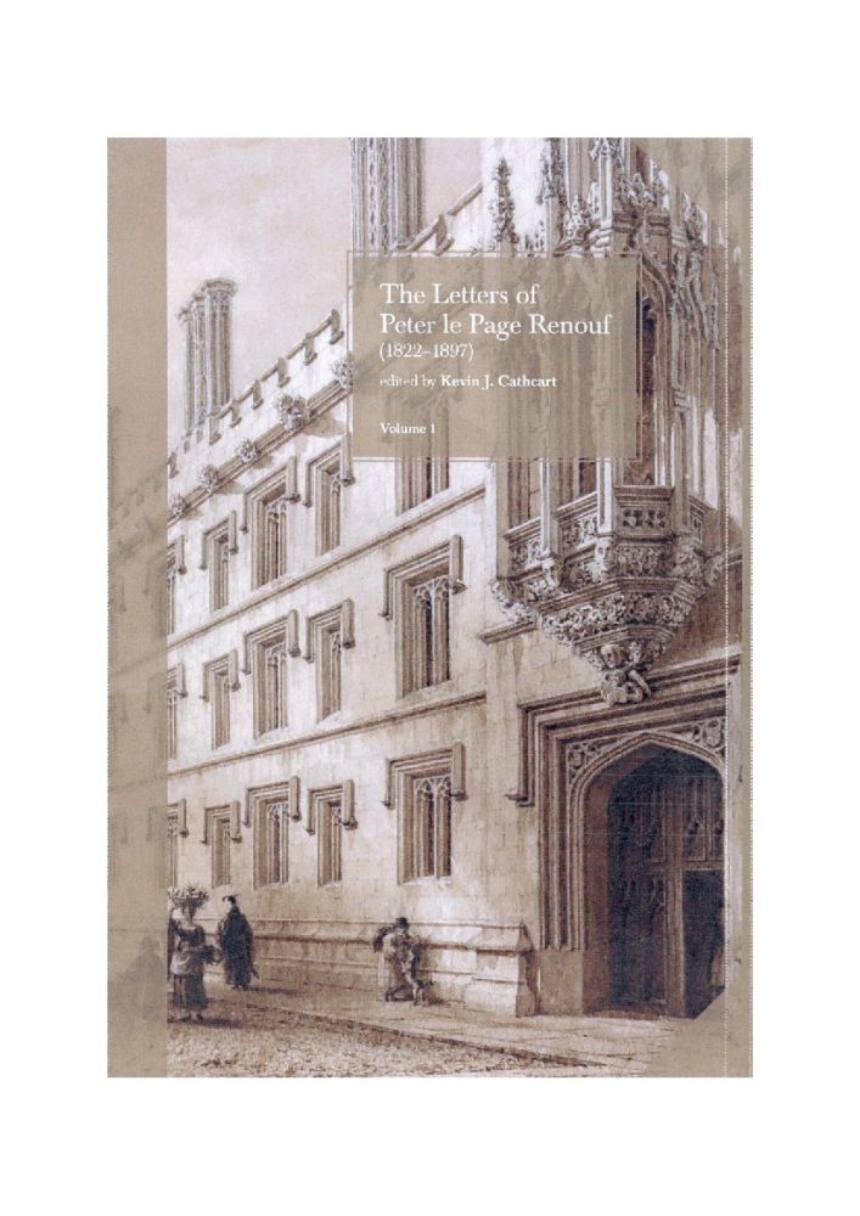 Sir Peter le Page Renouf (1822-97), a Guernseyman, was described by Lord Acton as "the most learned Englishman I know". The remarkable collection of his surviving letters covers Renouf’s varied career from his days as a student in Oxford, his time as a lecturer in the 1850s at the new Catholic University in Dublin until after his retirement as Keeper of Egyptian and Assyrian Antiquities at the British Museum. The letters in volume one cover the early years of Renouf’s life, including his time as an undergraduate at Oxford, and as a tutor at Oscott. They include much colourful chitchat about fellow students and teachers; but they also reveal the reaction of a clever and serious young undergraduate to the intellectual and spiritual excitement of the Oxford Movement. Renouf had already published a theological pamphlet in his 19th year. The study of Arabic, Ethiopic, Hebrew and Syriac would influence his future career more profoundly than he could possibly have guessed in these early years. At Oxford and Oscott he came in contact with many prominent Victorians, including Newman, Frederick William Faber, Pugin, Pusey, Wiseman, Lord John Manners, and Ambrose Lisle Phillipps.