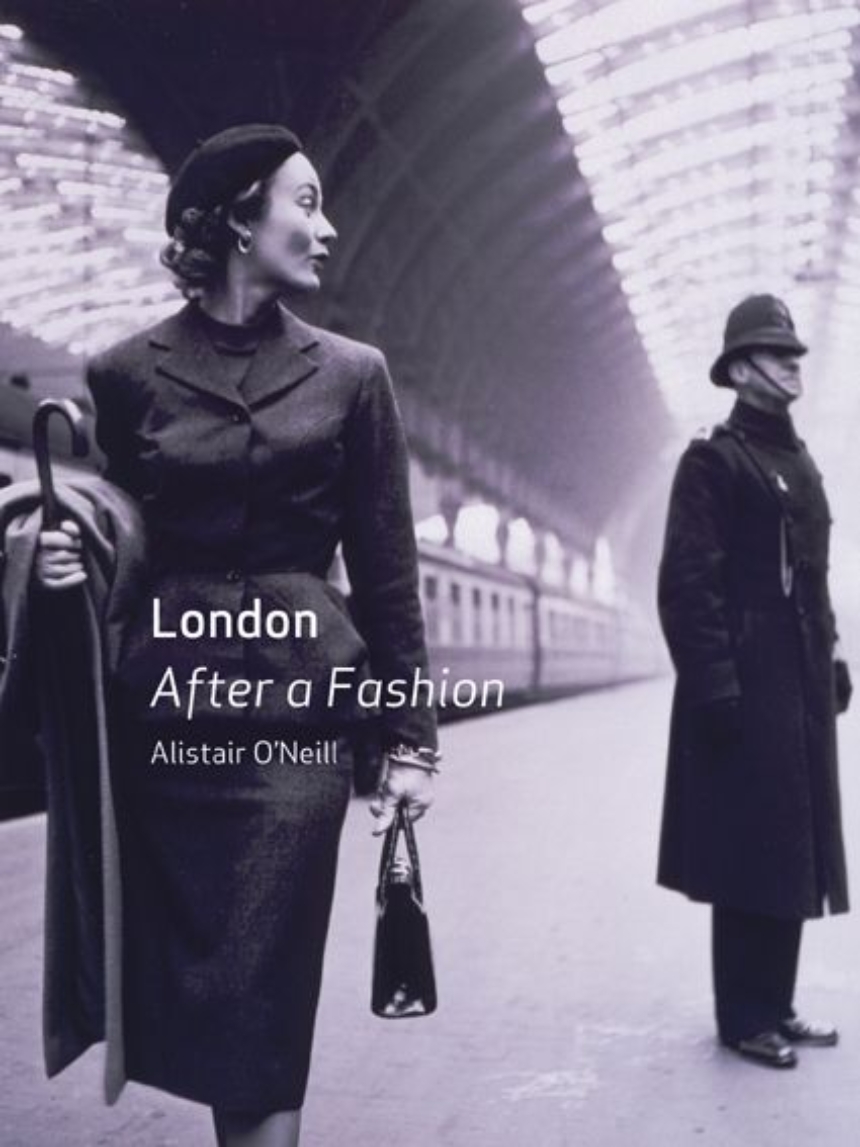 London Fashion Week is the pinnacle of the fashion season, and it features an array of native designers, from Burberry and Vivenne Westwood to Alexander McQueen and Nicole Farhi. The roots of London’s place as the international epicenter of haute couture and prêt-à-porter stretch back centuries, and they are explored here by Alistair O’Neill.

Arguing that fashion was central to the impact of modernity in late nineteenth- and twentieth-century London, O’Neill maps the progress of fashion against the city’s neighborhoods and streets. Carnaby Street, Soho, Jermyn Street, and King’s Road each get their turn in London, along with many others, revealing the intersection between London’s urban history and the development of fashion. O’Neill’s analysis is not merely confined to clothing—from the popularity of tattooing in the 1890s to the diverse uses of chintz in the 1980s design aesthetic, he traces the history of fashion in its various manifestations and explores how particular figures were key to disseminating fashion throughout British and international cultures. Participating in fashion, Londonshows, was not only a pleasurable aspect of modern urban life, but also a fundamental element of contemporary cultural sensibilities. London unearths vital moments of revolution in fashion that reflect deeper changes in London’s history and culture, contending that these historic changes are unfairly marginalized in accounts of transformation in the city’s culture.

A fascinating look at style and urbanism, London offers an intriguing reconsideration of the role of fashion in city life and fills in long overlooked gaps in the history of London and modern design.

"Alistair O’Neill’s London: After A Fashion is a beautifully written and researched analysis of how everything effects everything else. There are fine chapters on Soho in the 50s, Francis Bacon, and the great and seminal British Surrealist Exhibition of 1936. Fascinating stuff."

"A quirky and original contribution to the burgeoning literature on cultural and fashionable London, London - After a Fashion develops a fresh perspective through the unexpected lenses of tattooing, surrealist hats and 1980s chintz, among other things, and the result is both entertaining and scholarly." --Elizabeth Wilson

"He’s as crisp as freshly ironed linen. His range of references is a proper pleasure. . . . London and its fashions are never reducible to a few media execs lusting after the long legs of dolly birds. They are newer and older than that, and far more dangerous."

Veronica Horwell | The Independent on Sunday

"This fascinating little book reaches beyond clothes to take in the capital’s cultural and style highlights of the past 100 years or so."

"In eight intriguing essays, O’Neill pursues fashions that blossomed in London over the past century."

"Entertaining survey of clothes districts of the capital."

"The book contains close to one hundred photographs that clarify and enrich the text . . . the book is a highly selective but stimulating and readable analysis of how social changes in particular areas of a major city, refracted through the lens of creative talent, transformed the character and meaning of fashionable appearance during the twentieth century." – Diana Crane, The Historian