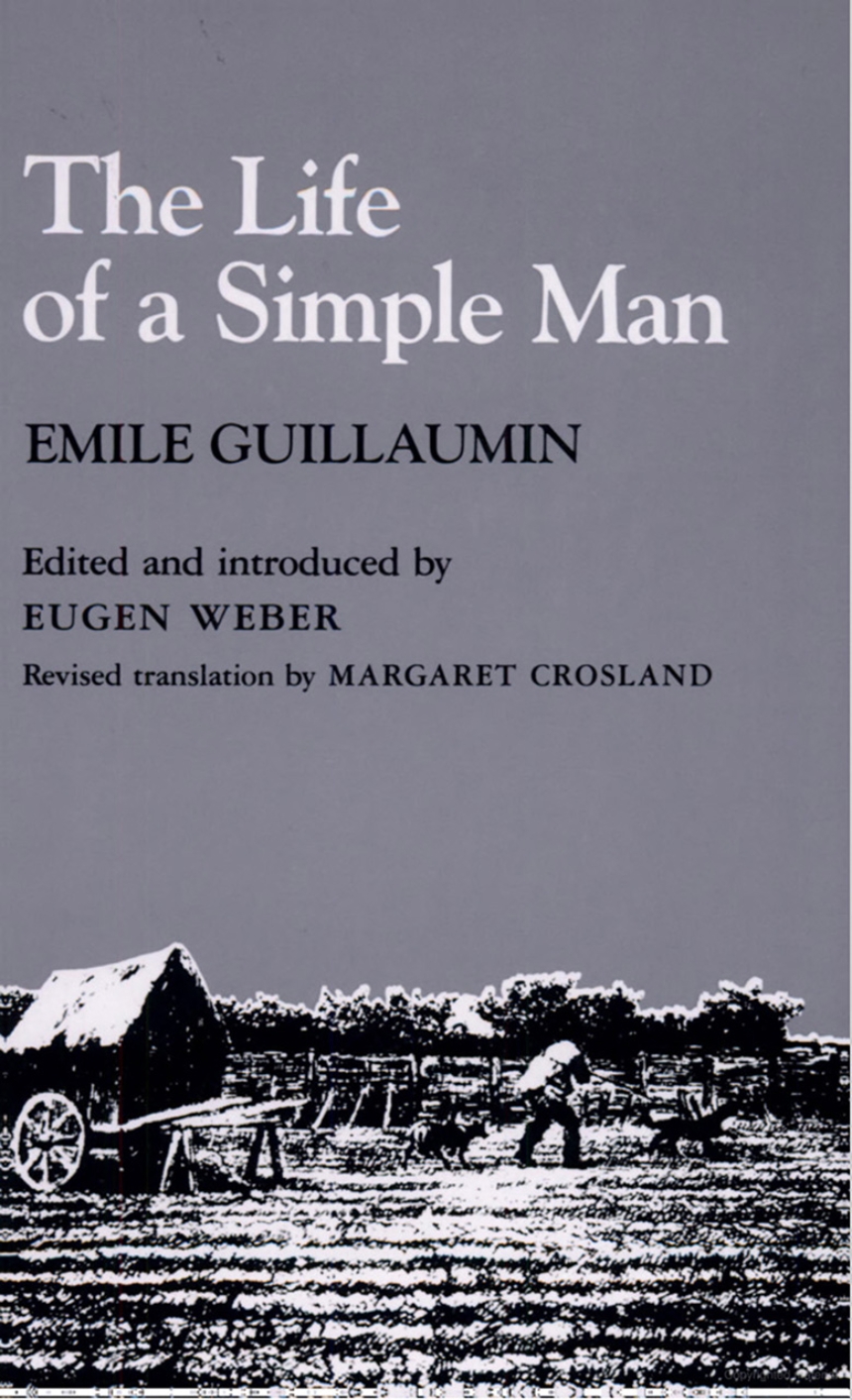 The Life of a Simple Man

The Life of a Simple Man

In order to “show the gents of Moulins, of Paris and elsewhere, just what a sharecropper’s life is like,” Emile Guillaumin, under the guise of fiction, wrote this story of “Tiennon,” a French peasant born fifty years before him in 1823. A peasant himself, Guillaumin was unique in that, after a few years of schooling, he continued to work his small farm in central France to the end of his life, reserving nights for study and writing. Guillaumin felt that the French peasant had been misrepresented in contemporary literature--either romanticized as in George Sand or depicted as a dumb victim of the forces of nature as in Zola--and wanted to correct the picture. The result is a moving first-person story that can be read as a fictional account, as well as the best kind of material for historians seeking to understand how nineteenth-century French peasants really lived.