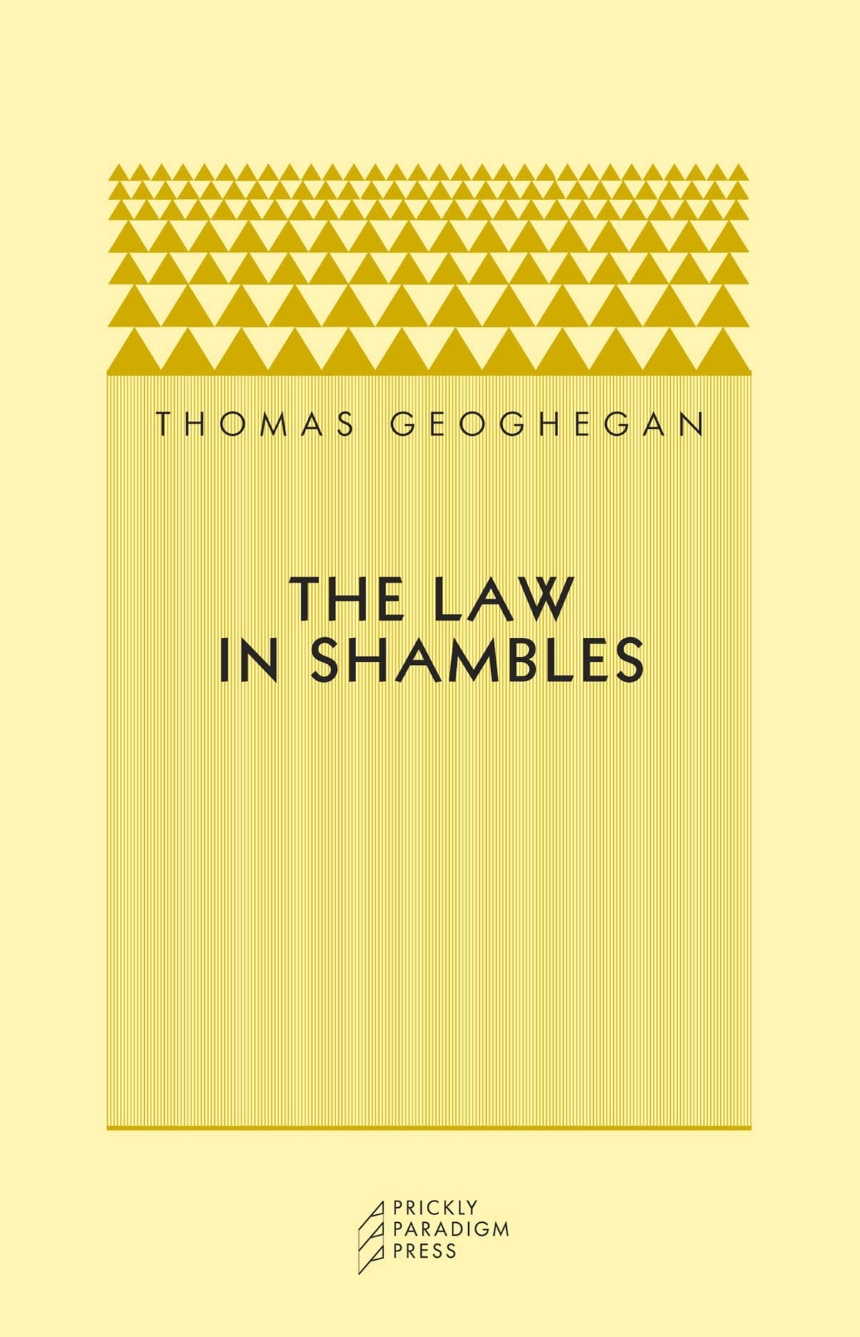 The Law in Shambles

The Law in Shambles

It’s an enduring axiom: before there is democracy, there is rule of law. Thomas Geoghegan argues here in his lively pamphlet that as the pillars of the American legal system are crumbling, so too is the American democracy.

Geoghegan convincingly explains how the 2000 presidential election was only the first sign that justice is now driven by party politics. He notes how even lawyers are becoming disillusioned with the law, as federal cases are increasingly determined by whether they are heard by a Bush-appointed judge or a Clinton-appointed judge.

Geoghegan ultimately contends that the sense of disorder in our legal system has never been greater, and we may no longer have the basic civic trust necessary to preserve the rule of law.

"His argument is an important one. . . .  a provocative thesis that’s written in a wonderfully accessible, polemic style."

"An original and outrageous thinker . . .  It’s a 142-page paperback--a quick, fun read, which Geoghegan himself calls a ’pamphlet,’ but that doesn’t do the book justice, unless he means to compare it to pamphlets like Tom Paine’s Common Sense. Geoghegan’s book is intended merely to shake you up. And, boy, does it succeed."

"When Geoghegan says that the law is in shambles, he is referring not just to our judicial system but the political one, as well. . . . He raises several questions of serious concern. Readers will probably agree with some of Geoghegan’s arguments and disagree with others. It would no doubt please him to know that he has at least touched off thoughtful discussion on important issues."

"Tossing out ideas like a agent provocateur of the intellect, Mr. Geoghegan dares you to disagree with him. The result, despite the fact that many of the problems he raises may well be intractable, is great mental stimulation. . . . The Law in Shambles is replete with . . . passages that make you want to pull a reference book down from the shelf to see for yourself if the author is right and you yourself (god forbid) are wrong. That’s one of the main reasons why this book is so much fun to read. . . . You may not agree with all Tom Geoghegan’s opinions . . . but I suspect you’ll enjoy the mental arm-wrestling. This is the kind of book that you find yourself going back to, over and over."