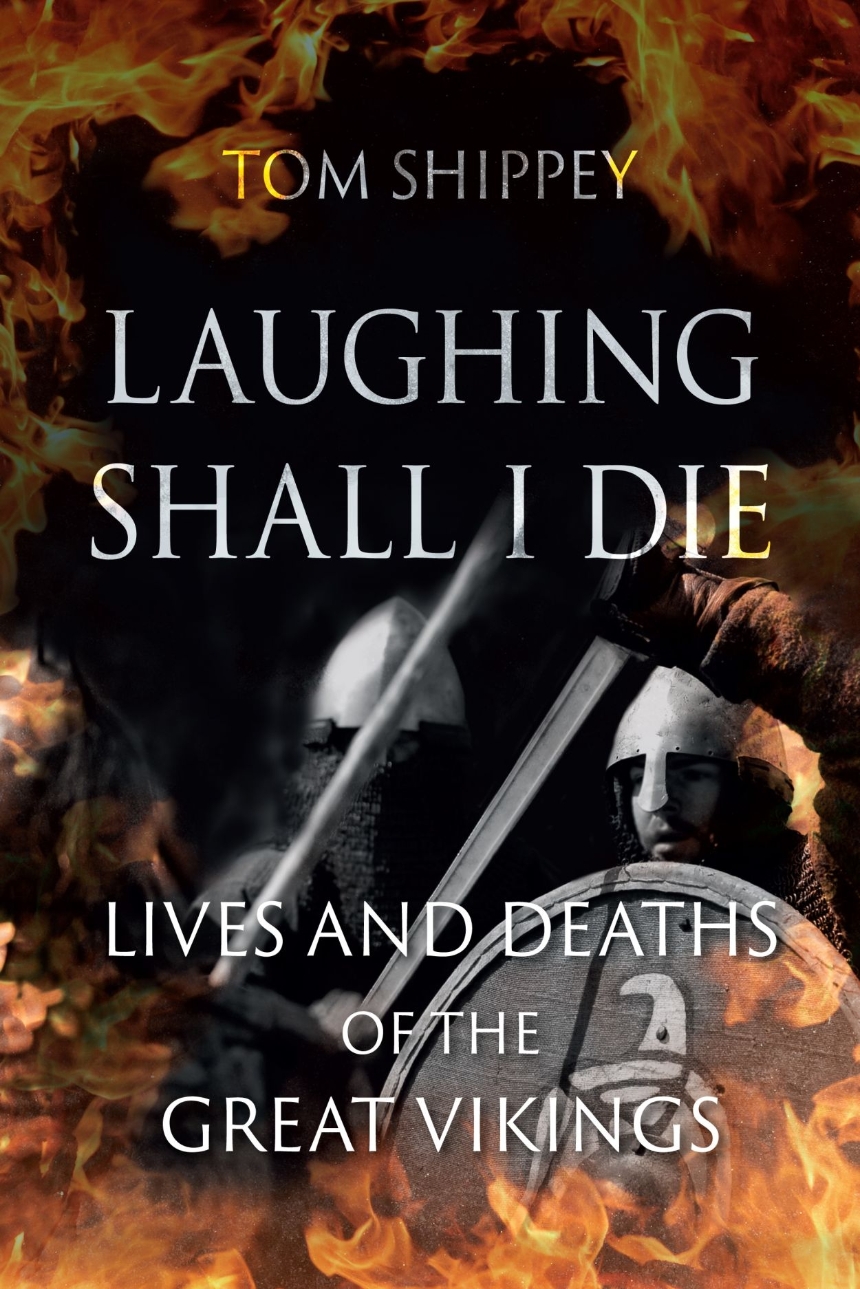 Laughing Shall I Die

Lives and Deaths of the Great Vikings

Laughing Shall I Die

Lives and Deaths of the Great Vikings

Laughing Shall I Die explores the Viking fascination with scenes of heroic death. The literature of the Vikings is dominated by famous last stands, famous last words, death songs, and defiant gestures, all presented with grim humor. Much of this mindset is markedly alien to modern sentiment, and academics have accordingly shunned it. And yet, it is this same worldview that has always powered the popular public image of the Vikings—with their berserkers, valkyries, and cults of Valhalla and Ragnarok—and has also been surprisingly corroborated by archaeological discoveries such as the Ridgeway massacre site in Dorset.

Was it this mindset that powered the sudden eruption of the Vikings onto the European scene? Was it a belief in heroic death that made them so lastingly successful against so many bellicose opponents? Weighing the evidence of sagas and poems against the accounts of the Vikings’ victims, Tom Shippey considers these questions as he plumbs the complexities of Viking psychology. Along the way, he recounts many of the great bravura scenes of Old Norse literature, including the Fall of the House of the Skjoldungs, the clash between the two great longships Ironbeard and Long Serpent, and the death of Thormod the skald. One of the most exciting books on Vikings for a generation, Laughing Shall I Die presents Vikings for what they were: not peaceful explorers and traders, but warriors, marauders, and storytellers.

"Magnificent. . . . Lively, friendly and occasionally barbed. . . . Shippey's magnum opus provides not only an exhilarating, mind-expanding appraisal and retelling of Viking history but also an invitation to discover the cold-iron poetry and prose of the medieval North. Take up that invitation."

“Shippey sails gallantly between the skerries of faculty-room ‘comfort zones,’ defiantly portraying the Vikings ‘in their own terms.’ . . . He shows us that both literary and archaeological evidence can help to bring us closer to the Old Norse mindset, providing fascinating proof of the Vikings’ own intellectual examination of their place in the world.”

"A lively retelling of some great stories."

"Today, much of the popular discourse on the Vikings tends to be directed towards the rehabilitation of medieval Europe’s northerly inhabitants as respectable people. In Laughing Shall I Die, Shippey blows this longship out of the water with a thought-provoking and entertaining exploration of the Viking mind-set, which he describes variously as ‘psychopathic’ and a ‘death cult’. . . . Throughout, Shippey’s distinctive voice comes across loud and clear: conversational, intelligent, irreverent, darkly comic—not unlike the Old Norse sagas and poems he explores. Psychopathic death cult or otherwise, I suspect the Vikings themselves would have approved of both the tone and the content."

"Fascinating . . . Spirited, engaging, and frequently very funny, this book is as memorable and enjoyable as the medieval stories it explores—an unmissable read for anyone interested in the Vikings."

"Shippey's irresistible new book Laughing Shall I Die is a densely-detailed excavation of the lives, battles, and deaths of the towering figures from the Norse sagas and poems. . . . Flinty, argumentative, bristling with energy—Laughing Shall I Die is not only entertaining and challenging . . . it's also the most Viking Viking book we'll likely see all year."

"Here are two take-aways from Shippey’s latest book: One, 'Viking' was a job description, not a racial or ethnic designation; and two, a quality demanded of those Vikings was a finely honed, mordant sense of humor that perhaps we modern nine-to-five cubicle-dwellers would find difficult to understand. That sense of humor includes composing, on the spot, even as the composer is being bitten to death by a pit-full of adders, a beautiful song that will be handed down through the ages. The song concludes with the line, 'Laughing shall I die,' primarily because the dying Viking knows his sons are coming to wreak vengeance on the king who put him in the pit and will subject said king to a longer, slower, far grislier demise. It’s pretty funny, apparently, if you’re a Viking."

"As a sprawling guide to Viking history, Laughing Shall I Die makes compelling reading. Shippey’s wide-ranging survey of the literature is lucid and engaging, presenting his view in a way that’s revealing even for readers already familiar with the subject material, and accessible for those who aren’t . . . The author’s voice is memorable and idiosyncratic, making this an easy and enjoyable read despite its scholarship. Laughing Shall I Die is an informative and entertaining read for anyone interested in the Viking age."

"It is a mark of our Age of Sensitivity that scholars have tried to turn the murderous Vikings into hygge-loving Scandinavian traders (with no trigger warning for those who don’t care for revisionist history). It is an approach that has no currency with Shippey. . . . He gives us a remarkable account of the robbers and raiders that bear more resemblance to a medieval biker gang than to maritime merchants. And for those of us that still go in for a good bit of that old-time masculinity, Shippey enthralls. . . . We shall not see their kind again, nor are we likely have a book that helps us see them so well."

"[Shippey's] text maintains an entertaining and approachable tone that would not overwhelm a novice to the field. He effectively shares his knowledge of the content area in a way that avoids dwelling on minutiae."

“As tough and uncompromising as the Viking heroes whose lives and deaths it recounts, Shippey’s book also shares their dark sense of humor. . . . Shippey upsets entrenched positions, dissects legend from history, and reveals how the Vikings were able to dominate in the North for more than three centuries.”

Carolyne Larrington, University of Oxford | author of "The Norse Myths: A Guide to the Gods and Heroes"

“This new book will become a classic. For me it was a must-read, and a very pleasant one at that. Shippey takes the reader deep into the world and thought of the Vikings. Along with exploring their violence, travels, and technology, he asks: ‘what gave them their edge?,’ and ‘how did they get away with it for so long?’ His answers often focus on the strange (if I may say) amusements of Old Norse heroes. . . . A fine read written by someone who understands Old Norse sagas, myths, and legends.”

“With his usual erudition and insight, Shippey has shed some light on an always interesting question: how different from us can a strange people (the Vikings) be and still be considered human? Put another way: what does the difference between how those people see themselves and how we see them say about our capacity for sympathy and understanding? In Shippey’s hands the Vikings are a challenging subject, but an illuminating one.”

Stephen R. Donaldson, author of “The Chronicles of Thomas Covenant”

“Shippey’s account of the mindset and motives of Vikings offers a judicious challenge to scholarly orthodoxies, while reaching out to a much broader readership. The horned helmets may have been banished, but the tough-minded and rapacious marauder now reappears in ways that deserve serious attention. . . . A tour de force. Its author has done Viking studies a memorable service.”