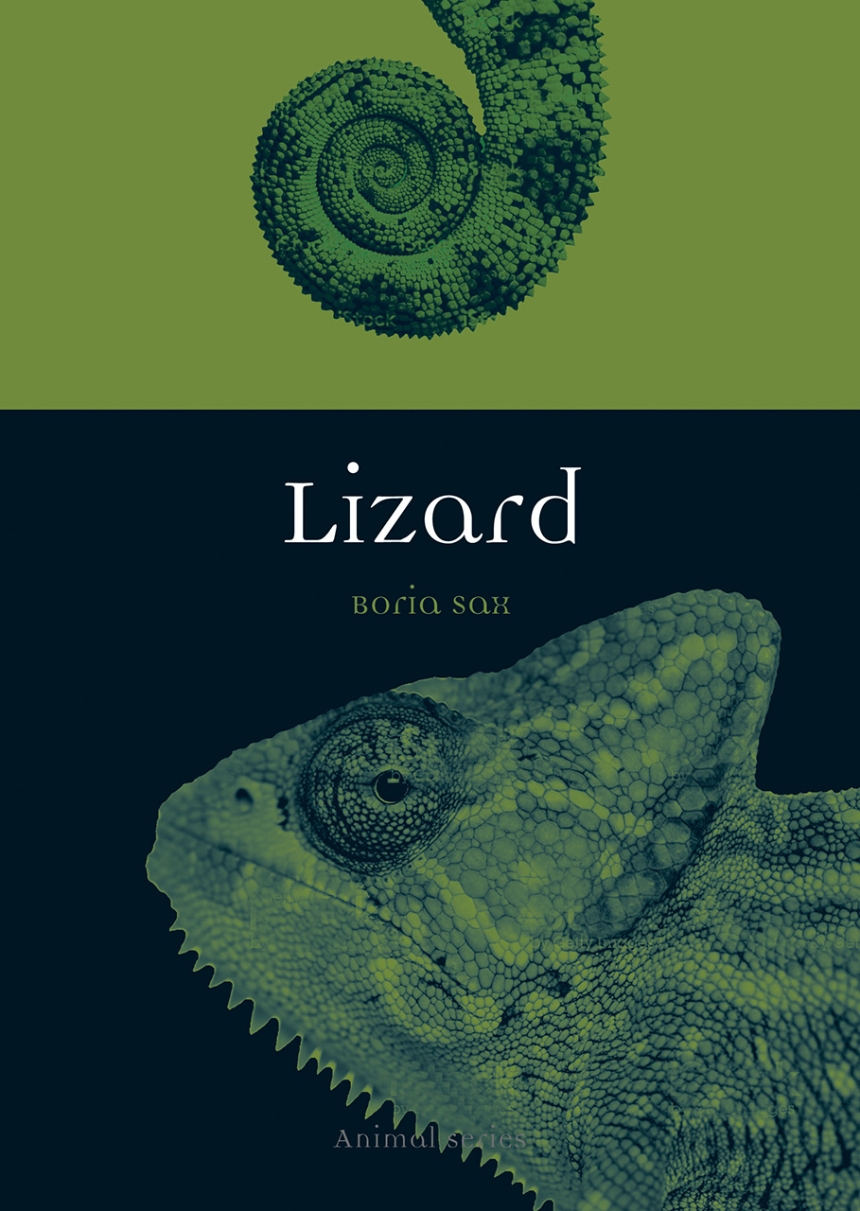 Our storybooks are full of lizards, but we usually call them something else—dragons, serpents, dinosaurs or monsters. These stories vastly increase their size, bestow wings upon them, make them exhale flame, and endow them with magical powers. Lizards stimulate the human imagination unlike most other animals, despite generally being small, soundless, and hidden from sight in burrows, treetops, and crevices. They can blend into a vast range of environments, from rocky coasts to deserts to rain forests. Their fluid motion can make us think of water, while their curvilinear form suggests vegetation. Their stillness suggests death, while their sudden arousal is like resurrection.

This delightful book gives lizards their due, demonstrating how the story of lizards is interwoven with the history of human imagination. Boria Sax considers the lizard as a sensual being—a symbol, a myth, a product of evolution and an aesthetic form. He describes the diversity of lizards and traces the representation of the reptile in cultures including those of pre-conquest Australia, the Quiché Maya, Mughal India, and central Africa. Illustrated throughout with beguiling images, Lizard is a unique and often surprising introduction to a popular but little-understood reptile.

“Lizard and Dinomania present author/researcher Sax at his multidisciplinary best: mixing and relating biology, botany, paleontology, anthropology, biography, history, mythology, art history, popular culture, and more, into coherent wholes. The skillful way he interweaves these various themes reminds this reviewer of the pictures and models of DNA strands as the complexity of the finished product emerges. . . . Sax and Reaktion Books receive extremely high marks for the quality of these books: not only good binding, but exemplary reproduction of illustrations in both black and white and color. An editorial choice was made to place illustrations throughout—rather than in special sections—something for which all readers should be grateful.”

"One of the most appealing features of this book is that it is packed with thought-provoking information on the adaptations and behaviors of selected reptile species. . . . This colorful and lavishly illustrated book, while providing considerable information on the biology of lizards, is enriched with many connections to human culture—its art, religious practices, folklore, mythology, astrology, literature, history—and comparisons between reptile and human characteristics and behavior."

"Though called toads or frogs, the Texas state reptiles are really lizards. But as Sax notes in Lizard, the term is a catchall, not a useful taxonomic category. Conceptually, lizards include not just various four-legged reptiles, but also crocodiles and tuataras, salamanders and armadillos, dragons and dinosaurs."

“Sax’s actual lizards are as wondrous as their dragon and dinosaur relatives. In this sweeping natural/unnatural history, Sax presents lizards in their multiple biological and imaginary forms, from prehistory to the current sixth great extinction. With its wide-ranging research, engaging style, and eclectic illustrations, Lizard is Sax’s compelling extension of his award-winning studies of living animals and our folkloric and mythic creations.”

Joseph Nigg, author of "The Book of Fabulous Beasts: A Treasury of Writings from Ancient Times to the Present"