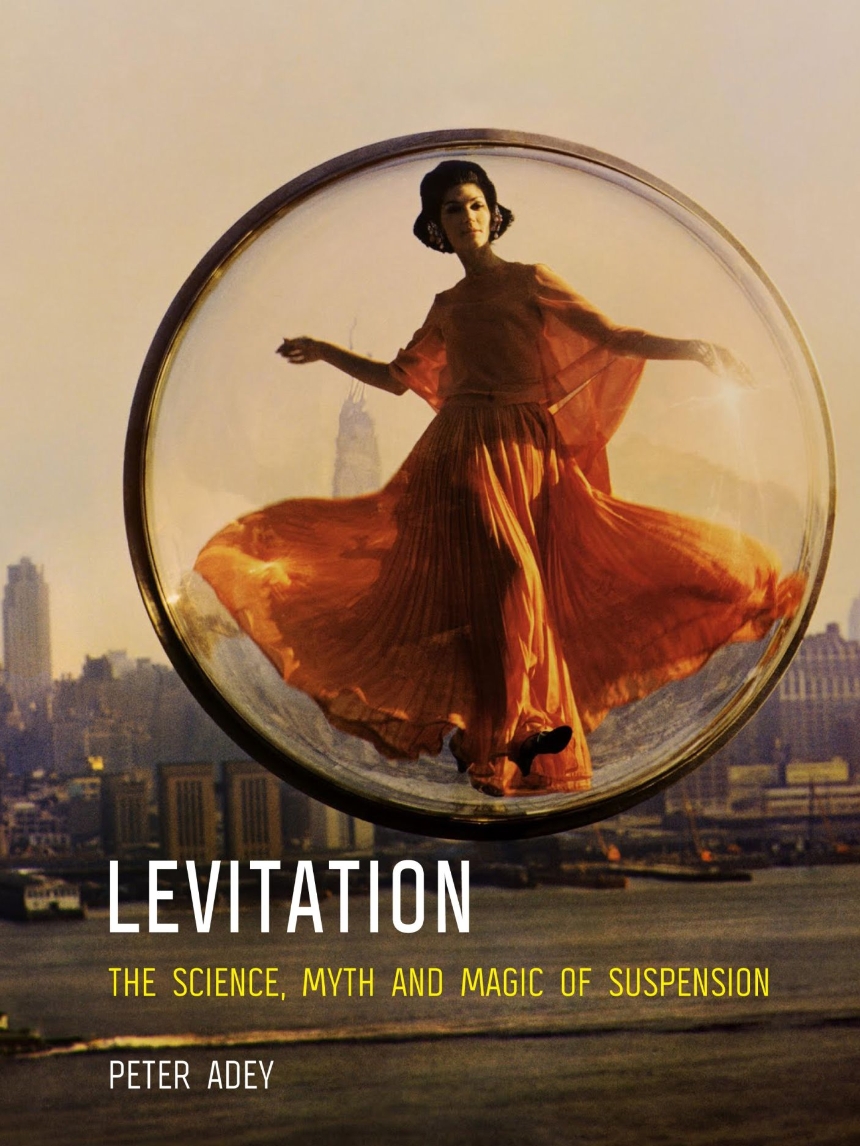 The Science, Myth and Magic of Suspension

The Science, Myth and Magic of Suspension

Light as a feather, stiff as a board, light as a feather, stiff as board: anyone who has ever been to a slumber party can probably still conjure these words from deep within their psyche. Sure, anyone can fly these days so long as they have a credit card and government-issued ID, but what does it take to perform that more fundamental magic, to levitate? In this fascinating book, Peter Adey hovers over the peculiar stories of those who have dreamed of, believed in, or—can you believe your eyes—practiced levitation, offering a wide-ranging history of a unique phenomenon that can be found in countless cultures.

As Adey argues, levitation is best thought of as a pre- or parallel pursuit to that of aviation—but one that doesn’t cheat by employing aeronautical machinery. As he shows, many people have been certain that it is absolutely possible to float unaided. Early modern scientists believed in the force of levity as an opposite to that of gravity. Many traditional societies have deep-rooted shamanic traditions of spirit and dream flight. And many ancient religions have age-old accounts of ascetic saints hovering in sublime ecstasy. In more recent times, magicians and mesmerists have wowed audiences by seeming to float by the powers of thought alone. Science-fiction writers and urban planners alike have countless designs of floating cities hovering high above the earth, and even artists have experimented with levitation to find new forms of expression—one need just think of Yves Klein’s “Leap into the Void.”

Touching upon these and many other examples, Adey demonstrates how significant this magical act has been in our cultural, scientific, and spiritual lives. From poetry to philosophy to technology to even law, he lifts up levitation as a fascinating wonder in our shared imaginations.

“Wonderfully digressive. . . . Brilliant. . . . A phantasmagorical cultural history. . . . As sly and strange as its subject, Adey’s book is an ambiguous, allusive, and fascinating manual of unassisted flight, and I only wish I’d had it to hand when I was a ten-year-old would-be levitator.”

"Buddha’s vertical takeoff does not appear in Adey’s Levitation, but scores of other elevations do. Adey’s book is exhilaratingly wide-ranging and it is crammed with the sorts of beguiling oddities that would have made Buddha tut in disapproval."

"This wide-ranging and well illustrated study is not so much about incidents of levitation as about the ideas of floating, rising up, and moving through the air, drawing examples from philosophy, religion, magic, science and popular culture. Adey writes engagingly as he reveals the remarkable depth and extent of these ideas, how they have become embedded in human society, and how they have manifested or been expressed. . . . From the power of ascetic saints and surrealist art to flying superheroes and astronauts in null-gravity, through today’s CGI tricks with camera or computer, and even further into the future with hovering cities, Adey keeps you thinking."

"Adey’s aerial archive is vast; his insights, compelling. . . . Full of delightful discoveries. . . . Levitation is something all too often missing from academic publishing: a sourcebook for the imagination itself."

“An exploration of the cultural and political meaning of floating and levitating in the air, Levitation is an extraordinary book. Ranging across philosophy, theology, popular culture, and science, the book is a sublime revelation of how the air, and what floats in it and on it, have shaped human societies. A mesmerizing and beautifully illustrated book.”