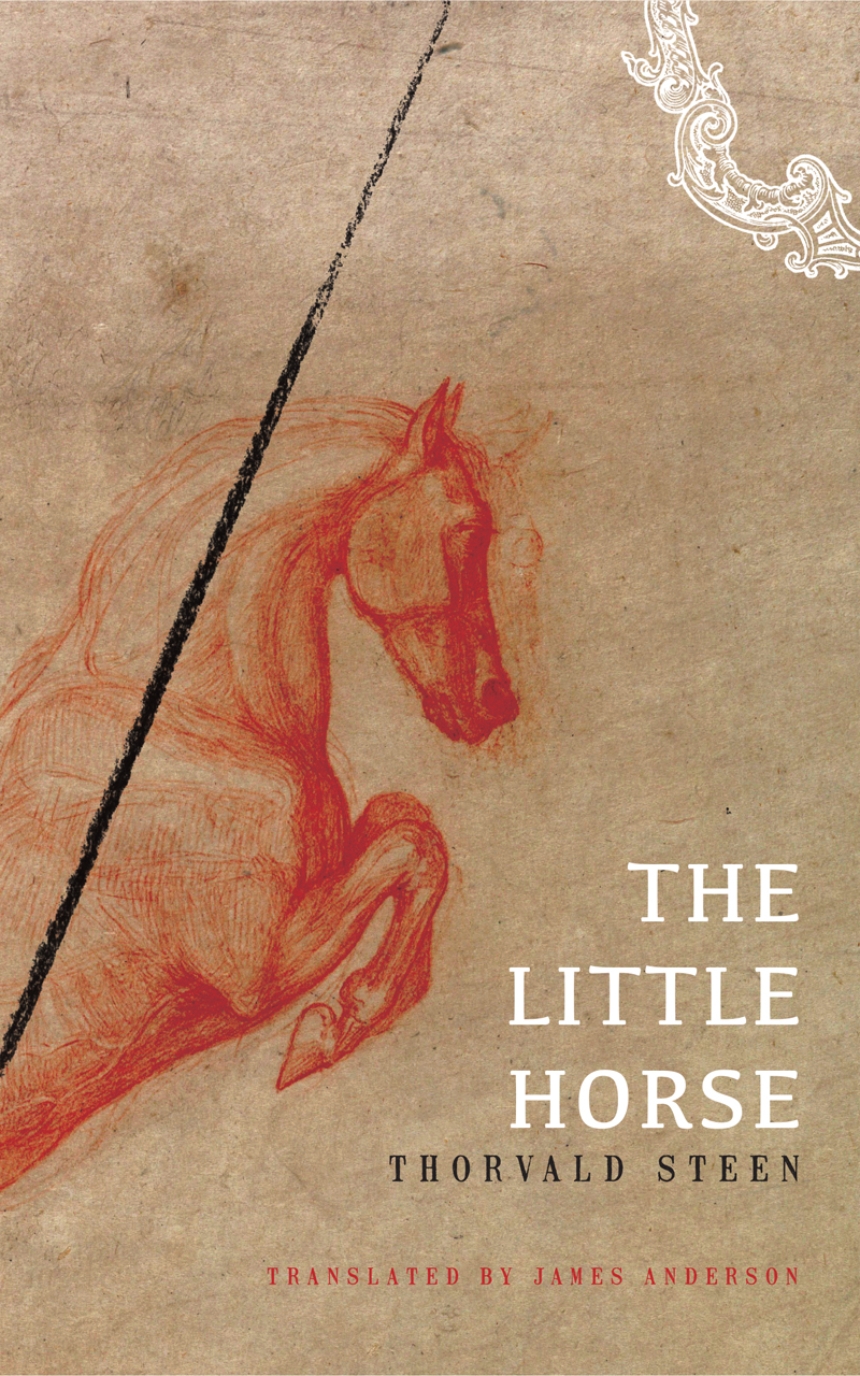 Translated by James Anderson
Snorri Sturluson was an Icelandic politician, writer, and historian living during the twelfth century. He was a man of great political influence, and his writings are still researched and valued today. Snorri was killed on September 22, 1241, in Reykholt, where he lived the last years of his life, and The Little Horse is a novel about his final five days.

Snorri, knowing his end is near, begins to write a saga of his own life. He wants to refute all those who oppose him in Norway and Iceland, and defend himself against rumors that he is power hungry and a deceitful womanizer. He is haunted by the fear that his son Orækja will turn against him, and waits to meet Margaret, the woman he loves, who challenges him in every possible way. Meanwhile, assassins in the distance prepare to carry out their orders to end his life.

This creative, beautifully constructed novel reimagines the final days of this Icelandic hero, providing a wonderful new perspective on the politics and culture of the period.

“The structure provides clarity and directness, which Steen slowly unravels by traveling through Snorre’s memories and into the path of the lives intersecting his, of those who loved him, who hated him, and who killed him. The Little Horse shows just how much richness there is in dramatic irony. . . . Steen doesn’t abandon the ripe entertainment in a story of love, fatherhood, spies, betrayals, manipulation, revenge, and assassins attacking a man who has secret tunnels on his property and a son who kills on his orders in eleventh-century Iceland. It is a saga itself and Anderson’s translation accomplishes the difficult task of creating not just the descriptions of a historical time, but prose that has the stiffness of an older world, while still tumbling gently, never forgetting that Iceland is a land of beauty.”

“With the slightly stilted feel reminiscent of translations of the epics of those times, The Little Horse is a nice little work of historic fiction, plausibly entering into the mind of Snorre Sturlason during his final days, and creatively—and suspensefully—spinning out the final plot that led to his fatal downfall.”