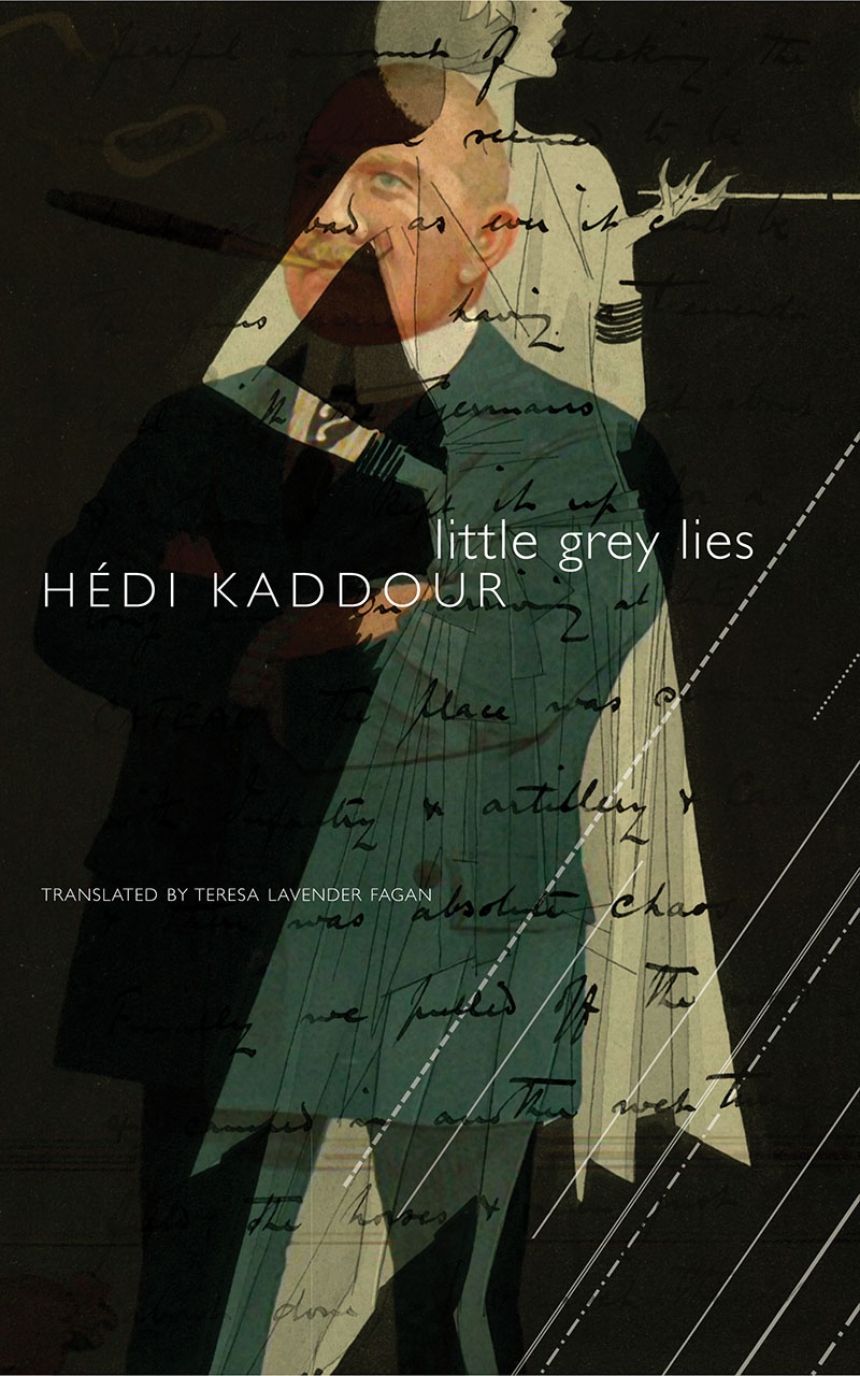 Translated by Teresa Lavender Fagan
London between the wars was a place of anxiety and uncertainty. After the postwar boom of the 1920s, the aftereffects of the stock market crash hit London and, even as the fortunes of the aristocracy went into decline, there was hunger and a rising tide of virulent fascism. It is in this setting that Max, a French journalist looking for his next story, and Lena, an American singer, find themselves in Hédi Kaddour’s Little Grey Lies. Once lovers, but now friends, Max and Lena travel with Lena’s new man, Thibault, and with Max’s barely masked jealousy. Then they meet the striking Colonel Strether, the epitome of military decorum and bearing. An aging war hero, Strether seems to Max to be his best chance at a story, but as the two men talk, it seems Stether may not be who he says he is and the old soldier’s past begins to trouble Max and Lena as they crash forward through memories and truths not theirs.
As in his other work, internationally renowned poet and novelist Hédi Kaddour offers shifting time-frames and kaleidoscopic viewpoints in a mannered metafictional thriller that bears comparison to both Robert Coover and John Le Carré. Little Grey Lies is historical suspense at its best.

"It is a story full of feints and hints, with many of the small scenes and various encounters--subtle, understated--very nicely presented. A solid little work."