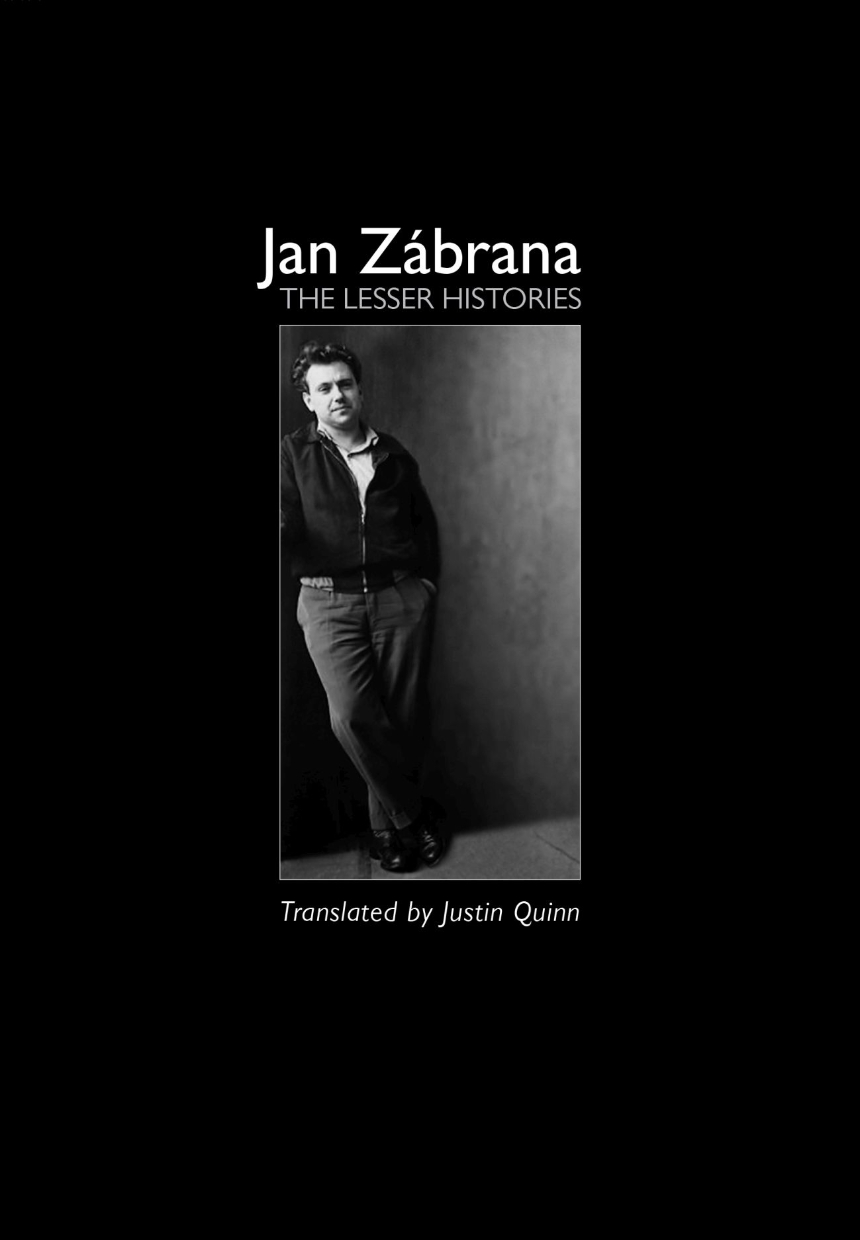 Translated by Justin Quinn
The first collection of poetry in English by an acclaimed twentieth-century Czech writer.

From the eighth floor of a tower block in Central Europe, Jan Zábrana surveyed the twentieth century. He had been exiled from his own life by Communism. His parents were imprisoned, their health was broken, and he was not allowed to study languages in college. Refusing both to rebel outright or to cave in, he thought of himself as a dead man walking. “To all those who keep asking me to do things for them, I sometimes feel like saying: ‘But I’m dead. I died long ago. Why do you keep treating me as if I were one of the living?’”
​
Yet during some of Europe’s most difficult years, he wrote The Lesser Histories, a collection of sixty-four sonnets that range through themes of age, sex, and political repression—a radiant testament to his times. The lines are emptied both of personal pathos and political stridency. Often Zábrana’s own voice segues into those of poets he had translated over the years, leaving only a bare shimmer of subjectivity—humorous, oblique, pained—with which to view his own works and days. The poems document a splendid and bitter isolation, and are immersed in the humor, hatreds, and loves of the everyday. Published in Czech in the ill-fated year of 1968, they subsequently fell into neglect. After the fall of Communism in 1989, Zábrana’s collected poems and selected diaries were published in Czech, and he was acclaimed as a major twentieth-century writer. Now, with this collection, he can begin to reach English-language readers for the first time.

“Jan Zábrana was a most original Czech author for whom poetry became an existential refuge in the oppressive Communist 1950s–'70s. His poems often draw force from the unsightly, prosaic, and the ordinary which flows into striking images and surprising metaphors. His formal and stylistic versatility is unique.”