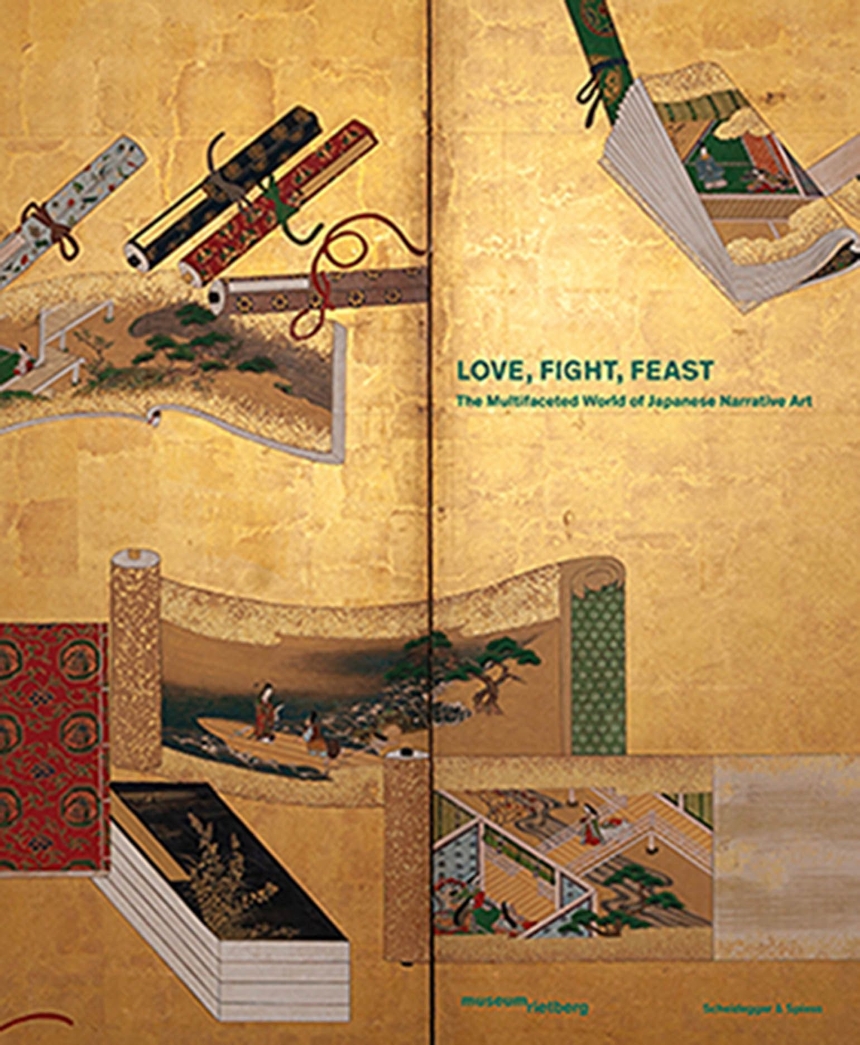 The use of pictures to communicate a story has a long tradition in Japanese culture that dates back more than a thousand years. Such narrative illustrations draw on Buddhist texts, classic literature, poetry, and theatrical scenes to create rich visual imagery realized in a wide range of media and formats. Quotations from and allusions to heroic epics and romances were disseminated through exquisite paintings, woodblock prints, and in pieces of applied arts such as lacquerware or ceramics, thus becoming anchored in the collective consciousness. As story-telling art found expression in a variety of materialities, it became an integral part of daily life. A fascinating narrative space evolved that combined artistic excellence and aesthetic pleasure.

Love, Fight, Feast features some one hundred paintings, woodblock prints, illustrated woodblock-printed books, as well as lacquer and metal objects, porcelain, and textiles from the thirteenth to the twentieth century, alongside scholarly essays on a range of aspects of Japanese narrative art. Published in conjunction with an exhibition at the renowned Museum Rietberg in Zurich, the book offers a unique survey of the multifaceted, colorful, and imaginative world of Japanese narrative art across eight centuries.