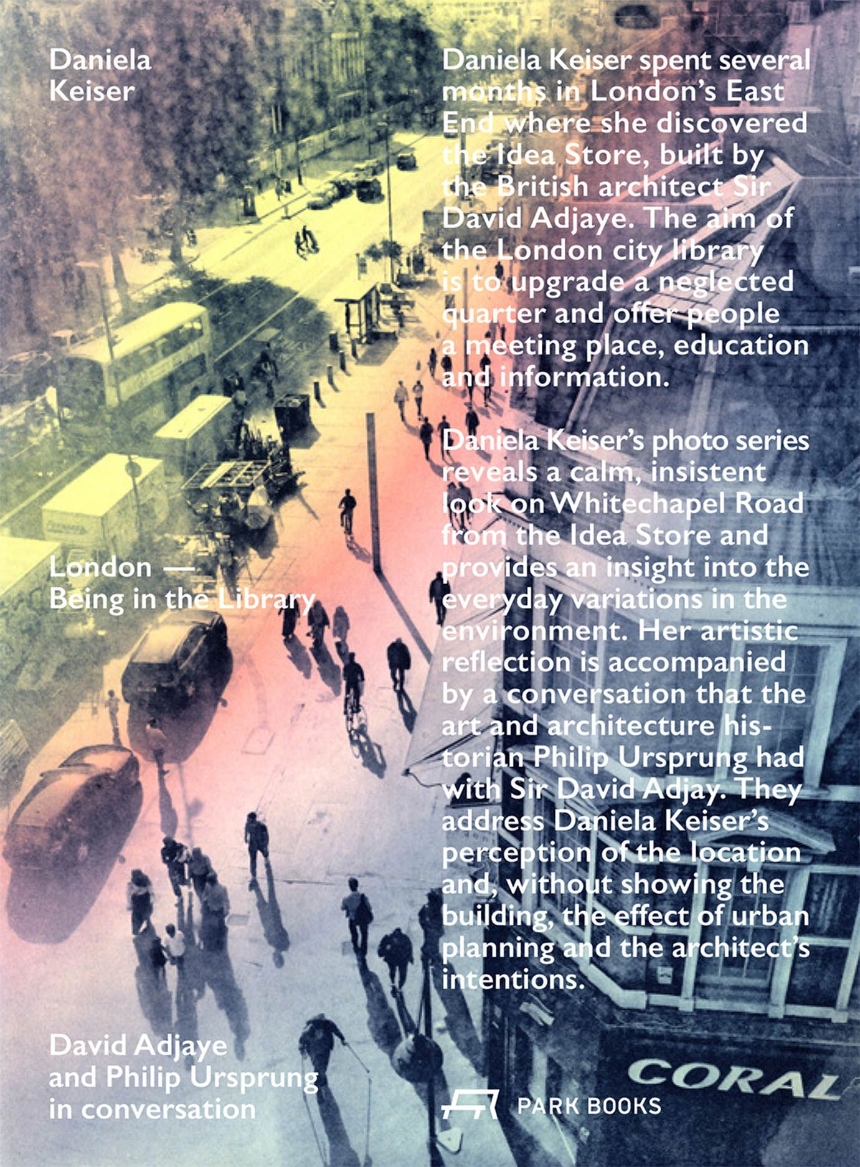 An artistic reflection on the impact of David Adjaye’s architecture for the Idea Stores in London.

Daniela Keiser ranks among the most renowned contemporary artists in Switzerland. In 2017 she was awarded the Swiss national art prize Prix Meret Oppenheim as well as a studio grant from Landis & Gyr Stiftung that enabled her to embark on an extended stay in London’s East End. There she discovered the Idea Store, the public library on Whitechapel Road built by British architect David Adjaye. Upon its opening to the public, this institution quickly became a meeting place for a broad spectrum of society, including socially disadvantaged people. The goal of the Idea Stores—eight of them have been opened in various London boroughs since 2005—is to enhance formerly neglected neighborhoods and offer a low-threshold source of education and information.

From that initial Idea Store on Whitechapel Road, Daniela Keiser began to take pictures of the goings-on in the street outside. Her Library—Idea Store, 321 Whitechapel Rd, Shadwell, London E1 1BU series reveals a calm, repetitive, but insistent image of the city and offers insight into the small everyday variations of the surrounding world. This book pairs her photographic reflections with a conversation between David Adjaye and art and architecture historian Philip Ursprung. They talk about Keiser’s perception of the site and—without actually showing the building—the impact of urban design and the architect’s intentions.