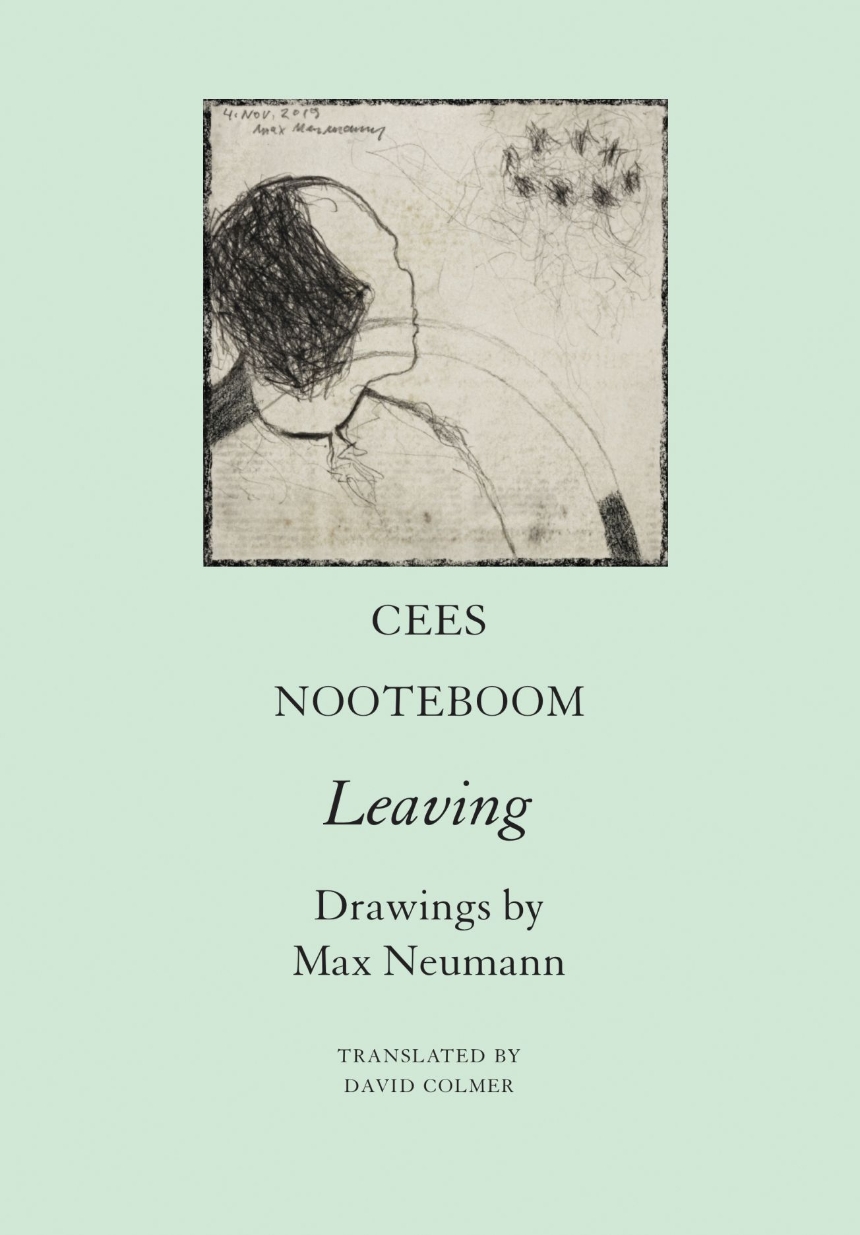 A Poem from the Time of the Virus

A Poem from the Time of the Virus

Illustrated by Max Neumann
Translated by David Colmer
An exceptionally current volume of poems from one of Europe’s greatest poets that dwell on the most pressing reality of our times: the coronavirus pandemic.

One of the leading living European writers, Cees Nooteboom never shies away from contemporary issues. His latest collection of poems, Leaving, begins in a garden with descriptions of Mediterranean plants, but what emerges are memories of the war—images of a distant past that have never disappeared. The poems take another turn when, unexpectedly, a mysterious virus takes control of the world and turns life upside down.

A collection that can be read as a single poem, in which desolation and beauty, past and future, nostalgia and mortality all merge to represent the most mature work of a great poet. German artist Max Neumann’s haunting images that accompany the poems work as complex visual metaphors that further underline the beauty and the gravity of the poems. Together, they make for a delicate and thoughtful read.

"Though not well-known in the U.S., Nooteboom is one of the most eminent poets writing in Dutch, and at 88 has enough clout and perspective to take on the seemingly ungovernable moment of the pandemic. Foregoing the banalities of quarantine writing that quickly became clichés, Nooteboom waited, then provided a vision of the pandemic that is contiguous with the future and the past—his past—rather than a freakish aberration."

"Leaving is a striking example of translation as transformation for a new reading audience. In translation not only words and lines are enveloped in a new language, covers and paratexts are also newly framed."

“Relying in this book more on his keen-edged etching needle than the enshrouding darkness, Nooteboom has carved us a subtle portrait of his spiritual poethood.”

Leaving: A Poem in the Time of the Virus
I
II
III
Afterword
Excerpt

The end of the end, the man in the winter garden
Asked himself, what could that be?
If nothing else, he thought, not any kind of sorrow.
He looked outside and saw a cloud that looked

Like a cloud, as grey as lead, too heavy
For every balance, the bare fig against the wall
With the thousand-year-old stones,
The geese next door, their disapproval,

The way the night needed to be set right,
The grammar of expropriation, nobody
Themselves anymore, not a single apparition,
Withdrawal after defeat


He'd seen that in the war, defeated soldiers
In retreat, frightened, dirty, the mouths
That sang so heartily when they marched in
Now closed. They had sung of triumph,

Their tiny lives had suddenly expanded,
Fitted with new futures, victims, others
To maltreat, the back of the mirror,
Now turned again, the fate of destiny.

He remembered it well, the humbled back
She saw again now. He was no army but felt
The lesson like a rabbit feels the hunter’s blow,
Imposed without mercy and


The war that never stopped coming back,
A guest who’s known to all, a toothless
Kiss, the language of intimate betrayal
Around him now again, remembering a past

He couldn’t share with anyone. His father,
A man in a dinner suit leaning on the railing
Of the boulevard, his mother alongside the future
Deceased, already wrapped in the time to come,

And he himself still hidden, the world a cloud
Without rules, and behind his parents the sea,
The warning no one wanted to hear, always
The same, the sound of indrawn breath,