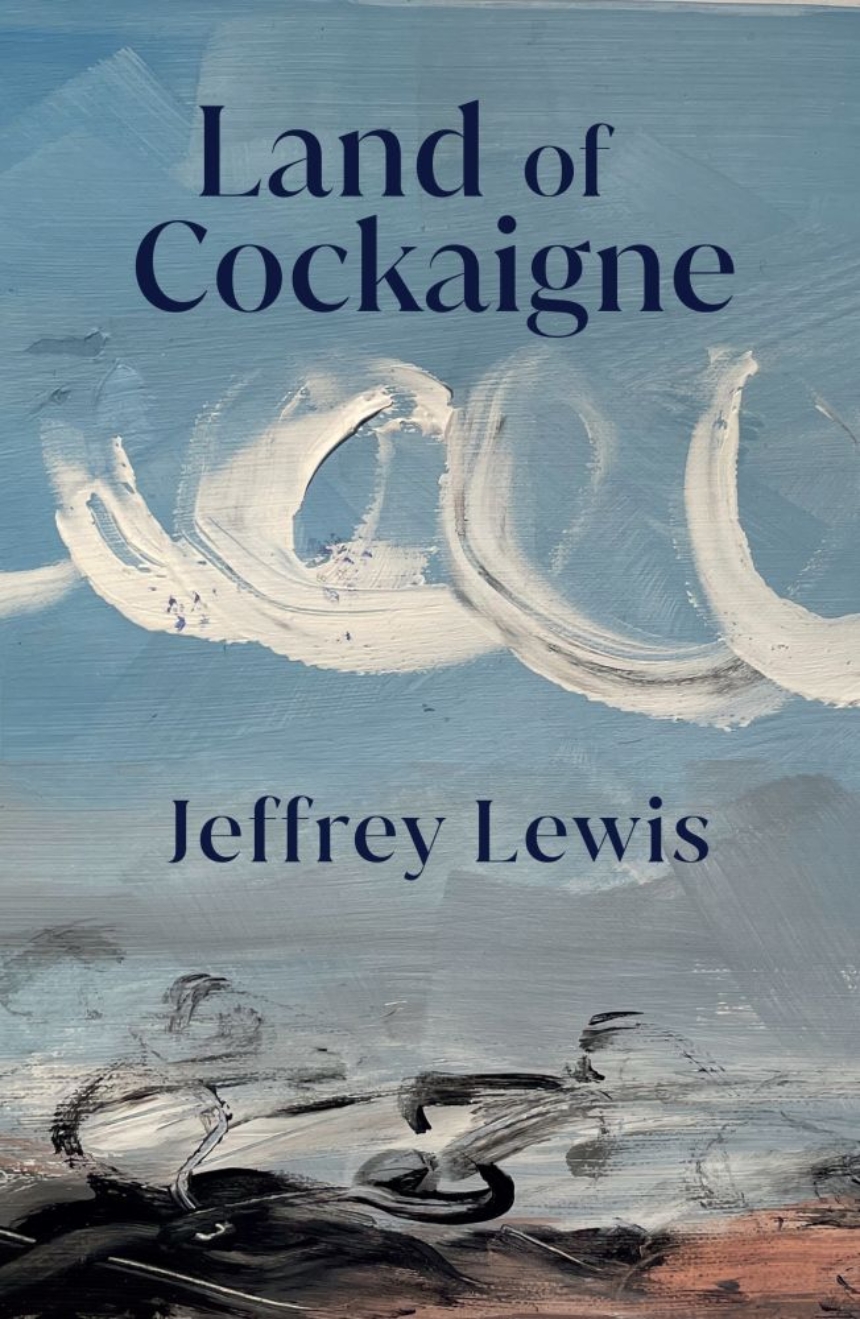 A novel written as a sharp parable of American society, addressing love, purpose, discrimination, and poverty.

In Jeffrey Lewis’s novel, the Land of Cockaigne, once an old medieval peasants’ vision of a sensual paradise on earth, is reimagined as a plot on the coast of Maine. In efforts to assuage their grief over their son’s death and to make meaning of his life, Walter Rath and Catherine Gray build what they hope will be a version of paradise for a group of young men from the Bronx. As Walter and Catherine work to reinvent this land, formerly a summer resort, the surrounding town of Sneeds Harbor proves resistant. The residents’ well-meaning doubts lead to well-hidden threats, and the Raths’ marriage unravels as Walter loses faith in democracy. Meanwhile, the Bronx boys, who have only ever known the city, try to navigate this new land that is completely alien to them. Written as a parable of contemporary American society, Land of Cockaigne is by turns furious, funny, subversive, tragic, and horrifying. Faced with the question of what to do amid disastrous times, Walter Rath offers a clue: Love is an action, not a feeling. Once you go down this path of faith, there is much to be done.

"'Cockaigne,' named after a famous Pieter Bruegel painting depicting social dissolution, is another tale tangled by the interventions of the people 'from away,' the legions of out-of-staters who alight in Maine, part-time or full-time. Their inevitable, and inevitably thwarted, agenda is to transform Maine into what they would like it to be, rather than what it is."

"I can’t remember the last time a novel left me this helpless with emotion. . . . A riveting, insightful and timely story of best intentions gone awry. The prose is so exquisite, the story so fresh and humane . . . Book club discussions will catch fire over this one!"

"This deeply humane novel, about an intricate relationship between born-heres and from-aways in a small Maine town, left me breathless, wordless, and grateful to be part of the human family. The story is riveting, the prose hypnotic. Lewis treats his flawed, beautiful characters with both a ruthless honesty and a rare generosity. I needed fifteen minutes to recover myself after I turned the final page. I’m sorry this blurb is inadequate. Let me just say: Unforgettable. I feel changed."

Monica Wood, author of The One-in-a-Million Boy, When We Were the Kennedys, and Ernie’s Ark

"Lewis takes us deep into the strange and conflicted heart of the imagined Maine community of Sneed’s Harbor. But this is more than a quaint story of locals and city folks wrestling over the final say; in Lewis' world, all the most modern moral vectors--of race, class, gender and technology--are at play, offering us a new way of understanding how even our most idyllic dreams of reinvention and redemption are never exempt from the very real and difficult gravity of the world. Land of Cockaigne is a beautifully written and highly inventive testament to grief, place, longing and love."

Jaed Coffin, author of A Chant to Soothe Wild Elephants and Roughhouse Friday