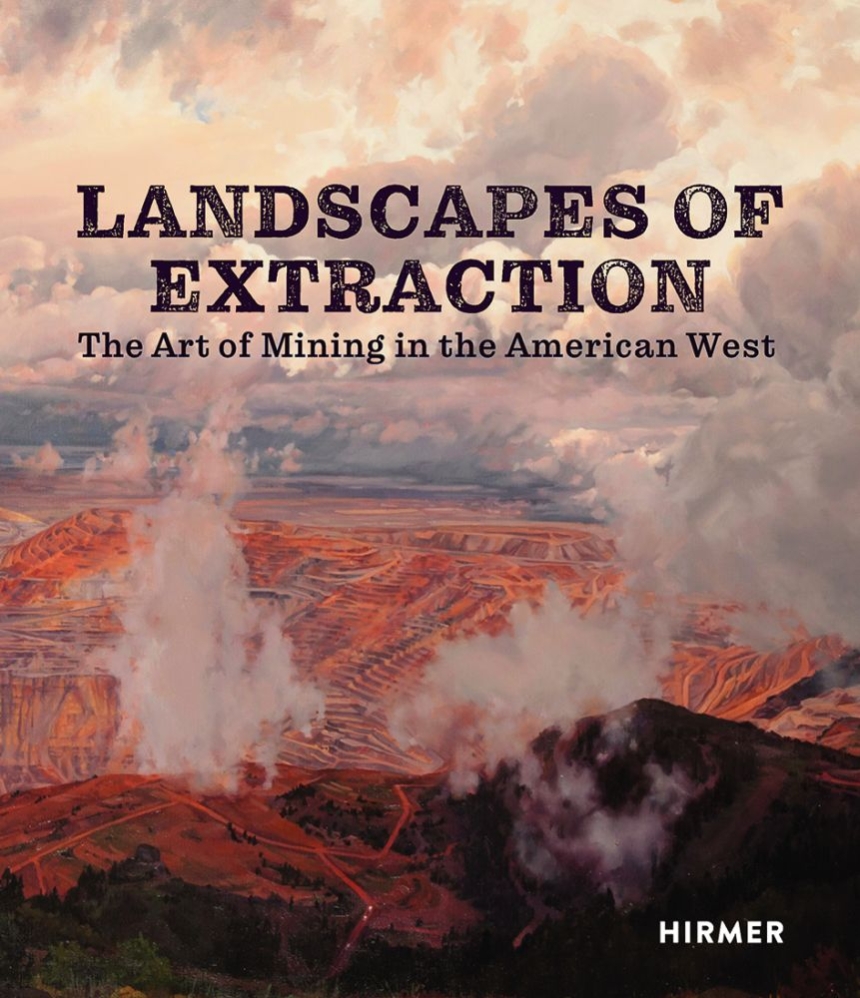 The Art of Mining in the American West

The Art of Mining in the American West

Works from an exhibition that proves mining can be as sublime as it is destructive.

Landscapes of Extraction explores the art of mining, which completely transformed the American West. These landscapes of enterprise altered the natural environment on a spectacular scale, with open-pit mines, coal tipples, and oil rigs. Yet artists have often found these scenes beautiful, even sublime.

The four scholarly essays presented here explore how artists have portrayed the mining industry in the American West from 1917 to the present day, examining more than eighty historical and contemporary works. The multiple landscapes created by large-scale mining inspired these artworks: the mines themselves, the towns that grew up around them, and the miners and their families who lived and worked there. The industry has shaped communities and landscapes throughout the West: Arizona, California, Colorado, Montana, New Mexico, Nevada, Oklahoma, Texas, and Utah. Over time, as public knowledge of mining practices increased, artists became more attuned to the environmental and health impacts of mining. From the late twentieth century onward, mining art became political, with many artists interested in exposing the vexed legacies of the industry.

Landscapes of Extraction reveals how a powerful regional narrative became a fundamental element of national identity, played out on a vast geographical scale.

"Landscapes of Extraction reveals the rich historical heritage of a significant body of regional art that was inspired by an important industry considered over a vast region. Extractive industries meant jobs and profits, yet they left legacies of altered landscapes, environmental degradation, and public health challenges, vexing problems that have been of particular concern for contemporary artists."

"Landscapes of Extraction: The Art of Mining in the American West is one part catalogue to a fascinating exhibition at the Phoenix Art Museum, and one part meditation on the featured artists and their work to capture these gritty mining landscapes."

"Created to accompany a Phoenix Art Museum exhibition by the same name, The Landscapes of Extraction focuses on more than 50 diverse, perceptively selected works, created in various media, that examine the manners and methods of extracting the mineral wealth of the American West. This is a handsomely and carefully illustrated volume. Complementing the visual chronicle of the mining industry are four succinct and engaging essays. . . . The catalogue itself reveals the diverse, distinctive visual manners in which this significant industry has been represented. The selected bibliography points readers to the most noteworthy publications on this subject. . . . Recommended."

“This well crafted, thoughtful exploration of artists’ grappling with a key industry holds appeal for both academic and popular audiences . . . .”