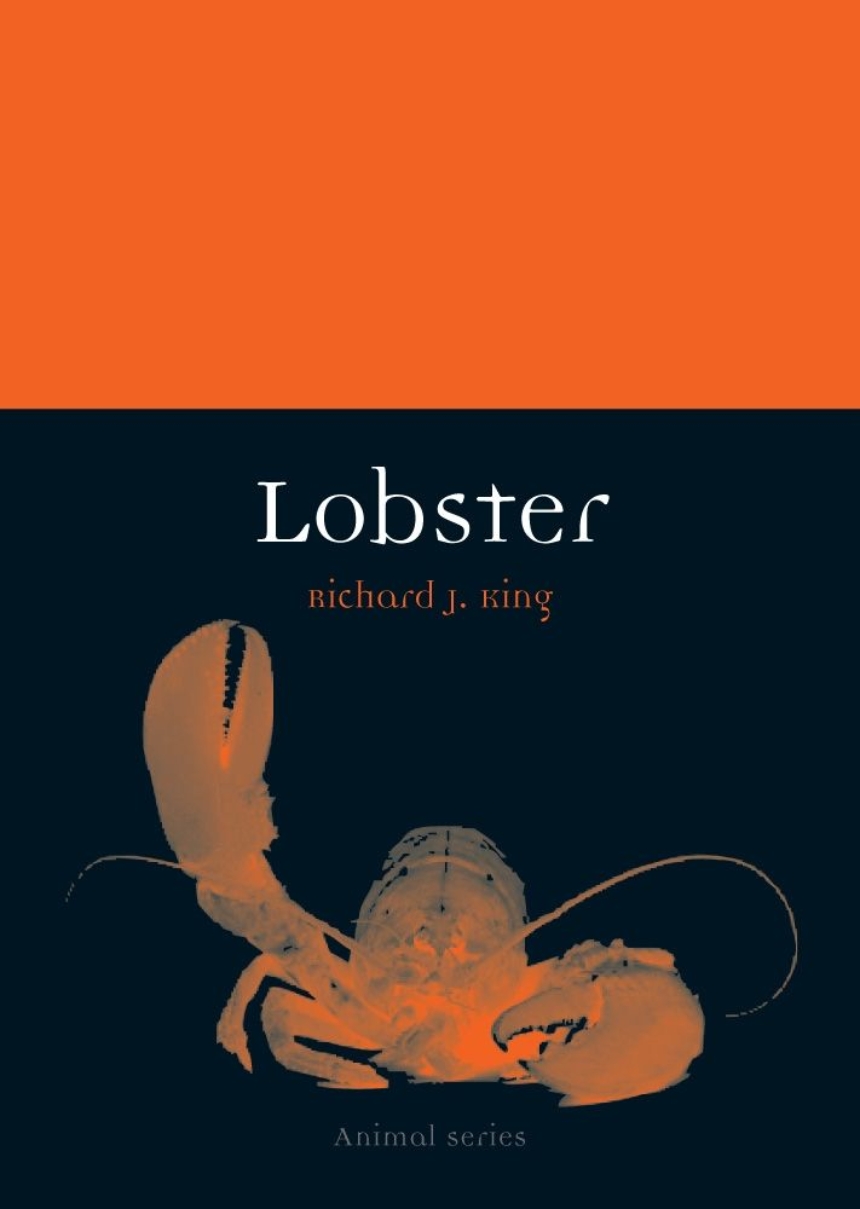 Other than that it tastes delicious with butter, what do you know about the knobbily-armoured, scarlet creature staring back at you from your fancy dinner plate? From ocean to stock pot, there are two sides to every animal story. For instance, since there are species of lobsters without claws, how exactly do you define a lobster? And how did a pauper’s food transform into a meal synonymous with a luxurious splurge? To answer these questions on behalf of lobster the animal is Richard J. King, a former fishmonger and commercial lobsterman, who has chronicled the creature’s long natural history.

Part of the Animal series, King’s Lobster takes us on a journey through the history, biology, and culture of lobsters, including the creature’s economic and environmental status worldwide. He describes the evolution of technologies to capture these creatures and addresses the ethics of boiling them alive. Along the way, King also explores the salacious lobster palaces of the 1920s, the animal’s thousand-year status as an aphrodisiac, and how the lobster has inspired numerous artists, writers, and thinkers including Aristotle, Dickens, Thoreau, Dalí, and Woody Allen.

Whether you want to liberate lobsters from their supermarket tanks or crack open their claws, this book is an essential read, describing the human connection to the lobster from his ocean home to the dinner table.

“[An] elegant little history of the world’s pre-eminent crustacean. . . . King’s witty and erudite portrait, illustrated with a wealth of images that demonstrate his passionate knowledge of his subject, may leave us feeling that the lobster deserves to be treated with more dignity. But provided our dinner has been traditionally caught, rapidly delivered and responsibly prepared, this book should only enhance our enjoyment.”

“In Lobster, Richard King, a self-proclaimed ‘lobsterologist’ (a word he invented, I think—I love it), offers a more personal excursion into the subject . . . Mr. King also introduces a great deal of cultural history, touching on a broad range of topics related to lobsters, including the lives of fishermen (or lobstermen, as we call them in New England), lobster-fishing techniques, and the role of lobsters in art . . . skillfully written.”

“Lobster is the latest in a series of books dissecting the life histories of various animals . . . There are no recipes, but you’ll learn about other lobster species worldwide and how they are used for food, and see lots of fun lobster-related memorabilia, from a lobster telephone to photos of naked women (one with Salvador Dali) with lobsters covering their private parts.”

“Nonfiction, about lobsters, just in time for summer.”

“Lobster takes its readers on a thoroughly researched, engagingly written tour of the anatomy of both the creature and our imaginings of it. The lobster, King explains, has existed simultaneously as the poor man’s bread and the rich man’s butter for centuries — a symbol of both hard life and decadence, as illustrated by the book’s rich offering of glossy 19th-century anatomical drawings, water-colored portraits, and photographs of seamen at work, trawling for ‘bugs.’”

“Sit back and savor this book of lobsteriana with a glass of white zinfandel and a shore dinner. Just be careful not to drip any melted butter on the pages—others in the family will want to read it, too.”

“The 41st title in one of our favourite series, the small, short but richly illustrated Animal books from Reaktion, is Lobster. Joining a roster that so far ranges alphabetically and in size of subject from Ant to Whale, Lobster considers the tasty crustacean’s culinary, natural and social history.”

1. What is a Lobster?
2. Dissecting a Bug
3. Ancient, Giant and Plentiful
4. Building a Better Lobster Trap
5. To Boil or Not to Boil
6. Lobster Tales
7. Feelers