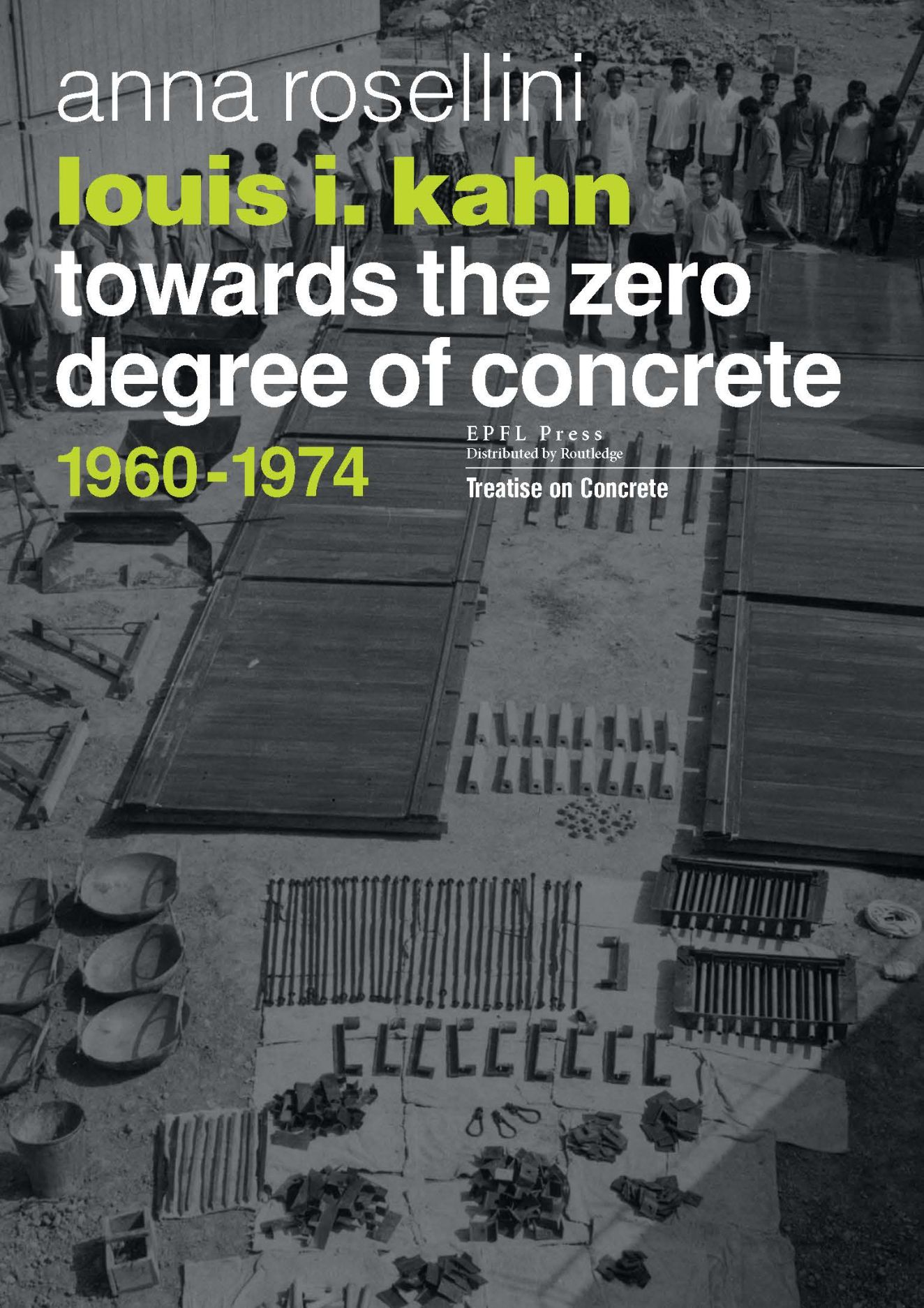 Louis I. Kahn -Towards the zero degree of concrete

Louis I. Kahn -Towards the zero degree of concrete

Through sheer determination and courage, Kahn has researched the nature of concrete in the form of precast, cast in place or blocks. Each of his renowned works in exposed concrete, such as the Yale Art Gallery, the Richards Laboratories, the Bath House, the Salk Institute, the National Assembly, the Kimbell Museum, the Exeter Library and the Yale Center for British Art, is itself an important chapter in the history of architecture for the exploration into concrete’s formal expression, beyond the lesson of Le Corbusier. Kahn’s obsession on concrete fabrication processes, on the formwork and the mix-design, is systematically examined in two volumes. They illustrate Kahn’s vision with documents that have never been revealed in other essays, drawing heavily from original sketches, plans, specifications, worksite photographs, and correspondences with collaborators, engineers, technicians and contractors. The first volume Exposed Concrete and Hollow Stones focuses on the first ten-year period of Kahn’s research on concrete. Moving through the many construction systems experienced by Kahn, from the discovery of exposed concrete in the form of béton brut at the Yale Art Gallery, to the precast and poured-in-place techniques, to the values of joint, growth and ornament, the essay culminates in the reconstruction of the artistic and technical characteristics of two great worksite, the Richards Laboratories and the First Unitarian Church and School. The second volume Towards the Zero Degree of Concrete covers the following fourteen years and leads the reader along Kahn’s path to the true “nature of concrete,” focusing on his main techniques and poetic discoveries such as the “liquid stone” of the Salk Institute, the “smooth finish” at Bryn Mawr, the expression of “growth” at the Dhaka Parliament and the concept of “monolithic” at the Yale Center for British Art.

Chapter one. The nature of concrete: the “liquid stone” of the Salk Institute / Chapter two. Confirmations of the smooth finish: the worksite at Bryn Mawr / Chapter three. Design and construction in concrete at Dhaka / Chapter four. Walls and vaults of the Kimbell Art Museum / Chapter five. Concrete and brick / Chapter six. Different forms of exposed concrete / Chapter seven. Delirious formwork: slip-form method for skyscrapers / Chapter eight. Towards the monolith: the Yale Center for British Art