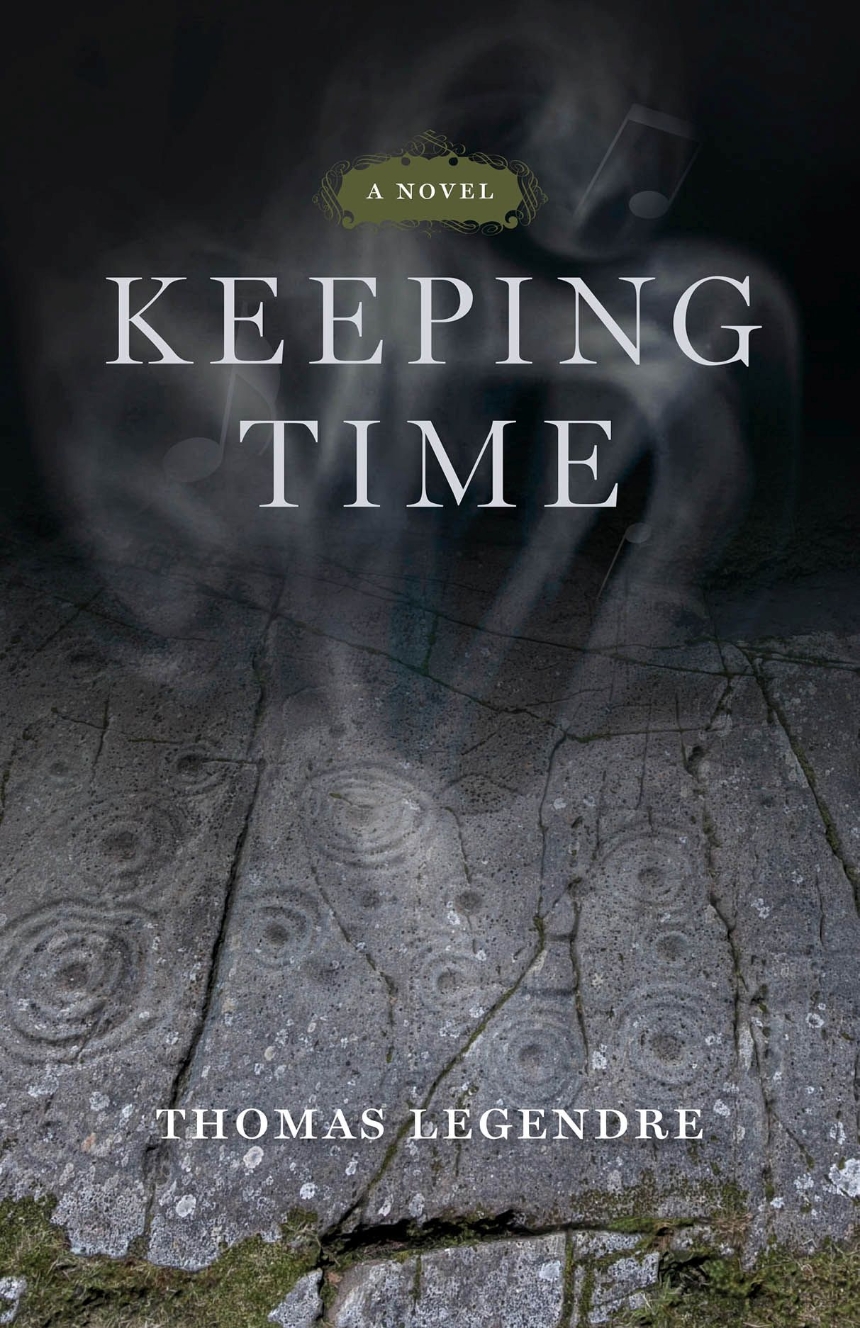 A crumbling marriage. An ancient mystery. And a way to change the past . . .

When archaeologist Aaron Keeler finds himself transported eighteen years backward in time, he becomes swept up in a strangely illicit liaison with his younger wife. A brilliant musician, Violet is captivated by the attentive, “weathered” version of her husband. The Aaron she recently married—an American expat—has become distant, absorbed by his excavation of a prehistoric site at Kilmartin Glen on Scotland’s west coast, where he will soon make the discovery that launches his career. As Aaron travels back and forth across the span of nearly two decades, with time passing in both worlds, he faces a threat to his revelatory dig, a crisis with the older Violet—mother of his two young children—and a sudden deterioration of his health. Meanwhile, Violet’s musical performances take on a resonance related to the secrets the two are uncovering in both time frames. With their children and Aaron’s lives at risk, he and Violet try to repair the damage before it’s too late.

David Nicholls, author of 'One Day'

“An intelligent and compelling novel. The story’s concerns with the lure of the past and the tensions between past and present are beautifully echoed in Aaron and Violet’s respective obsessions as archaeologist and musician, as well as in the dynamic between them as a couple. This complex exploration of time and the connections between worlds resonates beyond its reading.”

Alison Moore, author of The Lighthouse

“Keeping Time is a rich novel that explores the nature of a marriage and asks whether love is a monolith, a miracle of biology, or an artificial construct. Alternating between the late 1980s and the early 2000s, the story focuses on a crumbling marriage. After a promising, romantic start, Violet and Aaron’s connection has eroded. Two children, several career failures, and health issues sink them into the mire of disappointment. Then an ancient mystery makes Aaron hope that he can travel through time to correct the conflicts that threaten to split his family apart. . . . Keeping Time is a modern story with a fantastic deus ex machina at its core: if you could change the past, would you?”

“Thomas Legendre’s novel Keeping Time, new from Acre Books, is a liquid-prosed, dual-narrated time-travel romance. . . The question that haunts Keeping Time is less intellectual than personal, rooted in the specific character of Aaron and Violet and the troubled, passionate dynamic between them, because what kind of circle is this marriage, exactly, one floating serenely in stable orbit, one spiraling outwards into space—one circling the drain? Keeping Time succeeds as a novel by involving you in the contortionist pretzel that is a marriage in conflict.”

"...a rich and compelling novel with a time-travelling dual narrative."