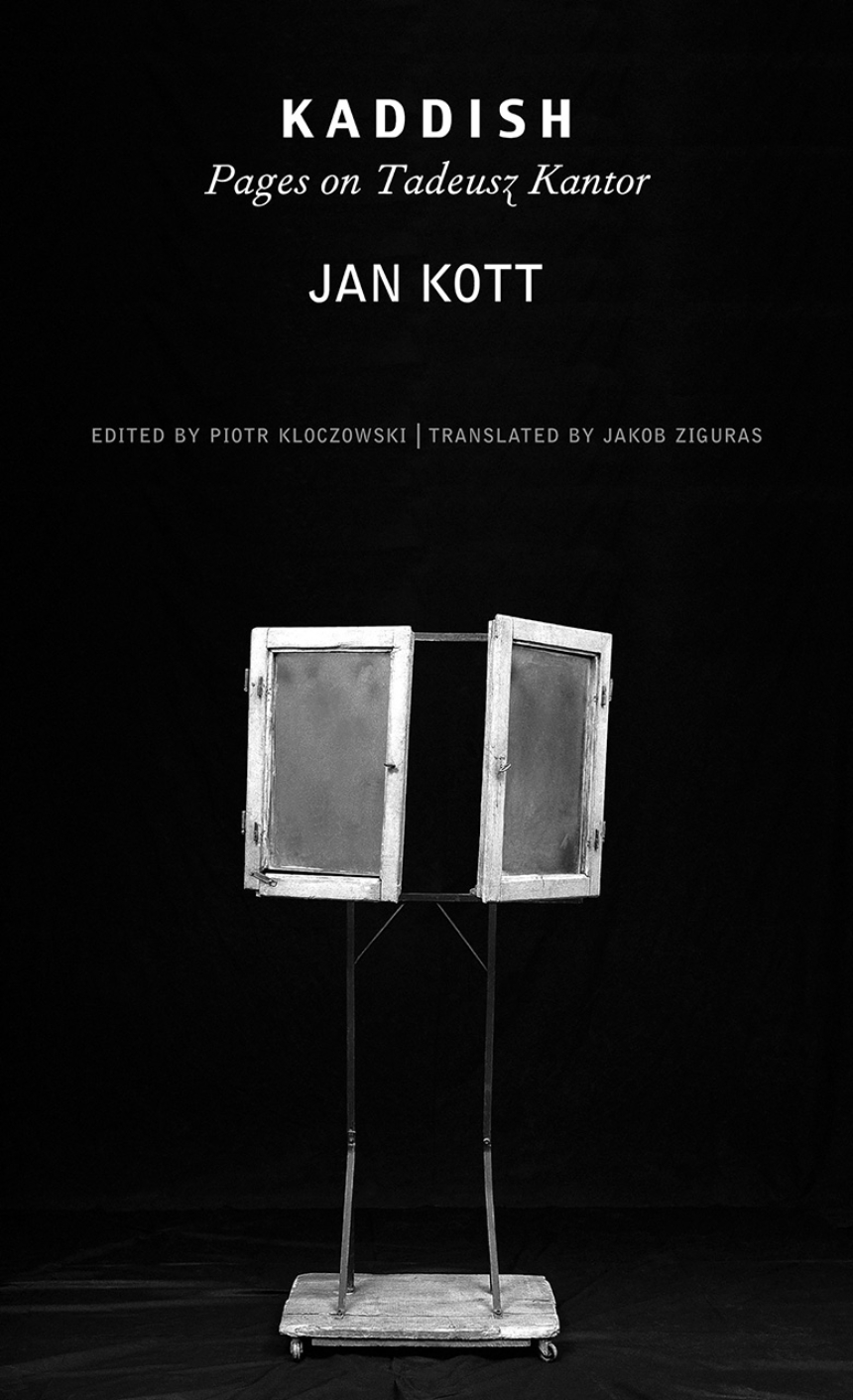 Edited by Piotr Kloczowski
Translated by Jakob Ziguras
Tadeusz Kantor (1915–90) was renowned for his revolutionary theater performances in both his native Poland and abroad. Despite nominally being a Catholic, Kantor had a unique relationship with Jewish culture and incorporated many elements of Jewish theater into his works. In Kaddish, Jan Kott, an equally important figure in twentieth-century theater criticism, presents one of the most poignant descriptions of what might be called “the experience of Kantor.” At the core of the book is a fundamental philosophical question: What can save the memory of Kantor’s “Theatre of Death”—the Image, or the Word/Logos? Kott’s biblical answer in Kaddish is that Kantor’s theatre can be saved in its essence only by the Word, the Logos. This slim volume, Kott’s final work, is a distilled meditation that casts light on how two of the most prominent figures in Western theater reflected on the philosophy of the stage.