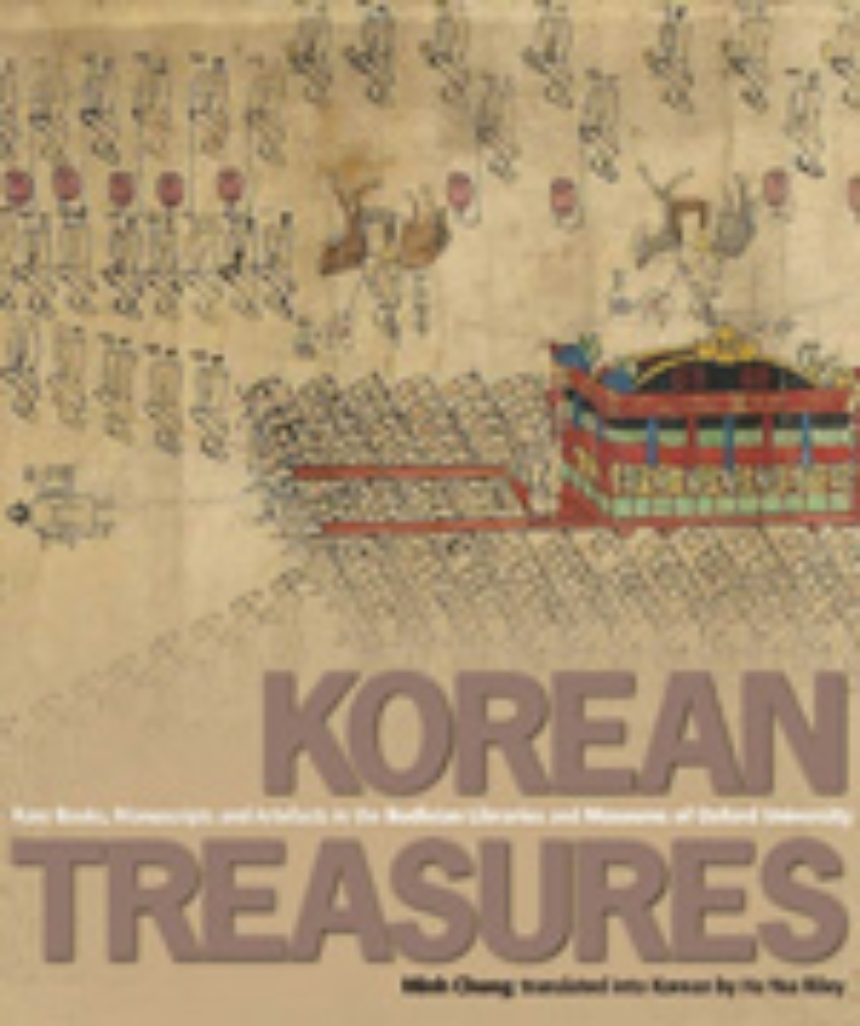 The Bodleian Library and the museums of the University of Oxford are home to many historically significant and valuable manuscripts, rare books, and artifacts related to Korean history and culture. Despite their importance, many of these items have been overlooked within the libraries’ collections and largely neglected by scholars. Korean Treasures seeks to change this by highlighting the many noteworthy and unusual archaeological relics and artworks in the collections and presenting them together in a single volume for the first time.
Notable items included here are the court painting scroll of the funeral procession of King Yongjo (1694–1776); a presentation edition of a book given by King Yongjo to his son-in-law; a group of documents issued by Emperor Kojong (1852–1919) between 1885–86 to confer various titles to his civil and military officials; a sundial made by the famous maker Kang Yun (1830–1898) for Emperor Kojong; a ceramic dish made and signed by Princess Yi Pangja (1901–1989) as well as a rare example of a suit of armor, an ornate helmet of the early sixteenth century, and a general’s quiver and arrows. In addition to the numerous color images of items from the collection, Korean Treasures provides a thorough overview of the extent of the Korean book collections in Oxford and a guide to the locations where some of these treasures can be found.

"This beautifully illustrated book will be welcomed around the world by scholars and readers with an interest in traditional Korea. Minh Chung’s scholarly and analytical text sets these treasures in the wider context of Oxford’s ever-expanding collections of books and other objects related to Korea and its timely publication will provide encouragement to those who believe that Korean culture does not receive the consideration it deserves in the modern West."—Keith Pratt, University of Durham