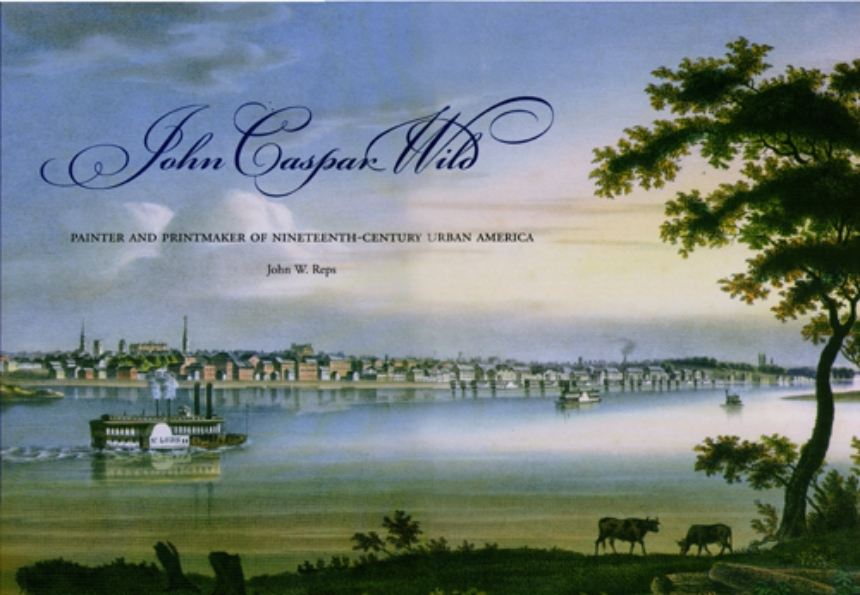 John Caspar Wild, expert painter and lithographer, produced some of the earliest known depictions of urban America in the nineteenth century. His paintings and prints of Philadelphia; Cincinnati; St. Louis; and Davenport, Iowa, among others, stand as valuable historical records of these cities in an era before large-scale industrialization changed their character.

The American career of John Caspar Wild began in 1832, when he arrived in Philadelphia from Paris to work as a painter, lithographer, and print colorist. Moving on to Cincinnati, he produced splendid paintings of that city’s skyline, its bustling river landing, and the impressive buildings at four of its major street corners.

Wild returned to Philadelphia to publish a series of townscapes, then moved to St. Louis and finally to Davenport, Iowa. In all these cities he recorded their appearance during a period of rapid growth. Wild also recorded on canvas and stone such neighboring towns as St. Charles and Carondelet, Missouri; Alton, Kaskaskia, Moline, and Galena, Illinois; and Muscatine and Dubuque, Iowa. These images, like all of his separately issued lithographs, are extremely rare and today can be found in only a few institutions.

This beautifully illustrated book presents Wild’s paintings and prints for all to appreciate, and a catalogue raisonné identifies all of his known works. The author draws on his previous writings about Wild—themselves based on specialized studies by earlier scholars—and adds much new information about the artist’s early years in Philadelphia and his accomplishments elsewhere. This talented but largely ignored artist who died well over a century and a half ago is thus at last provided the recognition he deserves.