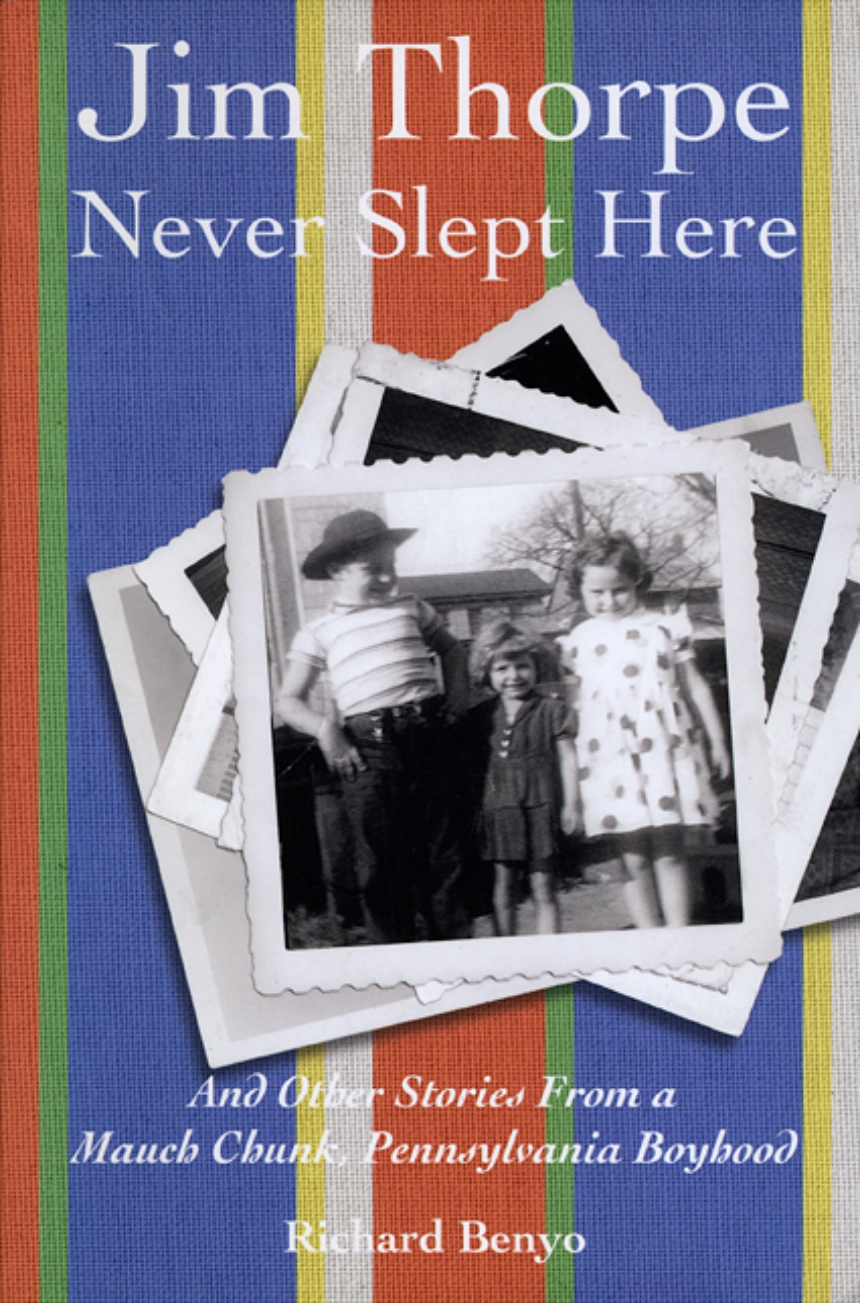 And Other Stories From a Mauch Chunk , Pennsylvania Boyhood

And Other Stories From a Mauch Chunk , Pennsylvania Boyhood

Jim Thorp never slept in Jim Thorpe, Pennsylvania, the town formerly known as Mauch Chunk and East Mauch Chunk. But through a combination of ambition, necessity, and sheer luck, these small towns became the final resting place of the great American Indian Olympic champion and in 1954 they legally changed their name to permanently commemorate his burial. Jim Thorpe Never Slept Here, a treasury of tales from a 1950s boyhood in a town surrounded by the mountains of the Pennsylvania anthracite coal region, is a passport to a lost land of childhood adventure, featuring an ancient river, old mine shafts, canal locks, hobos camps, the remains of millionaires’ mansions—and the hilarious antics of Richard Benyo and his buddies in the South Street Gang.
This memoir brings the 1950s alive—just as The Little Rascals did for the Depression—with its renderings of afternoons spent with baseball cards, cardboard forts, BB guns, playground bullying. and that first illicit sip of beer. Jim Thorpe Never Slept Here is a memorable, nostalgic account of all the trials, tribulations, and the rites of passage of growing up in post-war America.

The Dank Dark and Pistol Pete

Hurricane One (Roof by Frisbee)

The Journalist’s Life for Me

Gallant Knights and Their Ladies