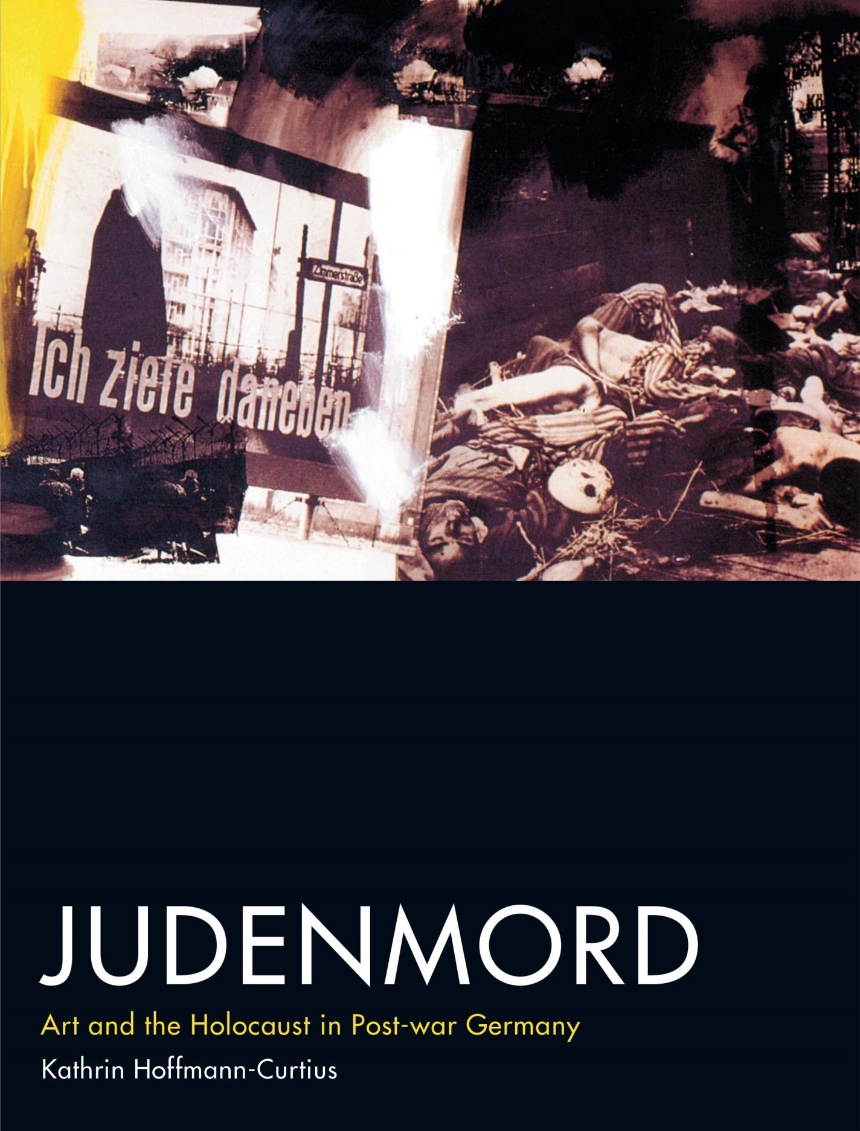 Art and the Holocaust in Post-war Germany

Art and the Holocaust in Post-war Germany

In remembering the Holocaust, we have largely ignored the contributions made by German artists in the first twenty years after the end of the war. But how did artists in Germany deal with their own experiences and relate these to what they saw, heard, and read about the Holocaust, and in what ways did these experiences shape the development of their ideas? What images of the Jews did artists present to the Germans after the end of the brutal Nazi regime? And did works of art not only contribute to the culture of memory but also to the reeducation of people, and to new ways of thinking in both East and West Germany?

Stretching from the end of the war to the modern day, Judenmord is the first book to explore works of art from Germany specifically that comment on the Holocaust. It presents paintings, drawings, and etchings that not only bring to light the persecution of the Jews, but also reveal how artists reacted to injustice in a social situation where the majority stayed silent. Featuring two hundred color reproductions of an unfamiliar array of works by artists such as Lea Grundig, Otto Pankok, Ludwig Meidner, Werner Tübke, Wolf Vostell, Joseph Beuys, and Gerhard Richter, and also including artwork by former camp inmates, Judenmord is essential reading for all those interested in the history of art and the Holocaust.

"A fascinating work. . . . The author brings to light the little-known works of German art made in the twenty years after the Second World War, which address the Holocaust. Hoffman-Curtius handles both West and East Germany, explaining the denial of German guilt that stifled both countries."

"Hoffman-Curtius’s excellent and informative new book Judenmord enters directly into this field of debate by expanding the art-historical frame of reference as well as exposing a more complex artistic response to genocide than scholars have previously assumed. . . . We have long waited for a more comprehensive source that lays out the history of postwar German art in relation to the Holocaust. This book achieves that very goal. It is a satisfying contribution that helps us decenter the market-driven narrative (and one must say chiefly driven from the United States) of what constitutes worthy subjects of art in post-war art history. . . . The dynamic between social silence and individual artistic response guides the text as a whole, making for a clear and unified work."

"A revelation. . . . Hoffmann-Curtius trains her perceptive eye on images that take the 'Judenmord'—her preferred term for the mass murder of Jews that she leaves untranslated—as their subject. Imbibing the lessons of earlier encyclopedic studies that attempted to contain the chaos of images and narratives into a collective experience, Hoffmann-Curtius treats the images that constituted the postwar culture industry in which the mass murder of Jews was brought into collective consciousness in Germany one at a time. . . . With its nonhierarchical and wide-ranging image bank, Judenmord is primarily a study of the multidetermined psychology of perception, representation, reception, and memory of genocide. . . . [A] startling and sensitive volume."

"‘This is the first discursive presentation of German art, from the immediate postwar years to the present, dealing with the suffering of the Jews during the Holocaust. Hoffmann-Curtius examines the meaning, form, and sources of images along with their creators’ intent and the occasions on which the work was presented. . . . All of it testifies to German awareness of the horror of genocidal annihilation of the Jewish people under Hitler and his henchmen. The hitherto largely ignored contribution by German artists includes graphic paintings and etchings depicting the sufferings of the Jews during World War II. . . . A raw reminder of history, Judenmord makes the reader a visceral participant in the horror of the Holocaust. The discussion is supported by meticulous documentation, notes, and 232 images (206 in color). . . . Recommended."

"This is a remarkable volume, filled with color plates and engaging historical and visual cross references, which aims to tell a story of twenty years of postwar artistic representation of the Shoah. . . . Hoffmann-Curtius’s study brings into searing clarity and context the significance of many early German examples of artists depicting Jewish suffering during the Holocaust."

“Artists and theorists have declared in uncounted statements that it is impossible to represent Auschwitz and that autonomic art is not at all assigned to depict facts. Isn’t it a justification? Hoffmann-Curtius’s book therefore has to be considered as a ‘despite-book,’ reading art history against the grain, against denial and claimed impossibility of depiction.”