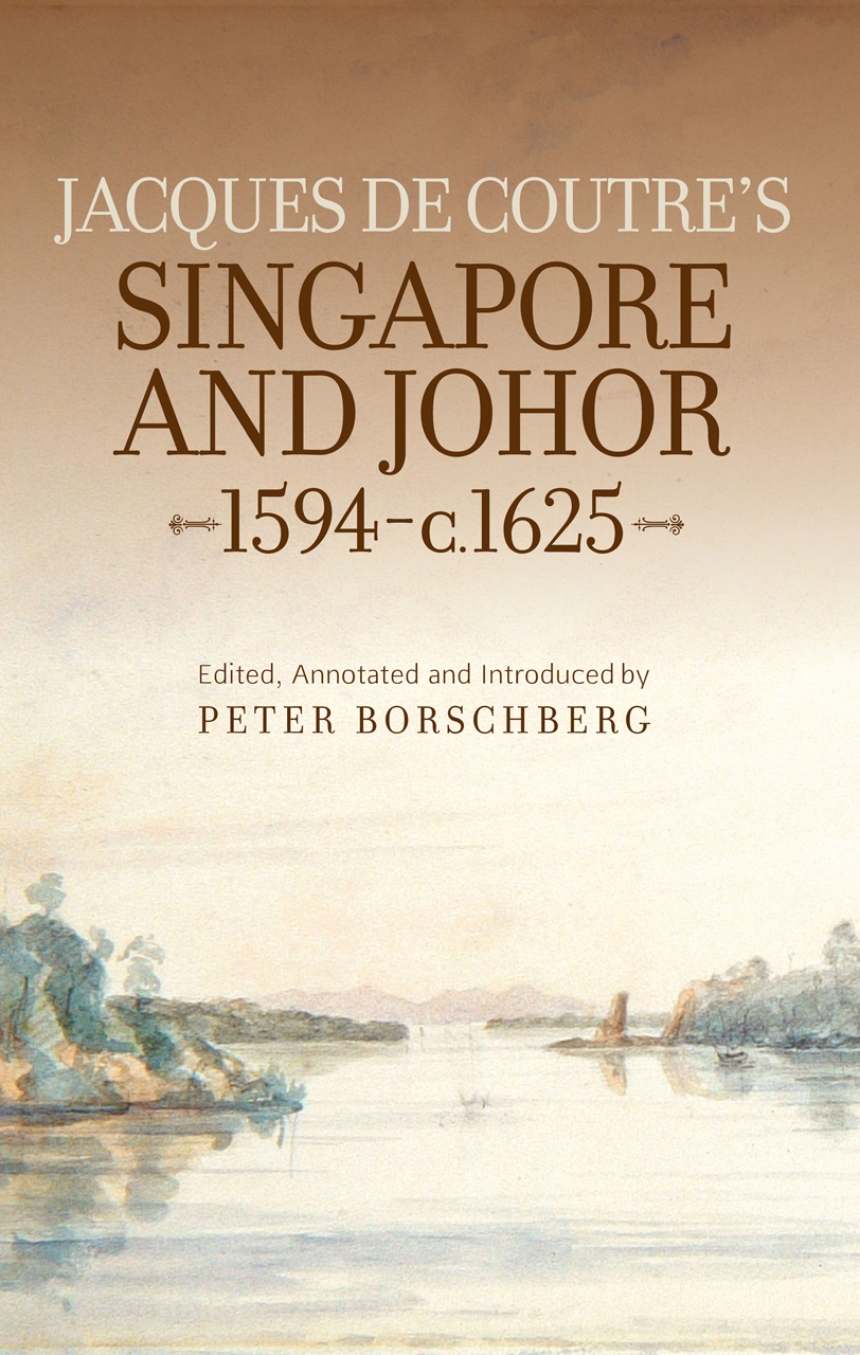 The Flemish gem trader Jacques de Coutre visited Southeast Asia in the early 17th century, and his lengthy account of his experiences provides a glimpse of Singapore, Johor and the Straits of Melaka during an era for which little written material has survived. This special edition, which presents highlights from the full translation, is designed to provide students, teachers and the wider public with a glimpse of this tumultuous region when it was still controlled by local rulers, and Western colonialism was just gaining a foothold. The author describes dangerous intrigues involving fortune hunters and schemers, as well as local rulers and couriers, adventures that on several occasions nearly cost him his life.


The manuscripts come from a bundle of documents preserved at the National Library of Spain in Madrid that includes De Coutre’sautobiography and several memorials to the Crowns of Spain and Portugal. Chapters from the autobiography have been excerpted from book I, which covers the writer’s life in Southeast Asia between 1593 and 1603. A glossary and list of place names provide information about officials, goods and places mentioned in the text that will be unfamiliar to readers of English.

THE LIFE OF JACQUES DE COUTRE
Book I, Chapter III: The journey I made to the kingdom of Pahang in the year 1594 and the events that I experienced

Chapter VI: About the voyage I made from Melaka to the kingdom of Johor in 1594 and what happened to me

Chapter VII: How I went to the kingdom of Siam, accompanying an embassy that the captain of Melaka sent in the name of His Majesty. What happened to us until we reached the port of this kingdom in the year 1595

Chapter XIX: The reason why the king of Johor gave orders to kill some 50 Portuguese and many other local Christians from Melaka, from among whom two of my slaves and I escaped. A description of the same journey until I reached Melaka

MEMORIALS
How one can do great damage to the Dutch

Information about building some castles and fortresses in the Straits of Singapore and other regions of the South, etc

Information for Your Majesty to remedy the Estado da Índia. Part II