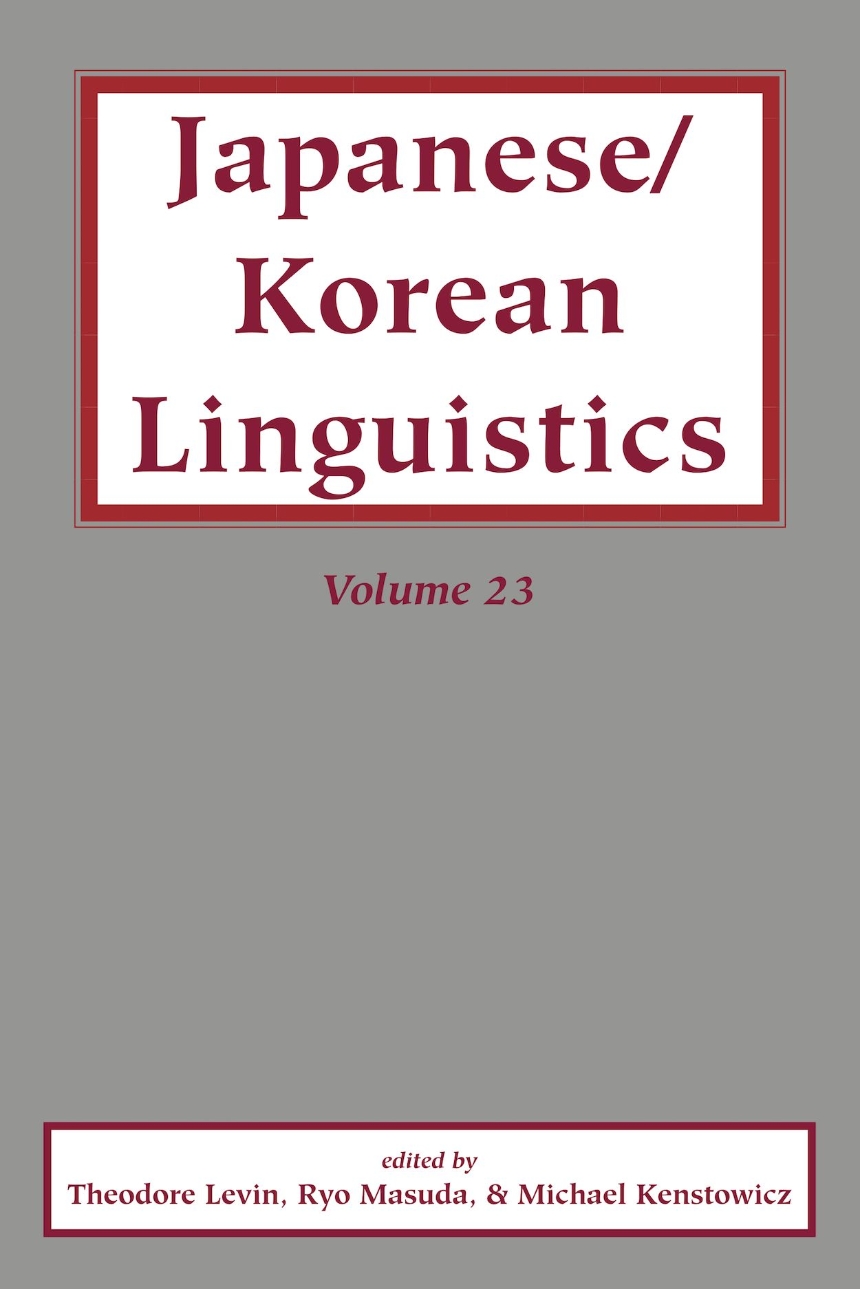 Japanese and Korean are typologically similar, with linguistic phenomena in one often having counterparts in the other. The Japanese/Korean Linguistics Conference provides a forum for research, particularly through comparative study, of both languages. The papers in this volume are from the twenty-third conference, which was held at the Massachusetts Institute of Technology. They include essays on the phonology, morphology, syntax, semantics, historical linguistics, discourse analysis, prosody, and psycholinguistics of both languages. Such comparative studies deepen our understanding of both languages and will be a useful reference for students and scholars in either field.