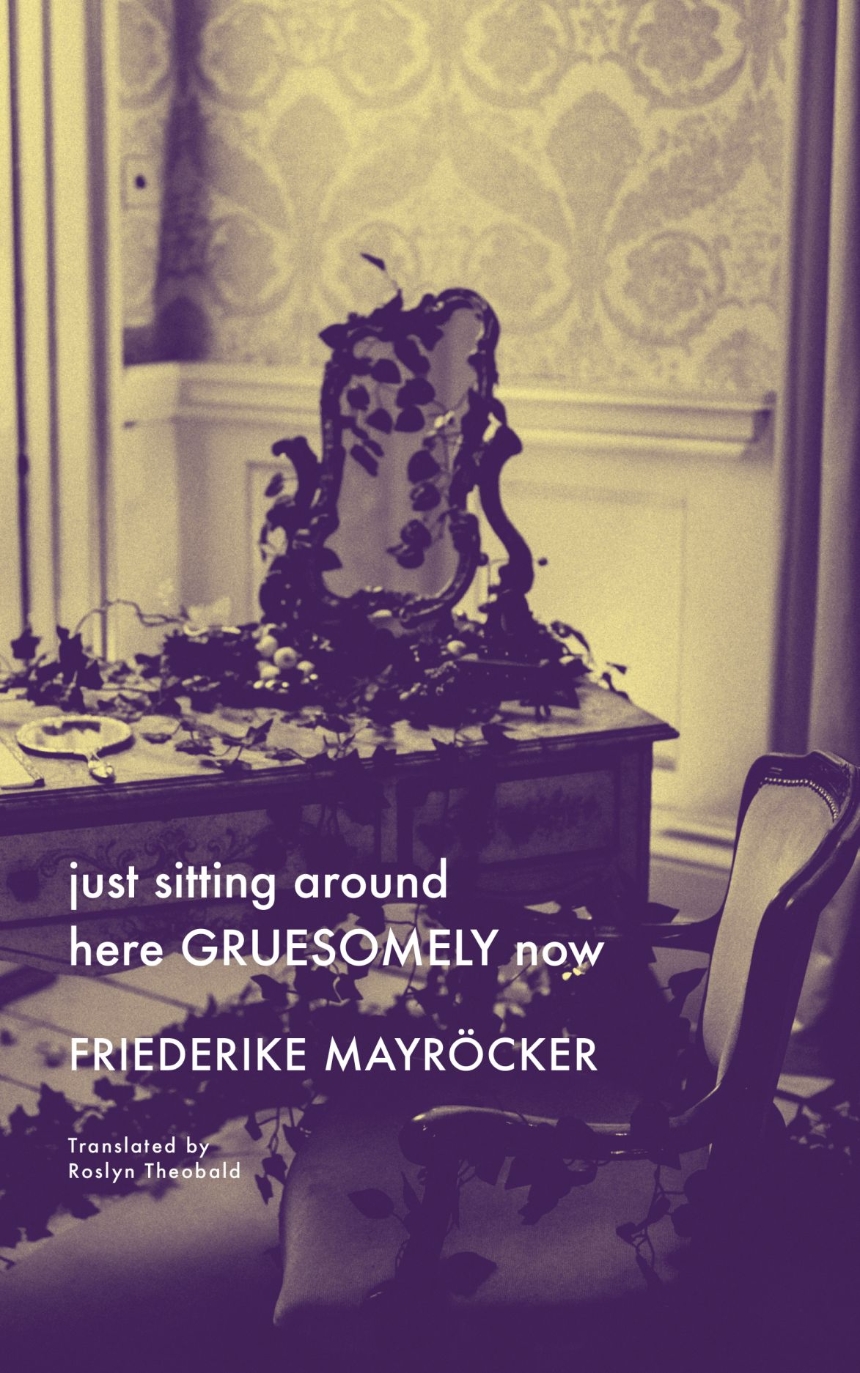 It is summer in this book, even if nature often does not hold to summer. The flowers either have tiny buds or have long since withered. It is summer in the book, asserts Mayröcker’s work, because the summer light is switched on: sometimes blazingly bright, sometimes darkened with thunderclouds. At the same time, there is a magical light in this writing. In these stream-of-conscious prose poem meditations, Mayröcker formulates a poetics of simultaneity of all that is not: “not the scenes I remember, rather, it is the sensations accompanying those scenes.”

Strictly composed in form and language while luxuriantly proliferated in daydreams and nightmares, just sitting around here GRUESOMELY now is a significant volume in the radical late work of the great Viennese poet.