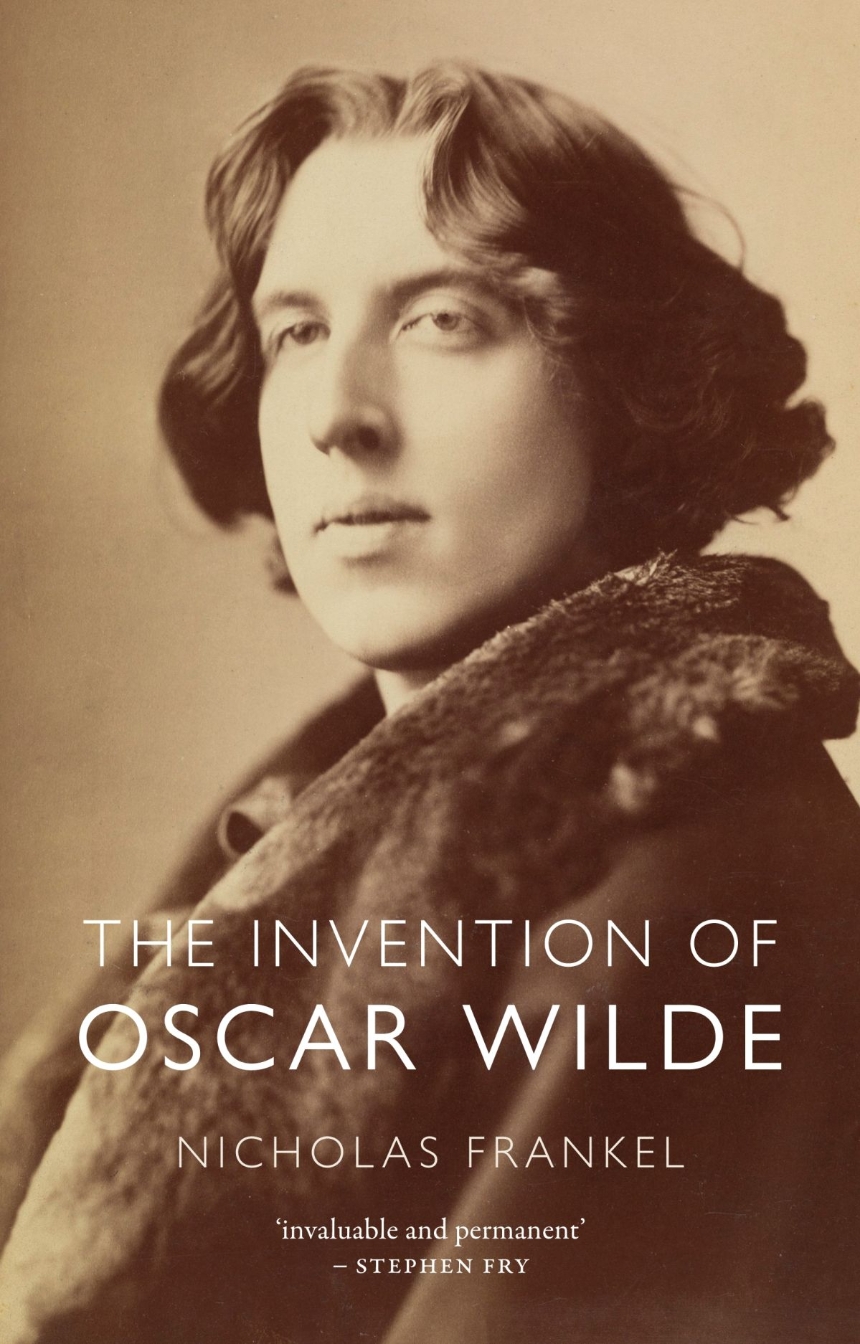 The Invention of Oscar Wilde

The Invention of Oscar Wilde

“One should either wear a work of art, or be a work of art,” Oscar Wilde once declared. In The Invention of Oscar Wilde, Nicholas Frankel explores Wilde’s self-creation as a “work of art” and a carefully constructed cultural icon. Frankel takes readers on a journey through Wilde’s inventive, provocative life, from his Irish origins—and their public erasure—through his challenges to traditional concepts of masculinity and male sexuality, his marriage and his affairs with young men, including his great love Lord Alfred Douglas, to his criminal conviction and final years of exile in France. Along the way, Frankel takes a deep look at Wilde’s writings, paradoxical wit, and intellectual convictions.

"This new biography of Wilde takes us on a journey through his inventive, provocative life, taking a deep look at his writings along the way."

“Oscar Wilde is an icon to both writers and the LGBTQ+ community. He assumed many roles throughout his life: poet, art critic, dandy, Englishman, self-promoter, playwright. He also had many roles assigned to him by others: copycat, poseur, genius, defendant, convicted criminal. Frankel unpacks and examines each of these labels, how they interacted with each other, and how they have continued to influence public perception of Wilde’s legacy from his death to the present day. . . . Frankel employs close readings of Wilde’s works to reveal the impact of the people, events, and revelations that shaped him throughout his life. Pictures of Wilde, and of contemporary satirical portrayals of him, demonstrate this link between man and image. Even those who already know Wilde’s story by heart will enjoy Frankel’s detailed analysis of the way Wilde influenced, and was influenced by, those around him. The Invention of Oscar Wilde shows how the famous writer and aesthete built up his public image so successfully that it still resonates today.”

"In his latest book about Wilde, Frankel focuses on the author’s deliberate self-reinvention, predicated on a desire for fame. . . . This lively biography paints a colorful portrait of the writer as public relations master and trendsetter."

"Oscar the man, Oscar the life, Oscar the tragedy, Oscar the standard bearer for art, Irishness, queerness, intellect and wit we all know. But there is Oscar the idea too: the symbol, the representative, the totem, the global icon which looms above the other identities. It is an identity whose construction Wilde himself began, but on which subsequent generations build. There is no one better to unwrap the mystery and challenge of this Oscar than Frankel, whose previous work has already established him as one of the world’s foremost Wildeans. This book is such an invaluable and permanent addition to the literature."

"Gay icon, influencer, playwright, wit: there are many Oscar Wildes, and in this sympathetic and fast-paced biography Frankel captures them all. It is the perfect introduction to a writer who not only invented himself but also helped to create the modern world."

Robert Douglas-Fairhurst, author of "The Story of Alice: Lewis Carroll and the Secret History of Wonderland" and "Becoming Dickens: The Invention of a Novelist"

"In this compact yet intricate examination of Wilde’s paradoxical, provocative life, public and private, Frankel lauds his subject’s uncompromising revolt against cruel, hypocritical Victorian piety. Frankel’s recognition of the role women played in informing Wilde’s work and fueling his meteoric rise helps re-balance a life too often examined almost exclusively through his associations with men."